Last night I was searching for any sort of sports that didn’t involve a bunch of talking heads picking chalk in their bracket and I learned two things.
1. The NFL Network is showing RedZone Channel repeats every Sunday. Going back and reliving a time when it looked like the Bills were going to be contenders after beating up the Colts, two plays had Ameer Abdullah looking like a front-runner for rookie of the year, and the Rams were beating the Seahawks and announcing themselves as NFC contenders was great and I can’t wait to do it the next 16 Sundays.
2. ESPN News was showing their Heroes of the Dorm bracket selection show.

I think we all remember KFC’s breakdown of last year’s Heroes of the Dorm legendary championship. So now we can pile this collection of “I’m not sure if it’s intentional or unintentional comedy” with all the other entertainment options we are going to get in the coming month (March Madness, baseball starting, Thrones coming back, etc). And for those of you that say competitive video gaming isn’t a sport, lest I remind you of what that random Latvian bird said to my new best friend back in Riga. Wideo game athletes have six packs AND get the ladies.

A look at our panel gives us this guy, who is probably wondering if all those journalism classes were worth the student loan debt so he could cover a tournament for nerds. I can tell you one thing. Goose Gossage definitely does NOT approve of this tournament. 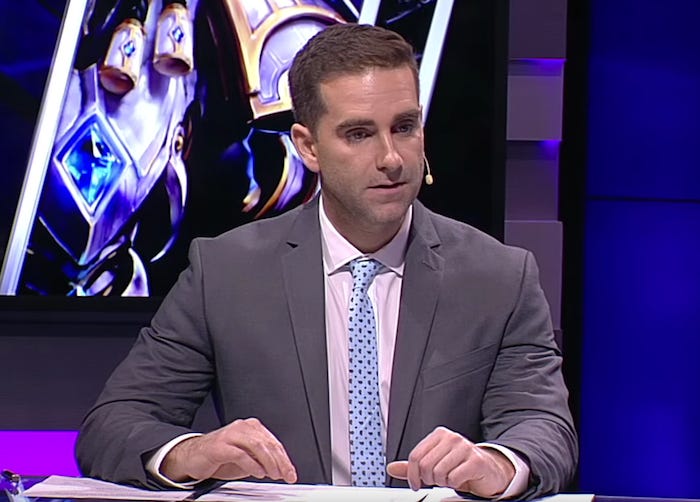 Jaycie Gluck doesn’t register much of the civilian hotness scale, but she is probably somewhere in the Vida Guerra during the early 2000s range of gamers. Just pictures of her from magazines littering dorm walls in between the Mountain Dew bottles and empty Doritos bags. 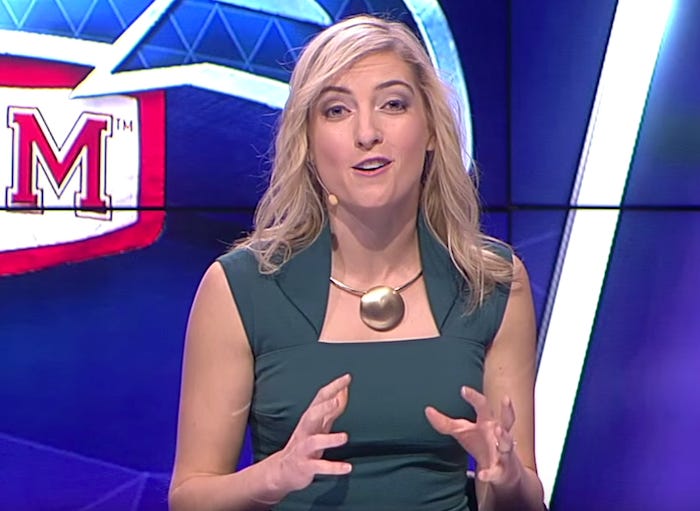 I know people say that you can never count out UConn in March, and that apparently remains the case in eGaming. Could Monkeylamps be the next Kemba Walker or Rebecca Lobo? Signs point to “Definitely Yes”. And if you don’t at least chuckle at the name Monkeylamps, I don’t know what to tell you. 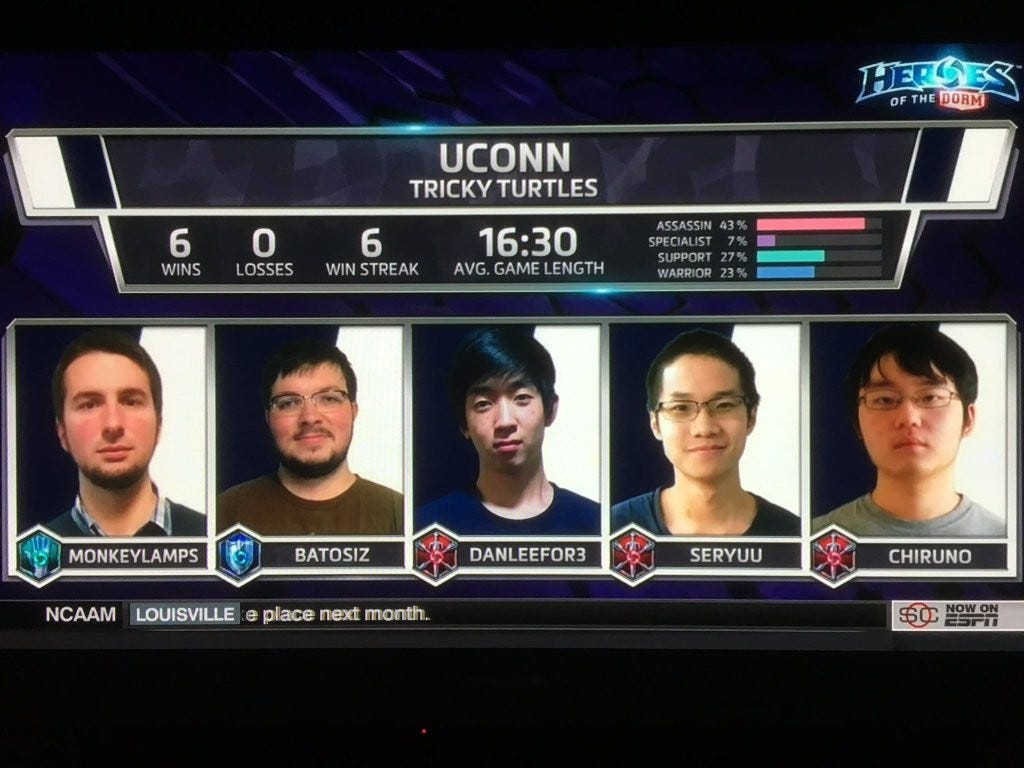 University of Texas registering in with two apparent shadow figures and a white guy named Mist. Gotta say that having two people scared to show their face on TV is a strike against Texas, but an Asian guy rocking glasses with a charcoal tint and what appears to be a dirt stache gives them some serious potential. Think West Virginia under Bob Huggins on a good year.

The University of Illinois checks in with an interesting team. I am just going to come out and say it. If Guts had a different roommate freshman year, he definitely would be doing cooler stuff than playing in the Heroes of the Dorm tournament.

This WOULD be what the Arizona State team looks like. And they probably still have all had sex with more good looking girls than you and your friends. Life isn’t fair, man. And I cannot even imagine what Gronk did during his time at the University of Arizona.

Only one shadow figure playing for the University of Toronto. And we get a female player. The name “Lucky Swan” has to be an ironic handle, no? 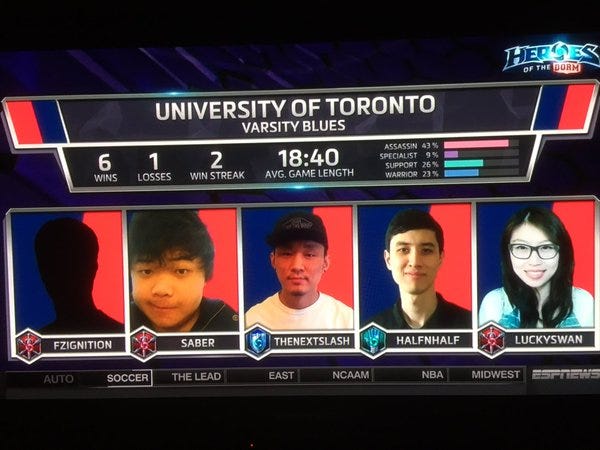 And shout out to the Florida State team knowing their current events and zinging former QB/current millionaire Jameis Winston. This team definitely reads the newspaper.

So it looks like we have something to look forward to every Saturday for a while if you are still drunk from the night before and cannot go back to sleep. Hoping for some more great memories coming from these shredded wideo game players.