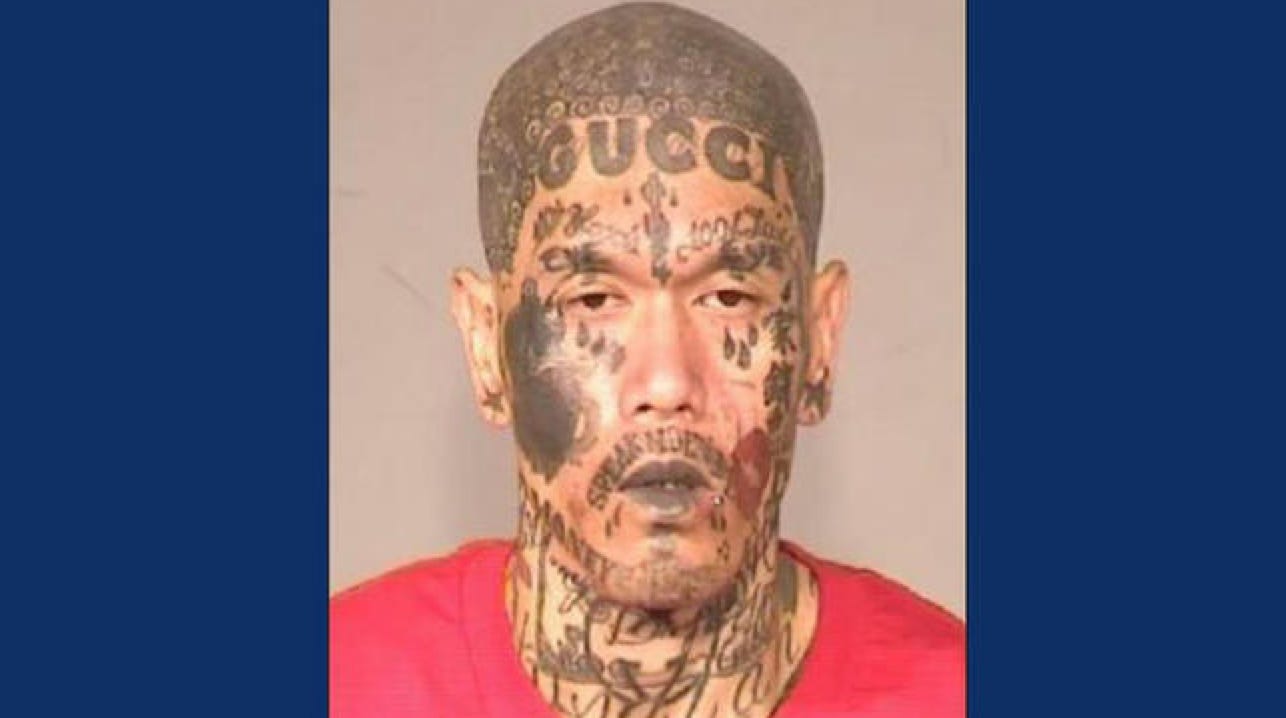 NBCLA- A traffic stop in California’s San Joaquin Valley Monday led to the arrest of a gang member and helped police uncover a cache of firearms and a marijuana grow house, authorities said. A traffic officer stopped a driver near East Kaviland and South Holloway avenues around 5:40 p.m., according to Fresno police. The man was identified as Khamprasong Thammavong, a 33-year-old documented Laos Blood gang member.  The officer who stopped Thammavong found that the Fresno resident was on an AB 109 probation, meaning that he had served a prison sentence for a non-violent crime and was under supervision after his release. With help from the Southeast Violent Crime Impact Team, police took Thammavong into custody and went to his Hoxie Avenue residence, which they said on Facebook is open to search and seizure.

Classic profiling. I guess you can’t get face tattoos nowadays without people thinking you’re a criminal. After all the work Mike Tyson has done to play down the stereotype that people who get permanent ink injected into their faces are crazy. Oh what, because a guy has GUCCI tatted across his forehead that makes him a gang member? That makes him a person who runs guns and drugs? Maybe he’s just a big fan of their fashion and leather goods. Ever think of that? Nope you didn’t. Everyone always instantly thinks the worst of everyone else because that’s how our society is now. In the words of the great Bunk Moreland, “Makes me sick mother fucker, how far we done fell.” As for the Speak No Evil tattoo for a mustache, perhaps he lives of a life of clean language. Clean language, clean music and a clean lifestyle. Not a swear word comes outta that mouth. My guess is he isn’t a gang member at all. I bet he volunteers at the local homeless shelter and serves soup to the less fortunate.

What’s that now? They found this in his car? 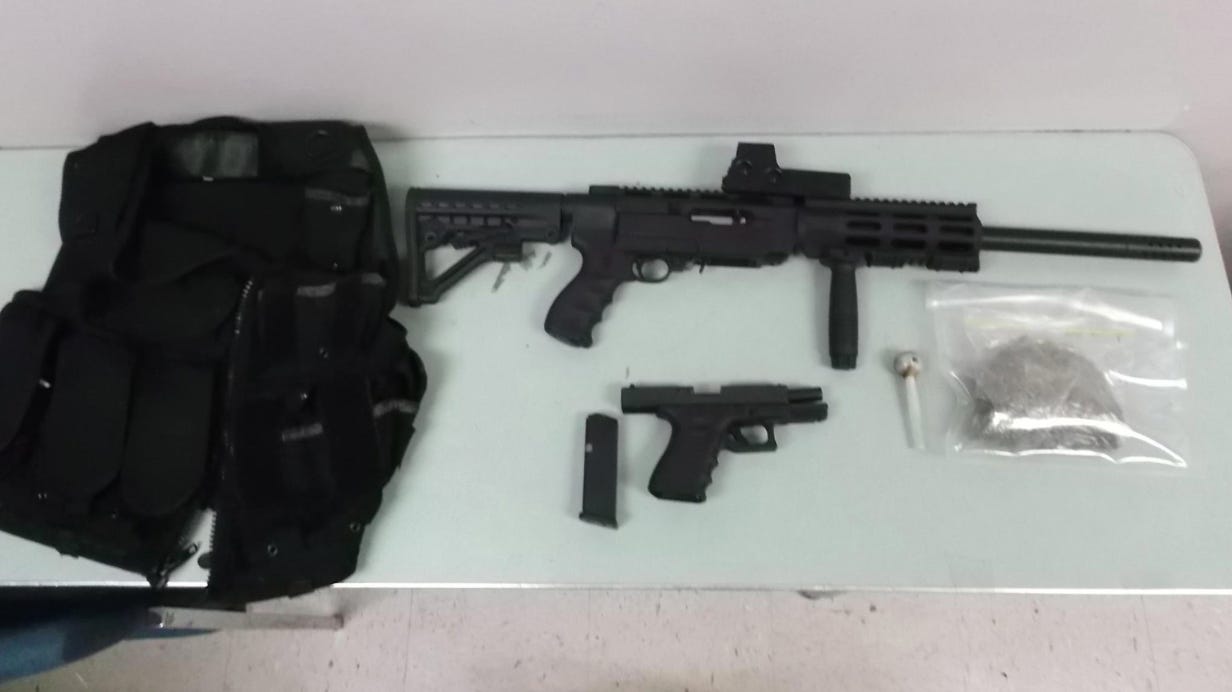