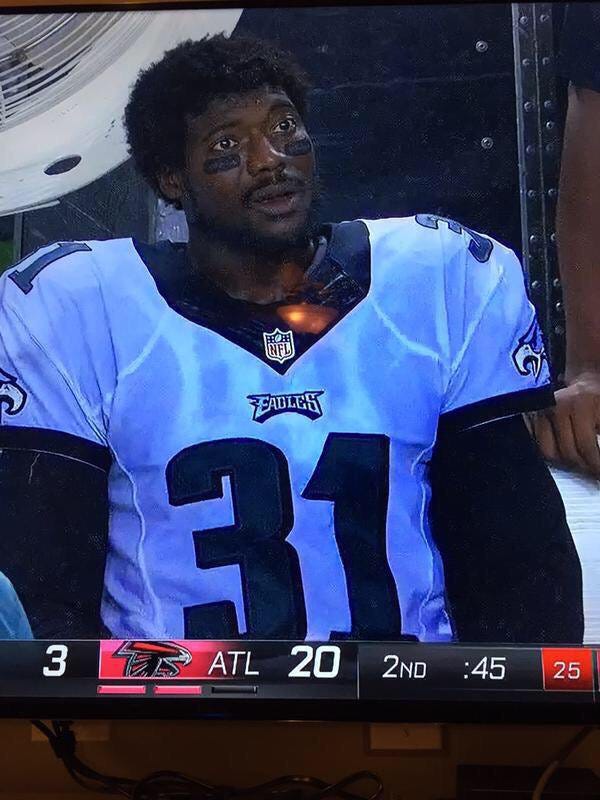 PFT - Wednesday morning brought word from Ed Werder and Chris Mortensen of ESPN that the trade between the Dolphins and Eagles involving cornerback Byron Maxwell and linebacker Kiko Alonso might be called off because of concerns about Maxwell’s shoulder that arose during his physical. Werder followed up to say that “as of now” the deal is dead, although other reports indicate that isn’t the case. Armando Salguero of the Miami Herald reports that the Dolphins are “gathering more information” on Maxwell’s shoulder injury, which kept him out of the final two games of the regular season, and determining their “comfort level” moving forward with the deal. Salguero adds that the Dolphins’ hesitation “isn’t [an] attempt at [a] screw job.” The deal was expected to include a restructuring of Maxwell’s contract and was expected to include a swap of 2016 first-round picks that would have jumped the Eagles from No. 13 to No. 8 with the Dolphins going in the other direction.

Of course. Oh, Ms. Maxwell, your shoulder still hurts to the point were a source said you couldn’t/refused to do a single push up for your physical?

If this isn’t the most typical Philly thing to ever happen. I was skeptical of this trade at first because of the reasoning behind it (FU Chip) and, honestly, I didn’t think we’d get much in return. But once reports came out of the compensation it was obvious that Howie used his shrewness to make another snake play. And now we’re stuck with the worst situation possible. A Byron Maxwell with a still unhealed shoulder/hymen who may suit up in midnight green again after the team and fans essentially said fuck off. That’ll play over well with a guy who’s temperamental ego is such shit you could see him yelling into the stands in between plays while on the field. Not to mention Kiko Alonso has already met with the coaches in Florida and was already making moves to have his locks flow at the beach. The whole thing just stinks, and unfortunately, there may not be a way out of it at this point.

And even more “Of Course” – I actually had a long blog that actually complimented Howie Roseman ready to roll once this deal went through for snagging the #8 overall pick along with, allegedly, a 4th rounder. Now? Bumpkis. If the sun shines on a dog’s ass every once in awhile then I must be tucked in the darkness well underneath the balls and taint.

Pray for my father.