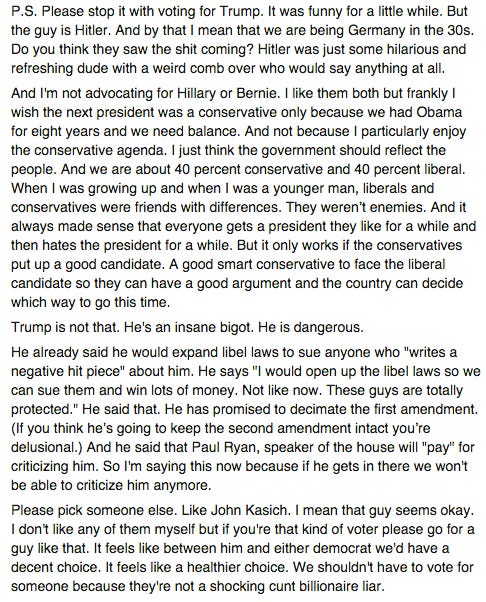 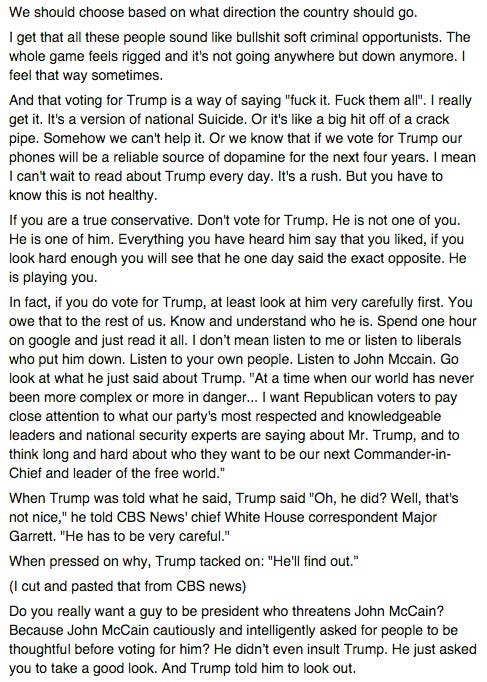 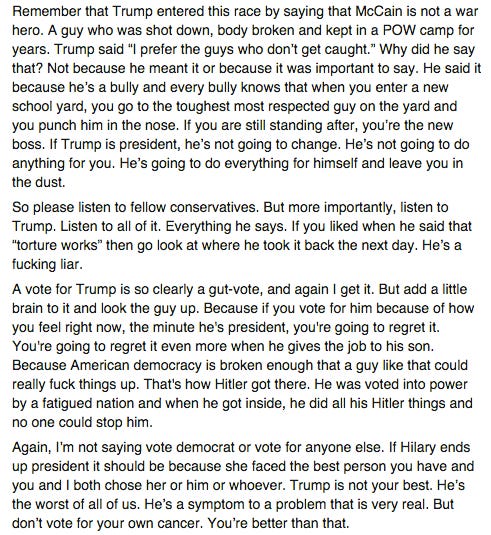 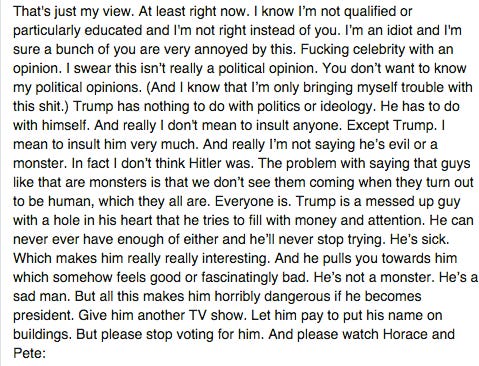 Wellllll, shit. Louis CK pretty much summed up what most rational, thinking people with two eyes, two ears, and a brain think. While I’m all in on Trump as the most entertaining human being on Earth right now, I’ve been off Trump as a viable presidential candidate for a while. He’s just too crazy, too much of a sociopath. He’s an expert at pandering though, that is for sure. The way he panders and says all the right things to cater to everyone is quite incredible. And boy did he strike gold this election season. Not one likable candidate among the bunch. Pretty sure Joe Biden could announce he’s running tomorrow and have the election wrapped up by Wednesday. Kasich is pretty normal- I’m pretty sure he’d win this thing if it was like…1970. He just doesn’t have any sort of wacky soundbites, he doesn’t lose his temper, he doesn’t say anything outrageous. Just mild-mannered and has reasonable answers to everything…hence why he’s so far back in the polls. Politics is so outrageously weird how it’s morphed into this game, and Trump is playing it perfectly. He knows most people are dumb, and if he plays both sides of every issue and tells people what they want to hear, he’ll win them over.

PS: I don’t think Trump will actually win the presidency- someone will run as a 3rd party, split the republican vote, and then fucking Hildog is our new president. And the republican party will have noone to blame but themselves.