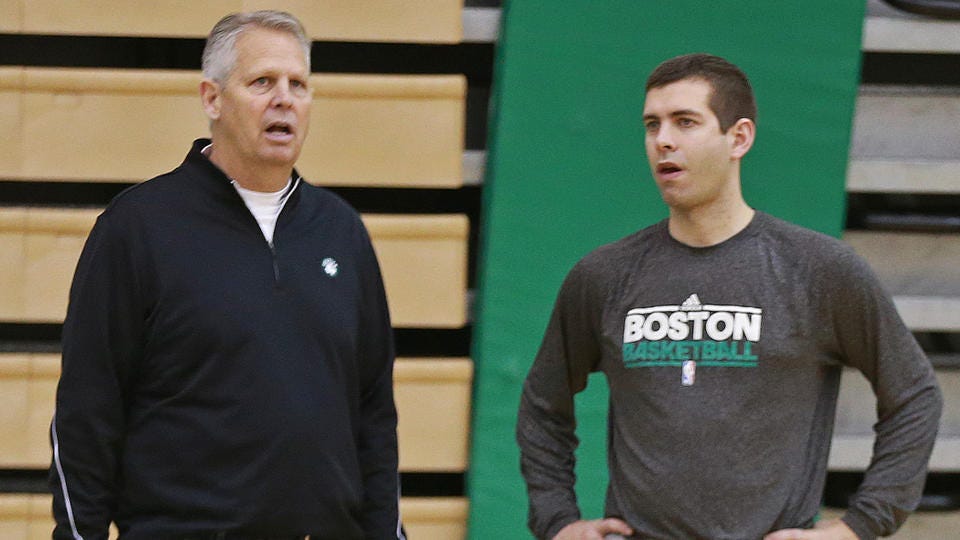 A deal was in place huh? Fell through at the last second for a superstar player that hadn’t been reported yet, but it was definitely certainly there you guys. If you didn’t hear Danny Ainge this morning, give it a listen. I actually laughed when I heard him say it. Had a reaction like

I mean what did we all expect Danny to say? I’m sorry it just doesn’t pass the smell test for me, and for a number of reasons.

1. Ainge knows the city and fanbase are like Pavlov’s dog when it comes to this pick and a superstar. Just mentioning the two in the same sentence perks everyone’s ears. What can we say if Ainge is going to take the stance of “hey..we were ready..the offer was on the table…the other guys got cold feet at the last second ¯\_(?)_/¯” Of course we were going to hear about a huge deal that had a big piece but not who/what team/what was in the deal. You should have known that coming into today. Not buying it.

2. He clearly is having a tough time moving this pick, and don’t sleep on the fact that by leaking that there was this “deal” a bunch of other GMs may be thinking “hmm maybe we need to reopen those talks with him come summer if he was that close already”.

3. Here’s the problem with this whole thing. Obviously this “deal” fell apart because whoever was involved wasn’t comfortable with the BKN pick not being a guaranteed #1/2 at this moment in time. That’s a problem, because what if that pick does end up there, Ainge basically HAS to pull off this blockbuster trade. Sure there are other factors within the deal I’m sure, but you can’t convince me that if this pick value was already determined, and it was high, then this deal still falls through

I think this should provide some insight to the people out there who think it’s a forgone conclusion that the Celts are going to be able to trade for that big time player. I’m sorry, but news to Celtics nation: The rest of the NBA world does not think your “assets” are as good as you do. At least not yet. I talked about it yesterday, and I still feel that way today. There is just no reason to think a big stud was getting moved at this deadline, because everyone you would want, is still on a contending team. This summer, absolutely, but it’s naive to think something was going to happen now, which is why Ainge comments irked me.

But, it’s Friday, so for the sake of not doing any work for the rest of the day, if there really WAS this mystery superstar that was never reported, who the fuck was it? I decided to take a stab (since this went over so well in December!) and for the sake of argument, just figure they included every really good pick the Celts have 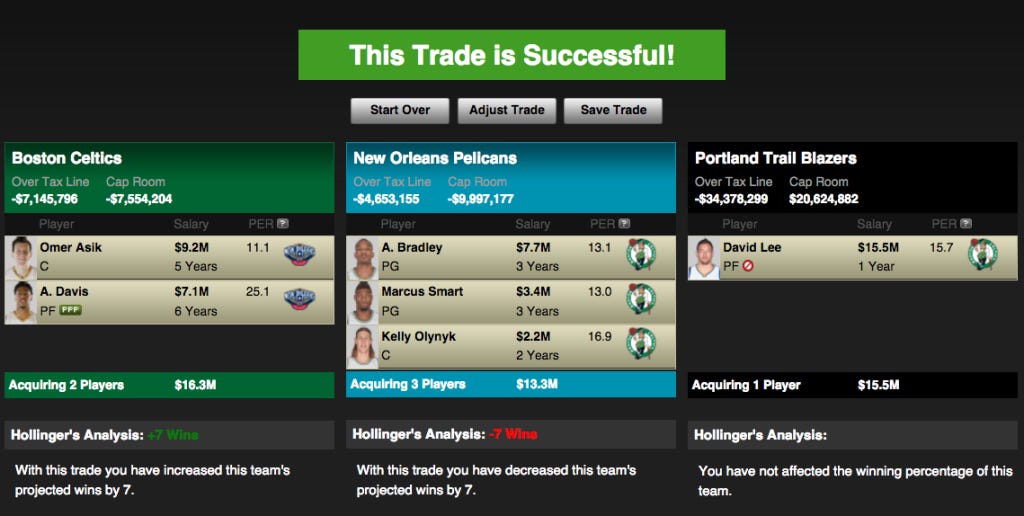 Now let me save you the trouble. These trades would never ever happen, which means is Ainge talking about a mega trade that has 5 teams in it? When has that ever happened?

So while it’s fun to speculate and talk about what could have been, it feels to me this was just a way to get the focus off their inability to lock something down at the deadline, and instead focus on what pipedream deal might have happened. Savvy move.

But enough of this shit, we have a game in Utah to focus on. Wake me up with this bullshit again at the lottery.