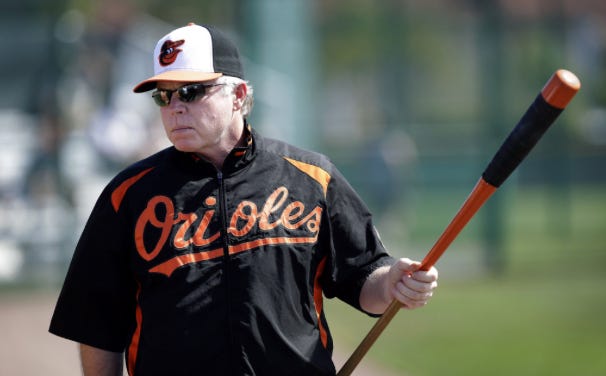 The music is a little louder, the birds are chirping a happier tune, and the sun is shining a little brighter. You know why? The Baltimore Orioles pitchers and catchers are reporting for Spring Training at this very moment. How great is it to hear that?

The last time we saw our birds was on that cold sunday afternoon where we assumed we were waving goodbye to Chris Davis, Darren O’Day and Matt Wieters for the last time. Boy were we wrong. They brought back the big guns, but let Wei-Yin Chen, Gerardo Parra, and Steve Pearce walk. Biggest of all, they didn’t do much to upgrade their pitching (Yovani Gallardo is rumored to be signing any second, but that has been the story for the last week).

While many computer nerds and publications are predicting a last place finish for the Birds, I’m not buying it. Too much talent on this team, and IF they go out and grab Gallardo, as well as Dexter Fowler, why can’t they contend for the A.L. East? That being said, this squad does have some question marks heading into Spring Training, lets take a look at those real quick. 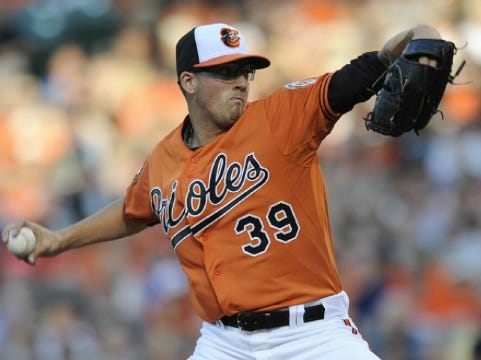 This has been the focus of the offseason, even before Chris Davis was re-signed, many felt the #1 priority was to find more pitching depth. It was unlikely to come from any of the youngsters we saw last year (Tyler Wilson, Mike Wright), free agents signed before Spring Training (Vance Worley), or anyone in the minors. No way around it, the rotation stunk last year. Whether it was Bud Norris (15 game winner in 2014) getting shelled and eventually DFA’d, Chris Tillman having a terrible season, normally reliable Miguel Gonzalez putting up the worst numbers of his career, Ubaldo having a great first half (7-4 2.81 ERA) and crashing hard in the second half (5-6 5.63 ERA), or Kevin Gausman getting frequent rider points on the bus from Norfolk to Baltimore and back. The only reliable starter, Chen, will now be serving up meatballs down in Miami. Bottom line, in order for the Orioles to compete, this rotation has to get better.

This could all change in the matter of minutes, Yovani Gallardo has been in discussions with the Orioles since last week, and is reportedly close to a deal. The Orioles would forfeit the 14th pick in the draft for him, which is a move I think most O’s fans are in favor of. Some people are worried about Gallardo’s career high in WHIP, AVG, and his velocity being down over the last few years, but it doesn’t bother me. The defense is good enough where if he lets them get wood on the ball, they will make the play, just keep it in the yard, and we will be fine.

He’s not a top tier FA pitcher like Zimmermann, Greinke, Price, or even a middle tier guy like Doug Fister, or Scott Kazmir. He is a guy who will be cheaper than he would have been 6 weeks ago, and someone who is better than anyone else the Orioles could trot out there. That is why I think this would be signing is big for the Birds if they get him. Because at the end of the day, I would much rather see Gallardo in the 2 hole, than Worley as the 5. 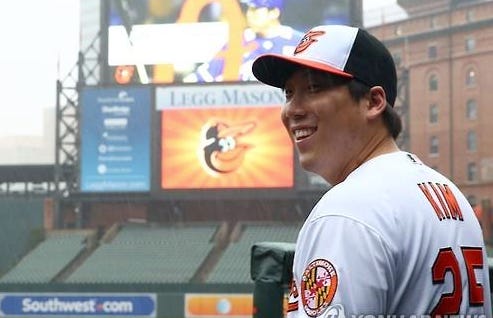 Right now, at this second, the Orioles starting corner outfielders will likely be Hyun-Soo Kim (I’m obligated to play this song every time his name is mentioned, and its a fire flames hit), and a mixture of Nolan Reimold, Dariel Alvarez, L.J Hoes, Joey Rickard, Henry Urrutia, and Mark Trumbo. That is not a good group of guys to choose from. The Orioles need to go out and sign Dexter Fowler, who, like Gallardo, they have been connected to recently. And again, much like Gallardo, signing Fowler will cost them the draft pick, likely #29. Don’t care, give it up. I need Dexter Fowler in Orange and Black this season.

Fowler does everything the O’s need on offense, a guy who can lead off, steal bases (20 in 2014), get on base (.363 career OBP), but still provide some pop (17 HR last season). Getting Fowler will shift Manny down in the lineup, and getting guys onbase in front of Manny will only draw good results. Fowler covers good ground too, he did last season in center for the Cubs, and I’d expect him to do the same in right at Camden. He’s literally a perfect fit for them.

He fits all the things the Orioles are looking for at this point, will be MUCH cheaper than he would have been at the start of free agency, and pulls this lineup together quite nice. Lets hurry up and pull the trigger on Gallardo, which will then lead to Fowler heading here. And an added bonus, he used to be represented by Scott Boras, but not anymore! Anyone who can get rid of that water trash is fine by me. It also can’t hurt that his agent played in New York when Buck was there, and the two remain good friends. 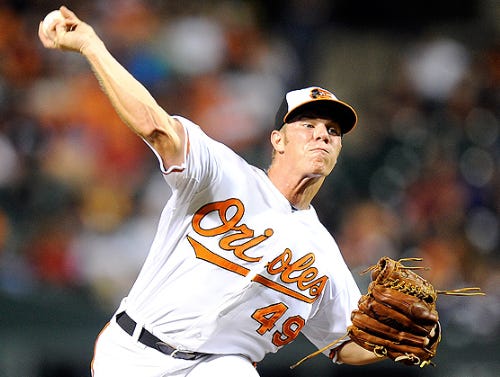 O’s do have some pieces bouncing back from injuries this season, some will have more of an impact than others.

– Catcher Matt Wieters will be 2 years removed from Tommy John surgery this summer and we aren’t really sure how many starts we will see from him. If I remember correctly, he only started back-to-back games once last season after returning from his surgery, and injured his wrist close to the end of the season. Matt should be coming into camp in the best shape of his life, he signed the Qualifying Offer over the winter and is eager to prove he’s healthy, and can be one of the top catchers. Should be interesting to see how Buck juggles Wieters and Caleb Joseph this season.

– J.J. Hardy was never healthy last year, and it showed. He struggled with a torn labrum in his shoulder for the entire year, a sore oblique, a groin strain, and back spasms. The labrum tear came in Spring Training when he collided with Jonathan Schoop and never looked like himself out there, just didn’t look right. His offensive numbers dipped severely, falling to .219/.253/.311 with 8 HR, and 37 RBI in 114 games. Plain and simple, the Orioles struggled with Hardy out. The defense did take a hit when he was hurt last season, some balls Hardy used to get to, are now dribbling up the middle, but that could just be to old age as well. I’m really looking for Hardy to bounce back and hopefully get that average up to .250-.260 again. I think the days of the 20 homer hitting J.J. Hardy are over, but he can still help this team offensively.

– Dylan Bundy has been in the mind of Oriole fans for years it seems, he is only 23, but made his MLB debut in 2012. Seems like a decade ago. Bundy has been plagued by injury, if you can name an elbow, shoulder, or forearm injury, Bundy has had it. He’s been to Dr. James Andrews, he’s done the PRP injections, he’s waited 6 weeks, he literally has done it all. The former top 5 pick in the 2011 draft is now out of options and has to be on the roster, or risk being sent through waivers and lost to another team, that won’t happen. He’s staying here in Baltimore. Even with how weak the O’s rotation is, no chance he sniffs a start. He will be hidden in the bullpen, and likely only used in mop up duty. There is also a chance he gets placed on the 60 day DL to hide him and let him rehab some more. Regardless of where he ends up, this is a huge year for Bundy, he is running out of time, and it seems like people are running out of patience with the former wonder boy. Gotta see what he’s made out of, unfortunately it will come against the beasts of the A.L. East and their power bats. Lets see what ya got Bundy.

That was a look at some of the question marks surrounding the Orioles as their pitchers and catchers break camp today, I will have much more coverage over the next few weeks.

Feel free to shoot over any questions or comments you have for the BarstoolDMV podcast as well, any suggestions for questions or guests would be great.