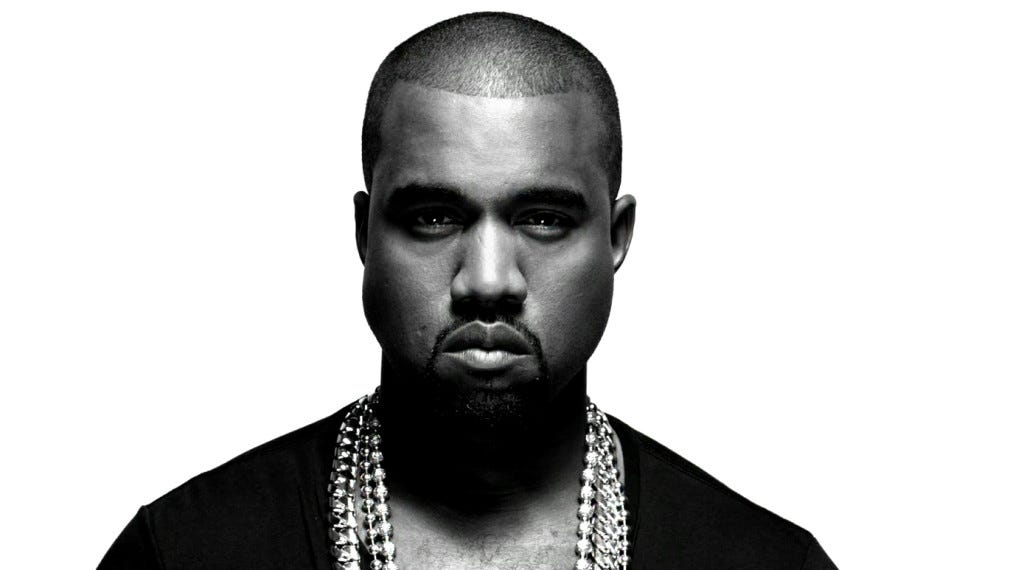 This blog might be a little out of left field for Barstool, but Kanye’s the biggest thing in pop culture the past two weeks and there’s been a lot of hate on him recently. I love Kanye West and am an unabashed Kanye apologist. I have four artists who I basically worship their entire music catalog, and he’s one of them (Bruce Springsteen, Eminem, Elton John are the other three). I think along with Eminem and Jay Z he’s one of the three best musicians of the 21st century, with a nod of respect to Jack White. I understand where the people who hate him are coming from, but I think the hate is misguided.

The problem with Kanye is Kanye is an artist in the social media age whose personality is uniquely suited to go over like a fart on a first date on said social media. We think he’s the biggest dickhead in musical history because we have a unique level of access to him we’ve never really had with anyone else. Someone as incredibly famous as he is, cut from the basic diva artist archetype, who is as unfiltered and unapologetically himself in public doesn’t exist with anyone else in 2016. Imagine if you gave fucking Twitter to Keith Richards in the 70s, who has talked shit about every band ever, or John Lennon who once said the Beatles would become more important than Christianity? Everyone else would think of them as insufferable, self-obsessed prima donnas. Because they were. And so is Kanye. These people aren’t like us, they don’t view the world or themselves the same way as us. So it’s bullshit when people act like Kanye is the first musician to be full of himself or self-deluded before. And I appreciate him actually being his real self instead of taking the easy route and using social media to form a carefully curated corporate driven #brand formulated to maximize album sales and merchandise lines (Beyonce, Drake, Taylor Swift).

I also don’t think you have to like him as a person or even like his music to admit he is a musical genius. Elton John called him a musical genius. Paul McCartney once said he was one of the most talented artists he’s ever worked with. Rick Rubin (if you don’t know who Rick Rubin is, I guarantee he has produced one of your favorite songs) said he is the most consistently great artist of his generation. He changed music. A$AP Rocky, Drake, Chance the Rapper, Future, or Kendrick Lamar don’t sound the same without him. But him being a musical savant doesn’t necessarily make him a great, or good, or average, or below-average communicator. He’s pretty clearly an awful one. Everyone knows someone with a social disorder, and while I’m not a psychologist, I think he pretty plainly has one and his only outlet/way of comfortably communicating is through music. And therein lies the disconnect between the guy who can make a song like Runaway that perfectly encapsulates the complicated feelings and consequences of how sexual impulses can make otherwise decent people the worst guy in the world and ruin relationships, and then we see that same guy unable to put two coherent sentences together at the VMAs. He’s fascinating because he can so succinctly and beautifully express an idea with a 4 minute song better than anyone else in music today, but can’t do a radio interview.

And that is the Kanye West experience. His awkwardness, his palpable insecurity, his obvious uncomfortableness with merely existing, all of that is juxtaposed with his megalomaniacal level of self-confidence and an almost religious belief in the power of his own art. That conflict and contradiction is what defines him as a person and as an artist. And you know what? That is so fucking relatable. The line between bulletproof self-confidence and massive insecurity is a thin one, and we’ve all played hopscotch with it at least a few times in our life. Convenient as it might be, you can’t separate Kanye as a musician and Kanye as a public figure because they are so linked. His imperfections ARE his identity, and what makes him interesting. And if him being a fucking asshole on Twitter is what gives us albums like MBDTF, I think that’s worth it. Music would be a lot better if we as a public were more accepting of artists felt more able to express their individuality and struggles without it having the potential to destroy you or be labeled as crazy. So I’m still going to be on the Kanye wall, defending him and waiting for the next album that I can obsessively listen to 6 times the first day it comes out. And I’m excited for it, I think the one after him and Kim split is going to realllly be the next classic.

PPS: TLOP was a banger. If you didn’t like it, try listening to it again without thinking of it as a “rap album” and just as a piece of produced music and you’ll probably like it better.

PPPS: I’d pay at least $8 for a Mo blog on Kanye right about now.