A link to Google images of all her NSFW screencaps.

And a picture of her probably moments before she had sex with Ron Jeremy: 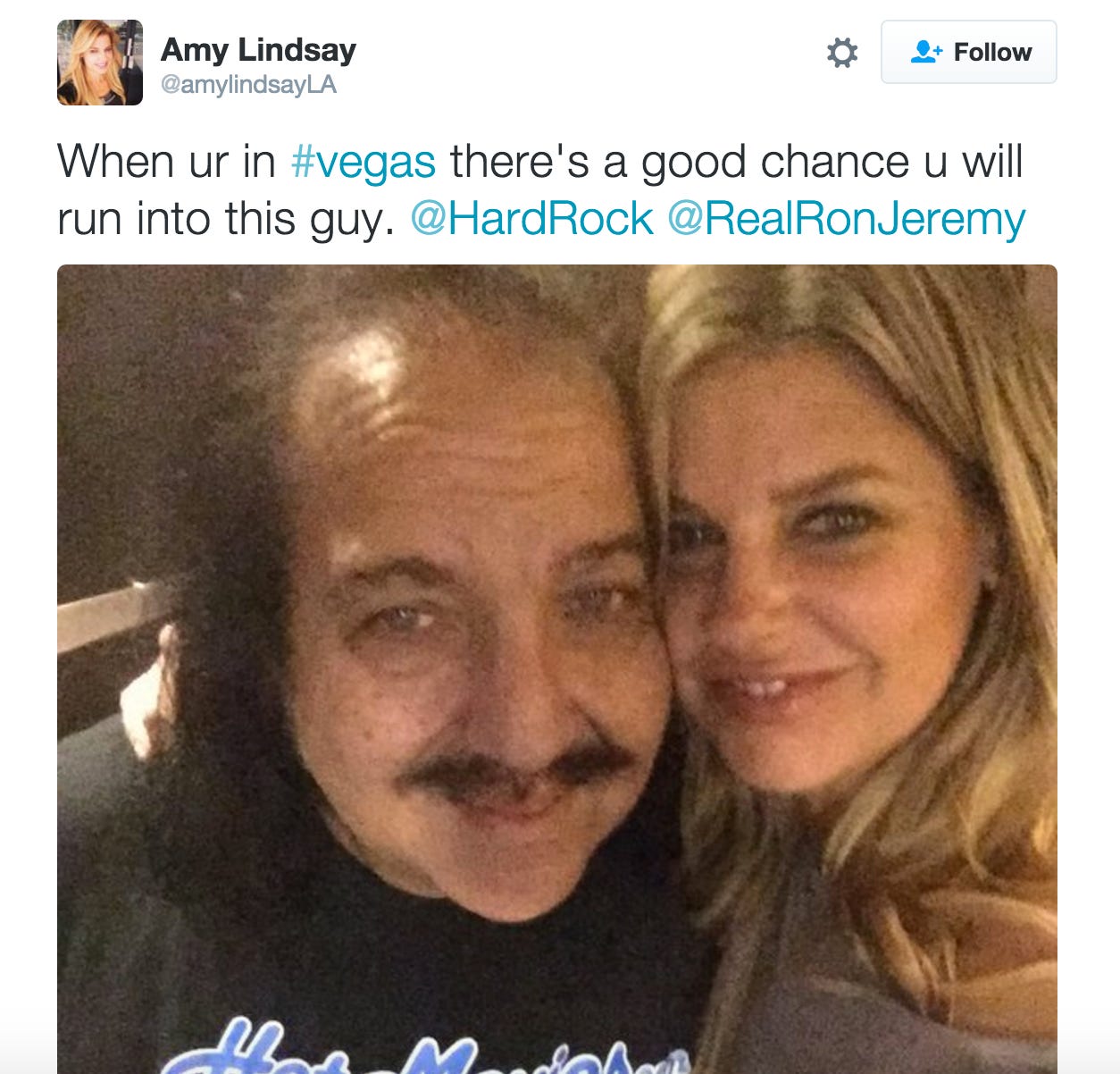