Nathan Beaulieu has recently seen himself become a healthy scratch for a Canadiens team that is in the middle of one of the most historic breakdowns in hockey history. And with the Trade Deadline coming up, he’s fighting to keep his spot on Montreal’s lineup. Literally, he’s fighting to keep his spot in the lineup. So tonight against the Tampa Bay Lightning, he squared off with Cedric Paquette and unless you managed to click this post without reading the headline, you’ll know that he broke Paquette’s visor off with his fist.

First the NHL put in the rule that all new players coming into the league have to wear a visor. Next they made the rules that you’re not allowed to take off your helmet while fighting. But Nathan Beaulieu says “fuck your rules, bitch” and decided to give Paquette a view equipment adjustments. And a nice little gash in the forehead to go along with it. 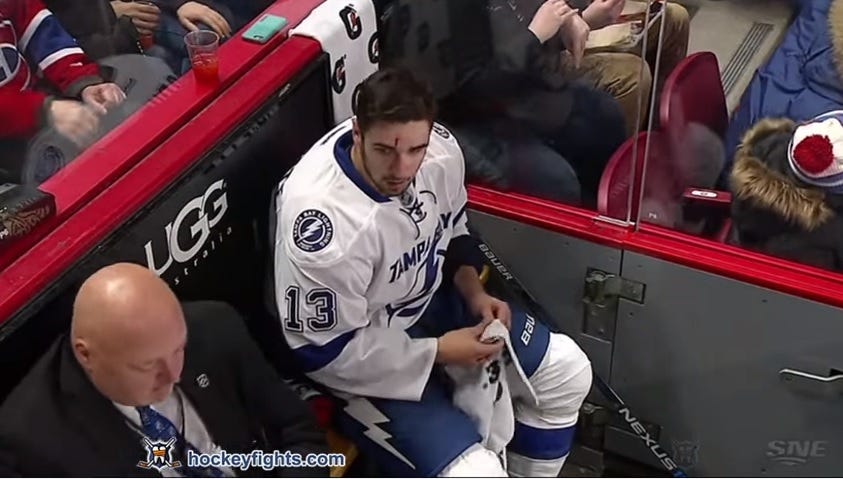 Oh, and we also have this going on in Buffalo vs Florida… 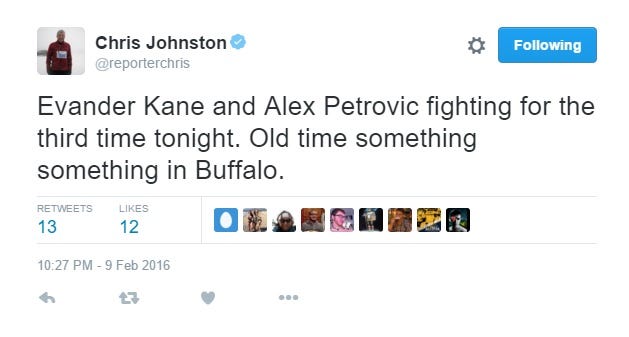 And with that, the “Evander Kane Hat Trick” was born. Big night for the fisticuffs in the NHL. Big night.