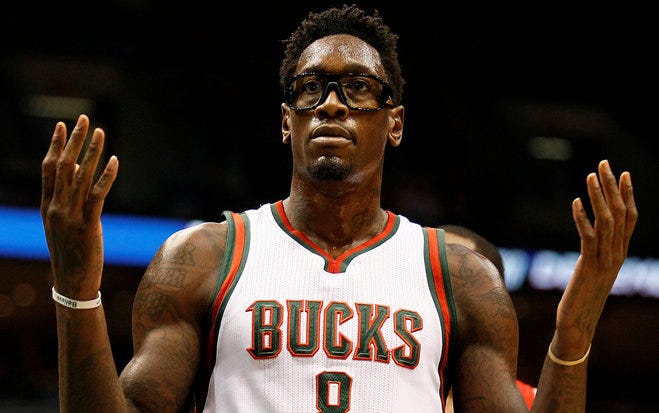 (Yahoo!) – After accepting a buyout from the Milwaukee Bucks to step away from the NBA last season, Larry Sanders told The Vertical he plans to pursue a return to the NBA once his off-court ventures stabilize.

On a day when the Celtics are in Milwaukee to take on the Bucks, and with rumors swirling that former Buck’s big man Larry Sanders is looking to get back into the league, the natural question is, should the Celts take a look?

First, off, it’s good to see that Sanders has worked out any internal demons he was facing just a few years ago. If you don’t know the story, in 2013 after the best year of his career (9.9 points 9.5 reb 2.8 blocks) Sanders signed a 4 year/44M extension to stay on the only team he’s ever known. From that moment on, it was all downhill for the troubled big man. His bar fight in November 2013 didn’t help, and the getting suspended twice for violating the leagues anti-drug policy was the writing on the wall. Just like that, this young talented player walked away from the game.

But now that he’s looking to come back, can he play? On the surface, it seems like a no brainer for the Celts. A young 7fter who can protect the rim. Basically something the Celts don’t really have, and while they’ve been able to slide by without a true rim protector, as we get into the postseason, something tells me this might be important.

The deeper you look, his style is sort of anti-Celtic. As a big man, he can only really score in the paint, doesn’t really stretch the defense like our bigs Sully/Olynyk/Zeller currently do. 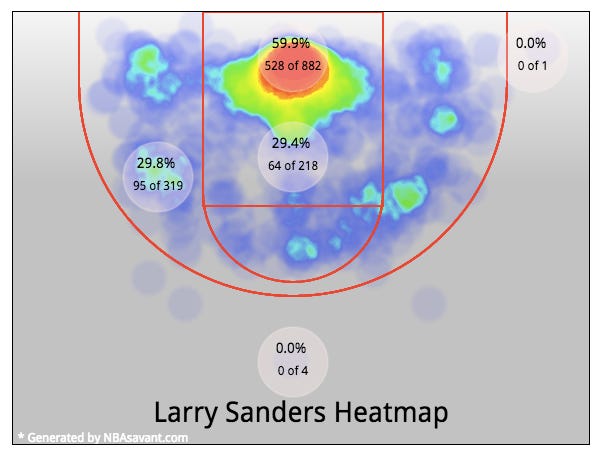 But that’s OK. Because where Sanders does excel is in Pick and Roll. The Celtics, just like bascally every NBA team, love to start their offensive sets with a basic Pick and Roll and Sanders would be really the only front court player they have that can athletically roll to the rim.

This can do a few things for the Celt, one, it can really help them get open looks from three, as we see in this clip

An effective roll also will help open up some interior passing lanes, which the Celtics thrive on

So now the question becomes, how do the Celts acquire him? Well, first off I would much rather have Sanders as the last guy on the Celts bench instead of David Lee. That’s a no brainer. The problem will be how will they be able to move Lee, in order to create space? I truly feel they are going to do everything they can do move him by March 1st so he can sign somewhere else, whether that be through a trade or a simple buyout.

I can’t imagine it will cost a lot to obtain Sanders, since he is still on the Buck’s books, so if Trader Danny is able to create a spot on this roster, I see no reason why they shouldn’t take a chance on Sanders.