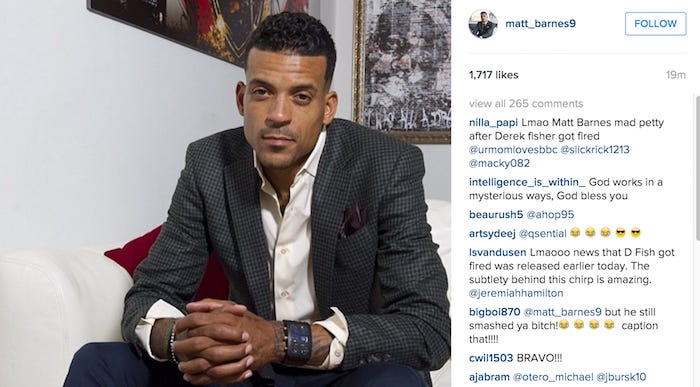 So I guess this is a shot at Derek Fisher? I suppose anytime you post an Instagram photo without a caption underneath, something is clearly amiss. Especially on #BlackInstagram. Because if you aren’t hashtagging, @’ing, or dropping emojis on a #BlackInstagram photo, was it ever really posted?

Anyway, I think this would be a much better Fisher diss if Barnes was dressed in all black like he was going to Fisher’s funeral. Or he was sitting on an NBA bench like a coach. Or he wrote Die Derek Die in blood on his wall like Sideshow Bob. But if the comments of #BlackInstagram and #BlackTwitter say it’s at Fisher, then I guess it’s at Fisher. But just remember, Matt. White people love inside jokes. We’d love to be a part of one some day.

And I love that word of Fisher’s firing brought The Worm out of his hole. The thought of Dennis Rodman being even close to the Knicks bench, even though it would NEVER happen, scares the shit out of me as a fan. But as a blogger, it is basically a dream hire.

When I woke up this morning, I thought the best part of my day was going to be having a house full of leftover pizza, wings and desserts from hosting a Super Bowl party. And then the Zen Master changed all that (JK, it’s probably still the leftovers). 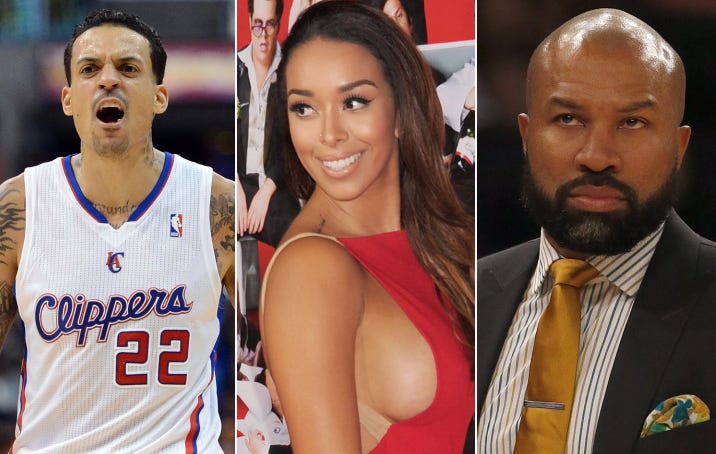