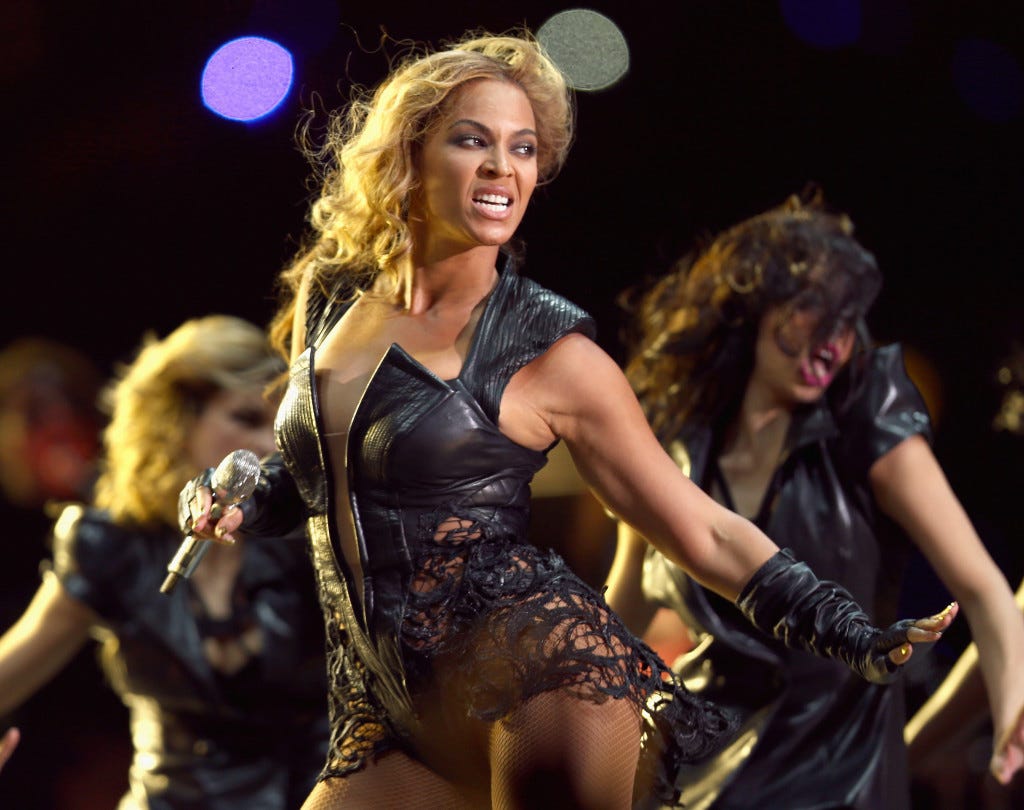 Queen Bey is returning to the stage for this year’s Super Bowl Halftime Show. So I thought it would be appropriate to recap her whole Super Bowl XLVII performance for those of you that don’t remember. Shot for shot. Here we go.

She came out with her game face on. 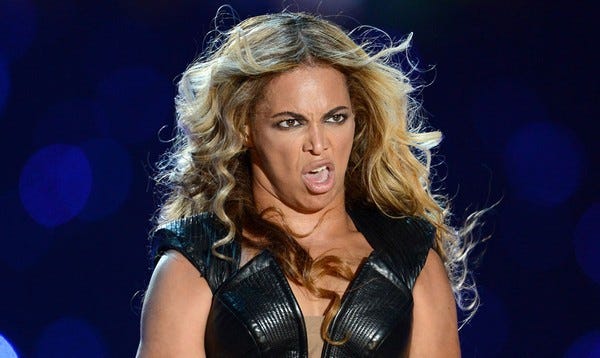 Then she pumped up the crowd

And changed into a Hindu goddess right before our eyes 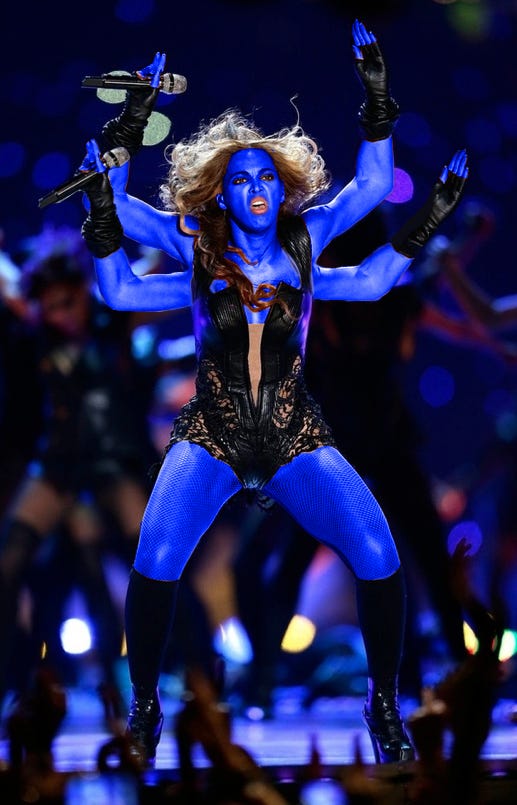 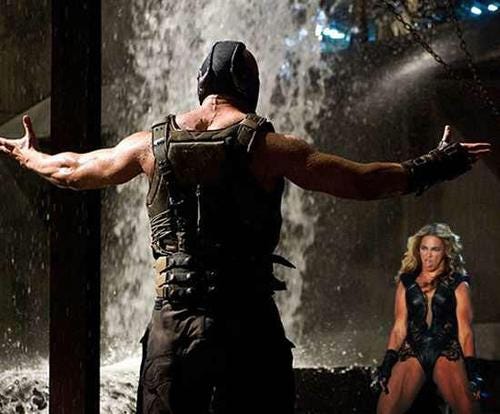 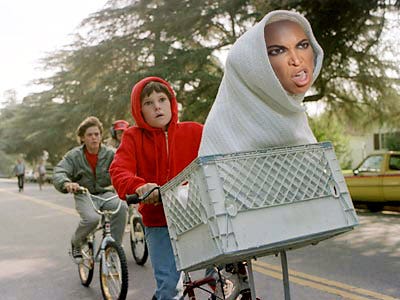 Thinking about Spielberg unfortunately made her think of Indiana Jones 4. Which made her angry. You wouldn’t like her when she’s angry 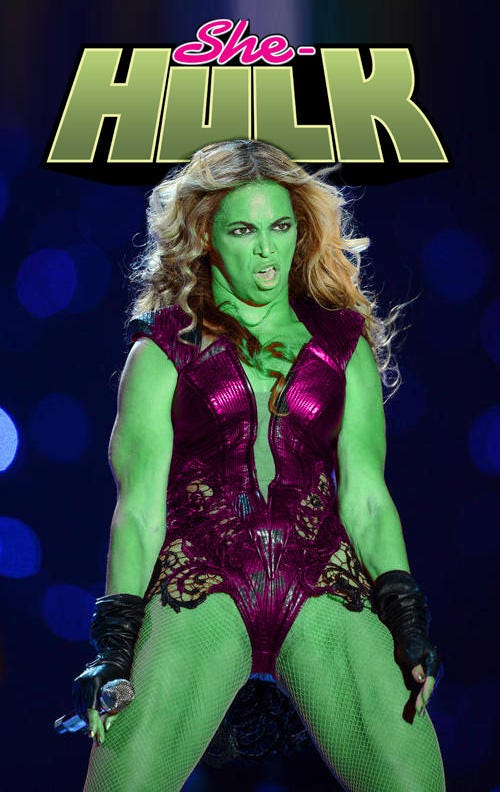 Ever the fighter, she knocked down all the haters 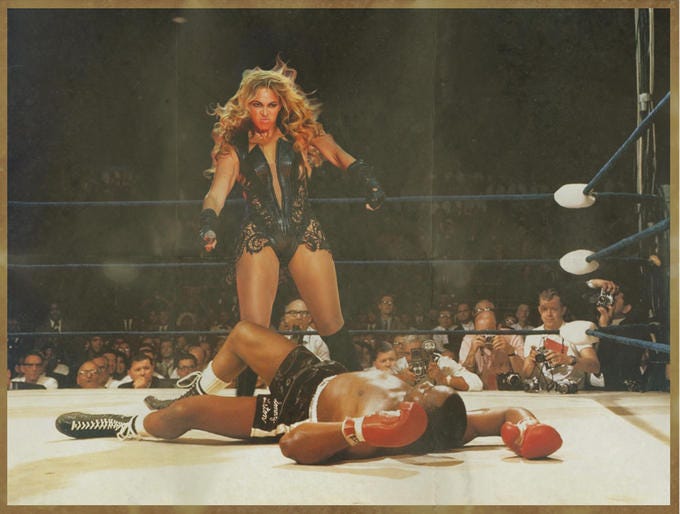 Just before powering up for her final, mind blowing move

Where she literally became a crab and scuttled off stage 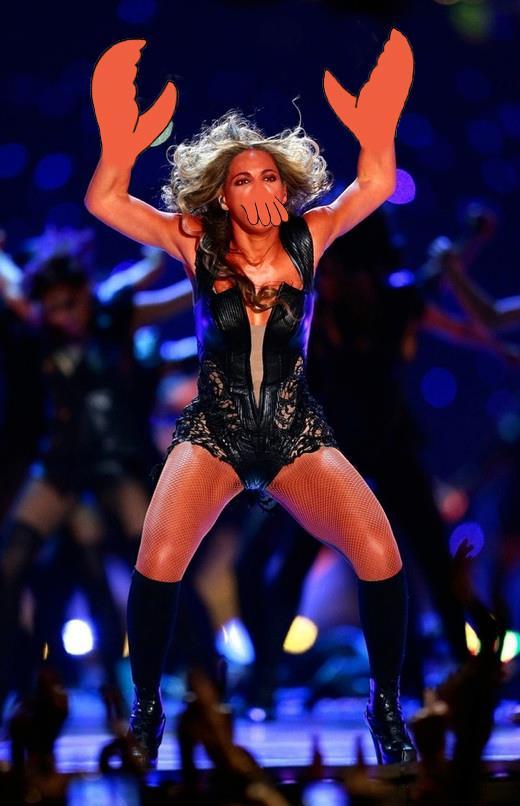 A move that would go on to inspire Katy Perry’s incredible aquatic themed Super Bowl performance years later…. Wow. It’s going to be tough to top but I, for one, am excited about the prospect of her attempting to best that legendary show tonight. She’ll have to follow those princes of pop rock known as Coldplay, but if anybody can do it, it’s her.  Have fun tonight, everybody