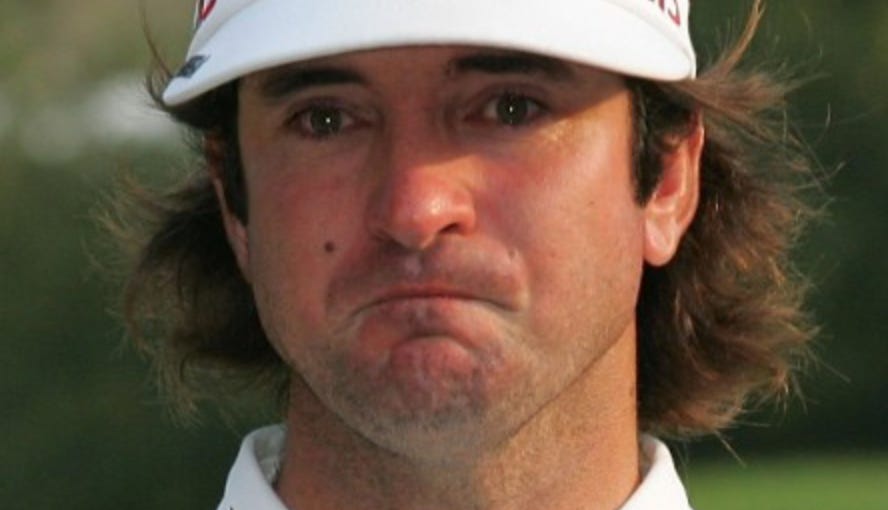 SCOTTSDALE, Ariz. – Before Bubba Watson’s news conference Wednesday at the Waste Management Phoenix Open, the moderator rattled off his impressive stats here, highlighted by two-straight runner-up finishes in his last two starts. But Watson made it known quickly that he wasn’t back at TPC Scottsdale because of his good play in this event. “I’m here because of my sponsors,” he said. And when asked why he liked the course, Watson didn’t bite his tongue. “I don’t like it,” he said. “I’m not going to PC it. I don’t like it at all. I just mentioned why I’m here. I’ve got three beautiful sponsors [Ping, Stance Socks and Oakley] that love it here.” The quote was surprising, but these mini-controversies are not uncommon with the two-time Masters champion. So many times throughout his career, Watson has created headlines from seemingly minor incidents.

This is the least surprising thing in the world to anyone who has followed Bubba for even 10 seconds over the course of his career. Him hating the most fun golf tournament of the year almost makes too much sense. And I will say this, I’m not shitting on Bubba for speaking his mind. That’s a great thing. The more athletes who don’t “PC it” the better and I applaud him for that.  It just makes so much sense that Bubba genuinely hates the most fun tournament on the schedule. Such a goddamn dweeb. This is what Darren Rovell would call #OnBrand. Bubba simply can’t help himself. It’s who he is. The WMPO is where players get to let their hair down, golf fans get to act like drunken fools and everybody has a blast. Hating the WMPO is borderline unAmerican.  Bubba’s response? “Fuck this tournament. I hate it here. I’m here to make my sponsors happy, not the fans.” He even plays really really well at TPC Scottsdale and he still hates it! Classic Bubba. You make it too easy for all of us to hate your guts, Bubba.  Way too easy.

By the way, if you’re going to the Waste Management Phoenix Open this weekend, I ask you to do two things for me:

1. Send any and all drunken shenanigans you see to either @BarstoolTrent on Twitter or e-mail it to iowa@barstoolsports.com. I’ll put all of it together in a blog for next week.

2. Boo the hell out of Bubba Watson. Like really really loudly and all the time. Never stop booing him.