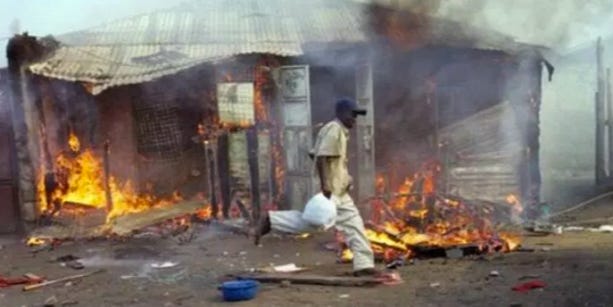 Source - A man set himself alight after his wife failed to prepare fish for his dinner. Ibrahim Makokha was admitted to Bungoma County Referral hospital on Wednesday.The Kenyan man attempted suicide when wife refused to cook him fish because she was tired. He allegedly fought with her and she ran away. He then locked himself in the house and set it alight. He sustained burns to his buttocks and head by the time neighbours pulled him out of his burning bed.

Ever do something not because you wanted to, but you had to prove your point? Even though you knew it was a bad idea, you just went through with it anyway because you started talking and by that point, it was just too late to turn back? That’s what happened here with my man Ibrahim Makokha. All he wanted was for his bitch wife to cook him some god damn fish for dinner. Is that so hard? This Kenyan has been running 20 miles a day since he was 7 (that’s what Kenyans do right?) and and just wanted some fucking poor-people version of tilapia before bed. But noooo, his whore wife was too tired. Classic woman move. Too tired to cook dinner. Sure. What are they going to do in Kenya, order pizza? Go to General Wong’s China House? Fuck no. They eat their nasty ass fish and they like it. So yeah, of course he had to light himself on fire to prove his point to his woman. If she’s too tired to cook, he’s dead. He just laid down in his bed and lit himself and his little tiki hut ablaze. That’ll teach her not to be too tired to make him dinner ever again.