When I first saw the tweets about some LSU kid missing SEC football questions I assumed they were really hard ones. $1600 and $2000 Double Jeopardy questions, like “Who was the runner-up in the 1953 Heisman race” or something. 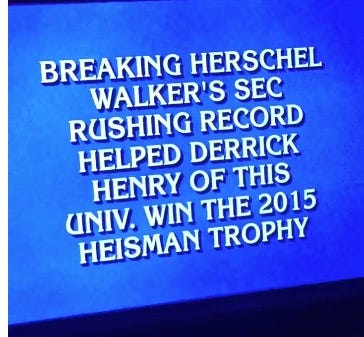 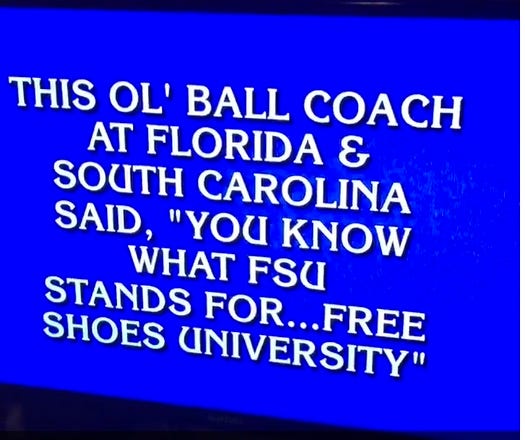 God DAMNIT Kevin! How do you go to LSU and miss those? And I’m not even joking around – I genuinely don’t understand how it’s possible for someone who has spent 4 years at an SEC college to not know who Derrick Henry and Steve Spurrier are. Don’t SEC schools make you take a College Football Fan test on the application to get in then give you a yearly pop quiz to make sure you’re up to date on conference standings and stats? That’s how it should be at least.

I don’t care if you’re an environmental engineering major from Idaho. You put those 3 letters on your chest, you know some motherfucking basic college football facts. 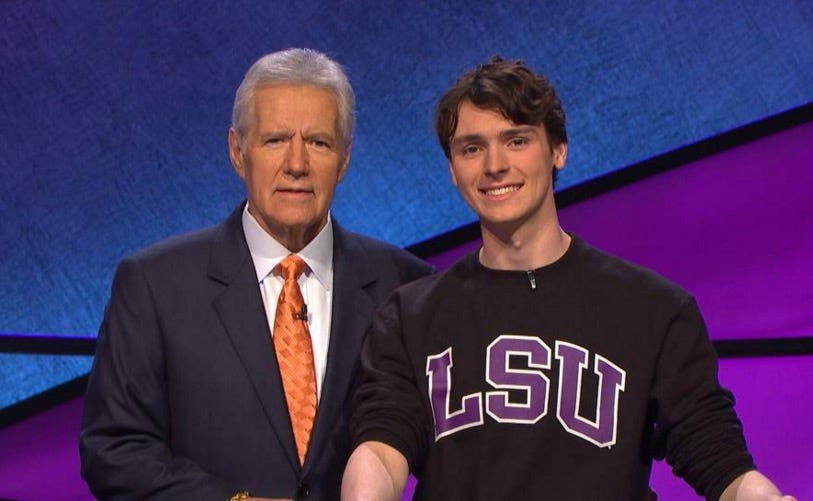