BIRMINGHAM, ALA. – A fan shot video of the incident that shows Ball shoving a member of Auburn’s equipment staff to get away with the football.

Auburn players ran to midfield to celebrate the program’s first bowl win since 2011 while a bizarre scene unfolded on its sideline.

Memphis safety Reggis Ball stole a football from Auburn’s equipment staff as they worked to gather up the game and practice balls. There was pushing and shoving as Ball fought his way free.

Ball ran off the field giving the middle finger to Auburn’s fans and sideline.

This is very sneakily one of the funniest videos and stories to emerge from the entire college football season. Memphis safety Reggis Ball walking over the opposing sideline after the game, form tackling the equipment manager, grabbing the game ball and scampering back to his locker room while flipping off the crowd. And not only that, but he’s known to do this! Like he’s a habitual football stealer. 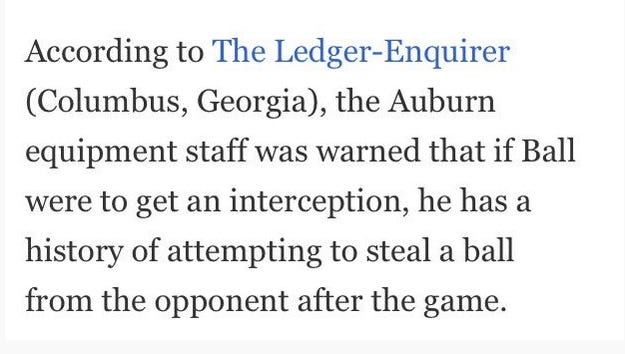 This was earlier in the game, when he wouldn’t give the ref back his pick-6 ball. 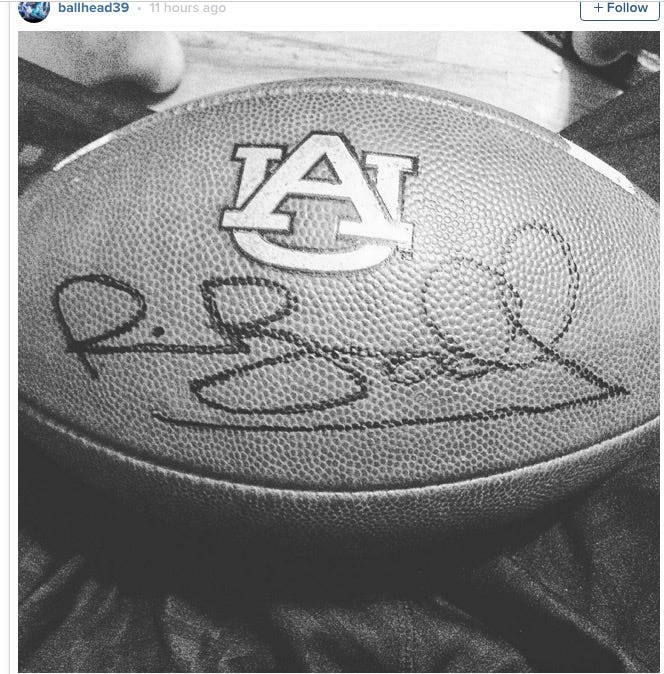 Hilarious. A repeat game ball stealing offender. It’s a shame they kicked him off the team for this, hope he settles in with another program soon so we can get some more videos of him putting the hit stick on team personnel and stealing their footballs.