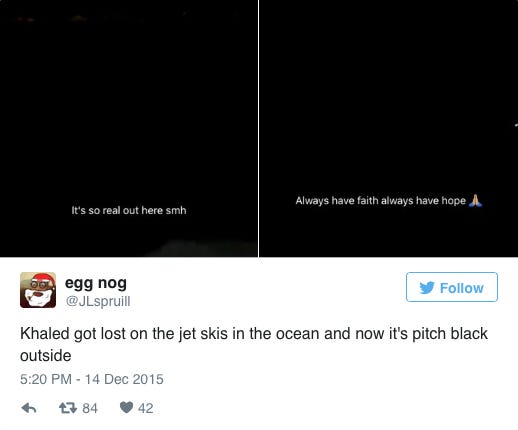 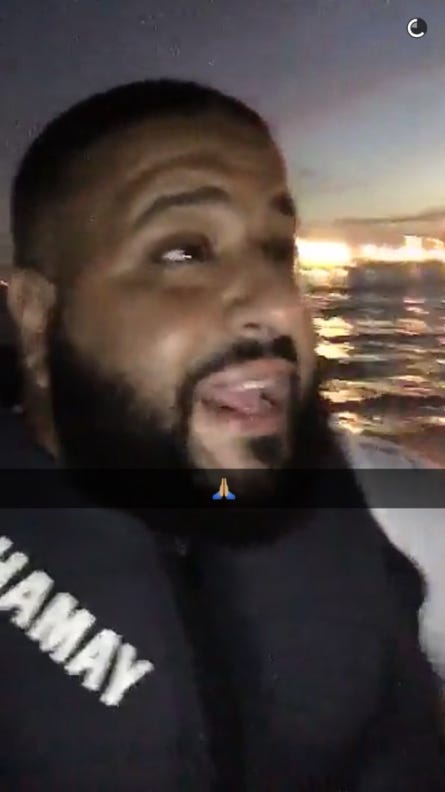 Couple of things. 1, I can honestly listen to DJ Khaled say anything and I will laugh. His accent and delivery are unintentionally one of the funniest things going.

2, I love that DJ Khaled got “lost at sea” even though it was probably just that bay in Miami where all the rich people live. Then while being lost he continued to snapchat updates instead of calling the police or getting help. So dark, so dangerous, you know it’s dangerous because he took that picture of the DANGER sign 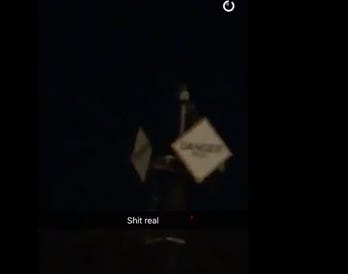 Also love that he keeps getting pulled over in his jet ski and calls it “another roadblock”. Like he’s facing some crazy adversity that he has to rise above and not simply driving like an asshole and having the Cops pull him over. People diagnosed with cancer, people who lose their job and have a family to feed, people who get pulled over for going to fast in the No Wake Zone, just another roadblock. Love this guy. 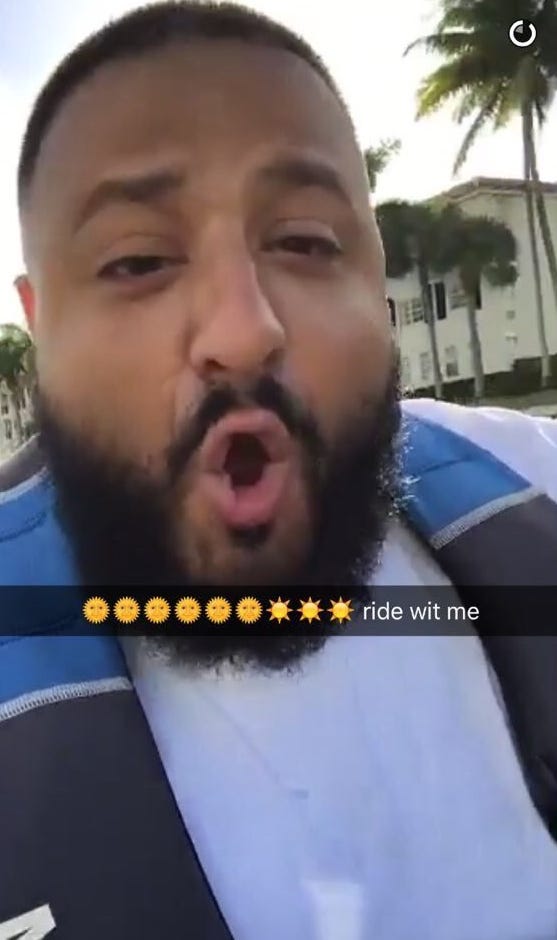 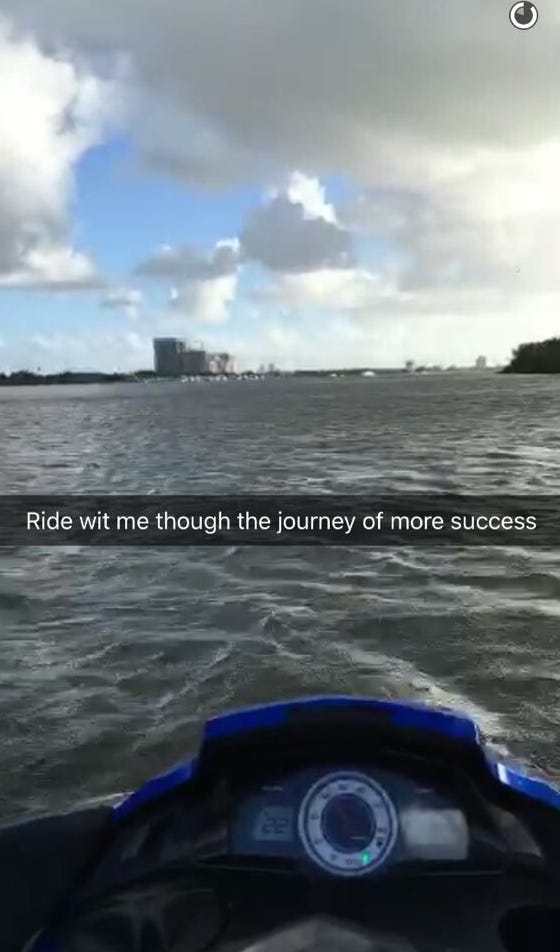 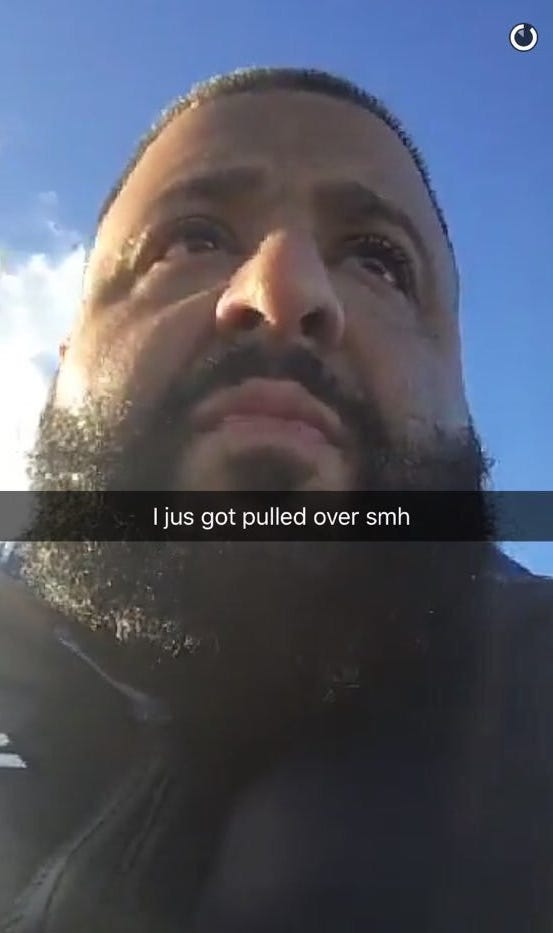 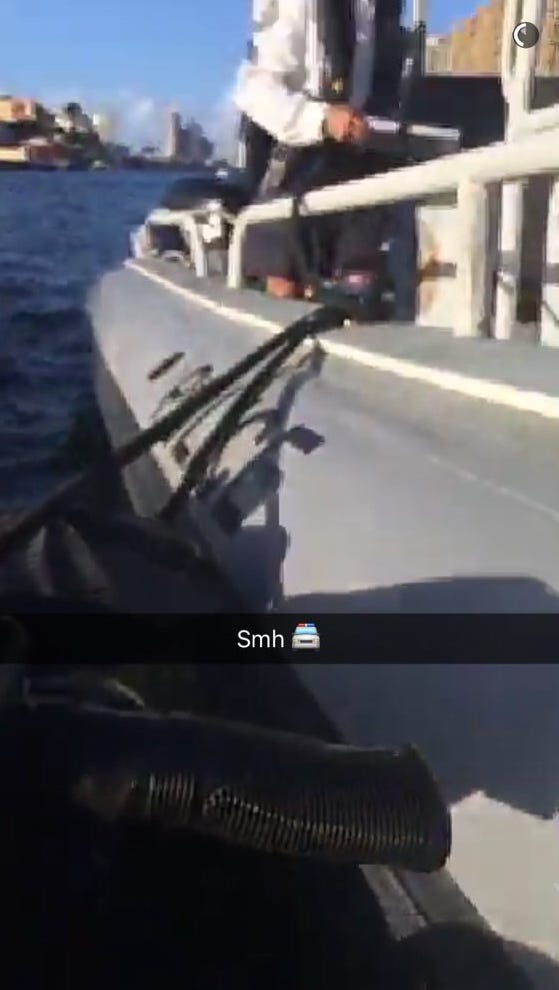