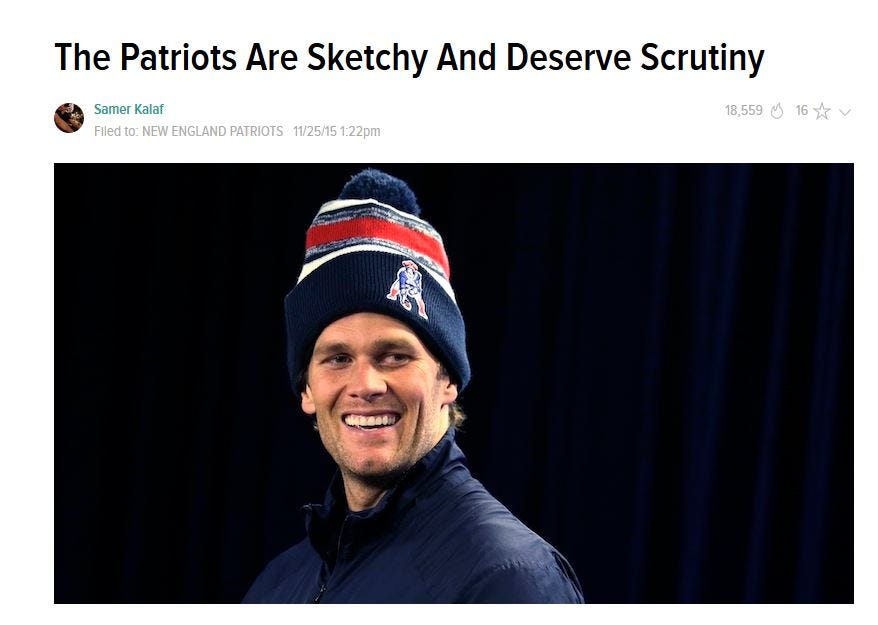 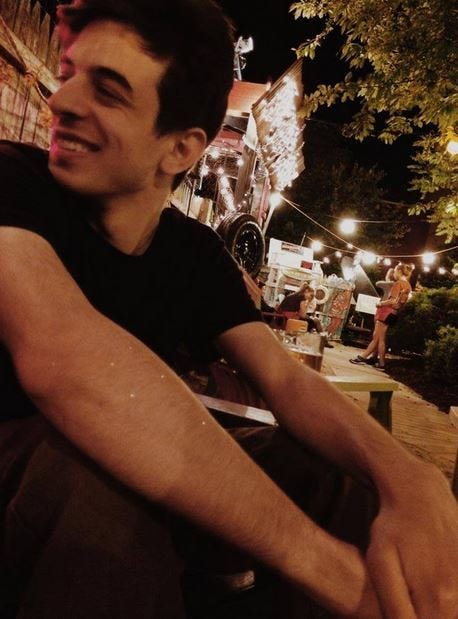 This is one of my pet peeves with the Internet. Any idiot can write under a banner like deadspin or Bleacher report or SB Nation and that automatically gives credibility to what they write. Doesn’t matter if they are a pimpled face teenager from UNH who never went to Libbys and got stuffed in lockers for a living. Who cares that Samer Kalef is literally the WORST writer on the internet? That his history is checkered with clickbait headlines. That’s not just me saying that cause he wrote a negative article about the Patriots either. I’m on the record at least 10 times complaining about how bad he sucks. He is literally the worst writer on the Internet. When Michael Wilbon talks about bloggers writing in their mother’s basement Samar Kalef is who he is talking about. Name another “self appointed Pats fan” who would openly say the team is sketchy and deserves to get the stink eye. Hey Samer go fuck yourself buddy. You’re not allowed to root for the Pats anymore if you even really did in the first place. Do I have the authority to ban you? You’re fucking right I do. YOU’RE BANNED!

Cue Big Cat and KFC – “Nobody hates the Patriots.  It’s all in your head. Nobody cares about them.  You have a persecution complex.  Nobody would talk about them if it weren’t for you bringing them up, blah, blah, blah.  You know what I’m thankful for?

2. Not having to deal with those jealous knuckleheads for a couple days