You know I was just thinking the other day how much I miss Sons of Anarchy.  My Tuesdays just aren’t the same. I miss Jax and the boys tearing apart Charming each and every week with seemingly zero repercussions.  The best part about that show was each episode was like a bunch of Grand Theft Auto missions.  They would run around doing missions.  Killing people, kidnapping people, setting off bombs, getting in high speed chases then, once whatever mission was completed, the police stars would magically go away and they’d head back to the clubhouse. It was the best. And that security footage of the massive Waco shooting from a few months back didn’t help my SOA woes any. Some pretty wild stuff in there. As soon as shit started to pop off you could see the majority of the guys in the frame reach for a weapon. Nothing but guns, knives, blood and bodies in the aftermath. An explosive situation to say the least. I know for a fact if my boy Jax was there he would’ve popped somebody right in the dome. SAMCRO don’t play.

“I barely see their faces. Because when I’m inside someone, there’s only one face I see.”

Hey man you got some blood on you 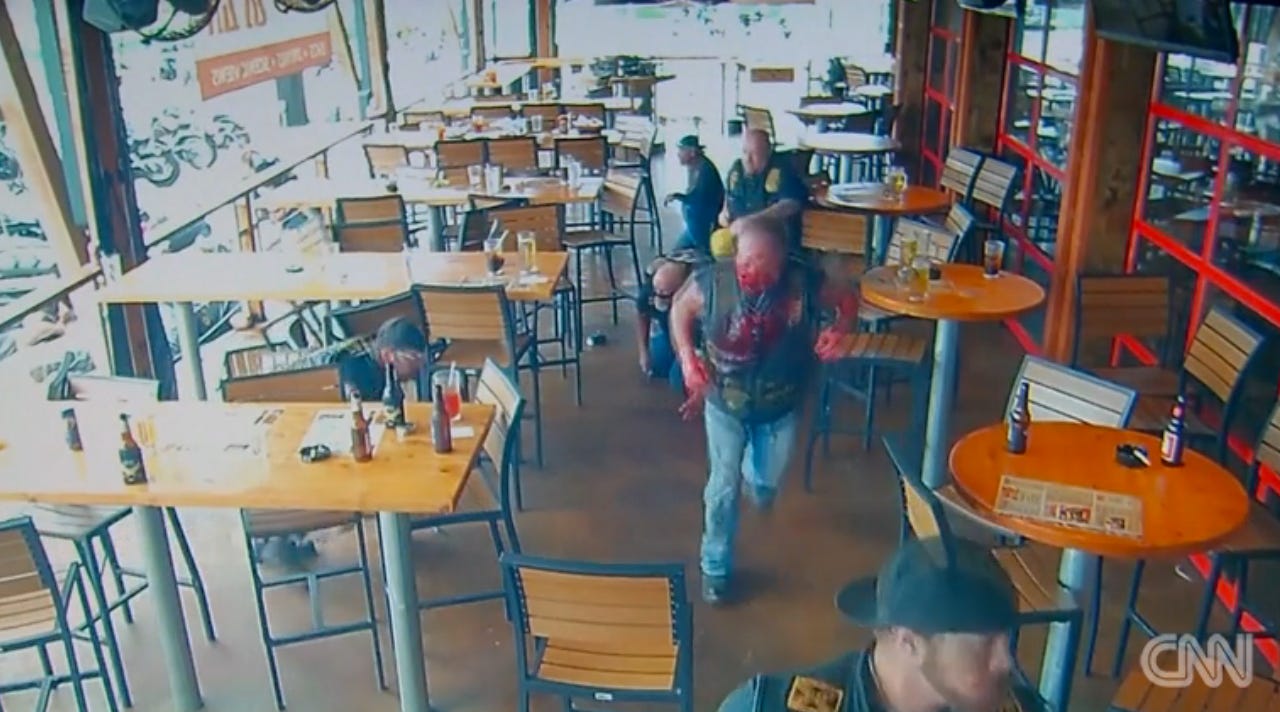