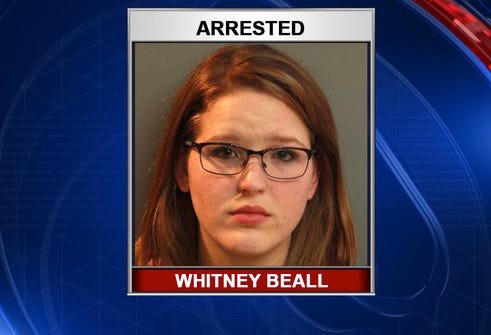 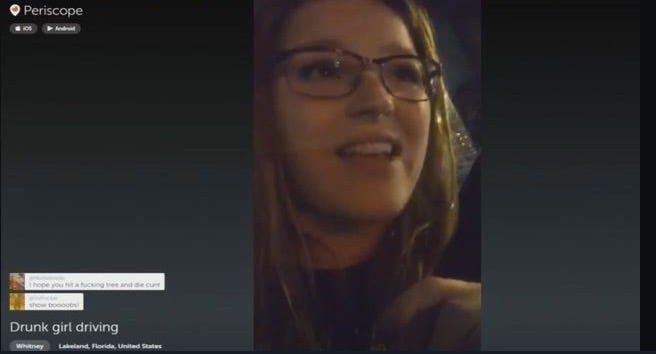 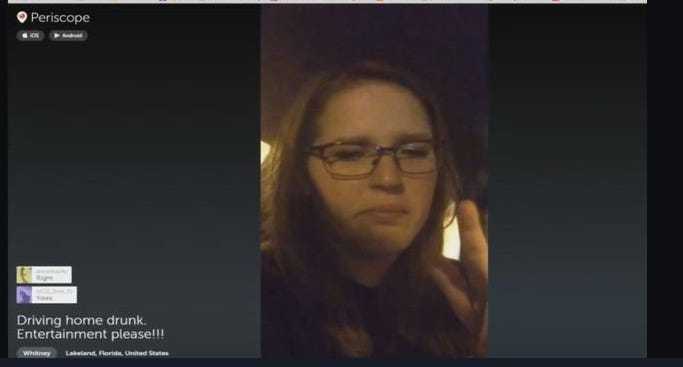 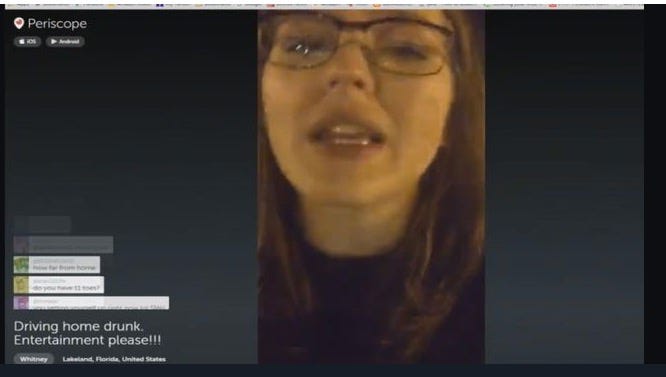 LAKELAND (FOX 13) – A Lakeland woman was not only Periscoping while driving, police say she was live-streaming herself driving drunk and telling the world how drunk she was.

Lakeland police say Beall received numerous text messages to stop driving before she killed someone or herself.

Beall told her viewers she was “drunk,” “f—ing drunk,” said she had a flat tire, and also said she didn’t know where she was.

“I really hope I don’t get a DUI,” she says seconds before she hits a sign in the median, which was also caught on video.

A caller told 911 she was driving in north Lakeland and couldn’t provide an exact location but said he was watching the video on the live stream.

A police officer used a personal Periscope account to locate Beall on eastbound Carpenter’s Way, based on landmarks in the area.

Man, what did the world do before technology? Just get drunk and drive a car without announcing it to the world and live streaming it? So boring. How do you even get any affirmation through Likes and Favorites and Views that way?

In all seriousness this is just another way tech has made life that much better. 15 years ago this hammered drunk chick would just hop behind the wheel and joyride around for as long as she wanted with a pretty good chance she’d kill some innocent person in a head on collision – now, because everyone has a smart phone with a streaming app and a constant desire to be noticed and go viral, we can catch them and throw their dumb ass in jail before they do any real damage.

Reminds me of the classic story 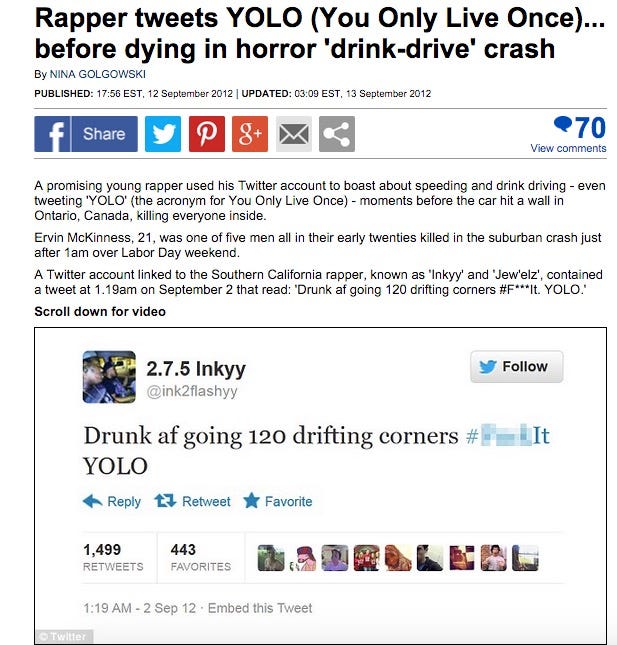 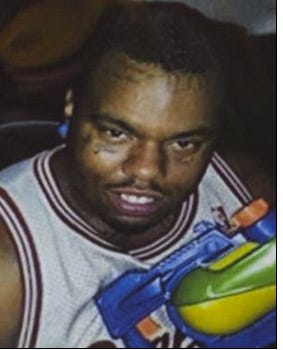 Remember, don’t drive drunk. And if you do, please Periscope it or at least live-tweet it, so cops can come arrest your stupid ass before you kill someone other than yourself.