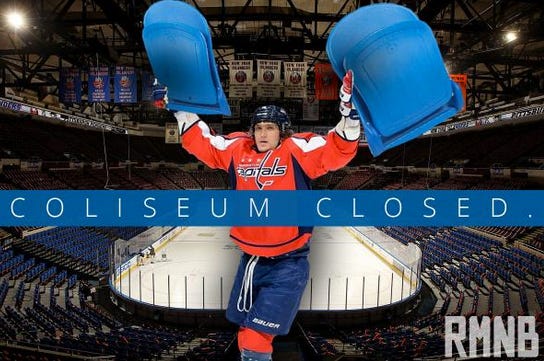 WaPo - After the Washington Capitals’ first-round playoff series win over the New York Islanders last season, Nassau Coliseum closed its doors to hockey and the Islanders began a new chapter of their history in Brooklyn’s Barclays Center. They had heard about the scoreboard before they got there; while it may be perfectly centered over a basketball court, it floats noticeably off center over the rink, which “throws you off a little bit,” Coach Barry Trotz said. “You can tell it’s almost made for basketball and not really for hockey, but I like it,” goaltender Philipp Grubauer said. “When you look in the shower, the shower head is like wayyyy up there.” More annoying was losing sight of the puck with a backdrop of black seats, many empty for a preseason game.

I almost feel bad for the Islanders. Had their best team in years last season and still couldn’t win a playoff series. And now they have to play in Brooklyn in front of nobody who gives a fuck about the Islanders in an arena that somehow cares even less. Embarrassing. It’s the hockey equivalent of the Raiders playing on a baseball field. They built everything for basketball and the Islanders are a complete afterthought. At least you can get a pretty sweet seat in section 1…yes, section 1: 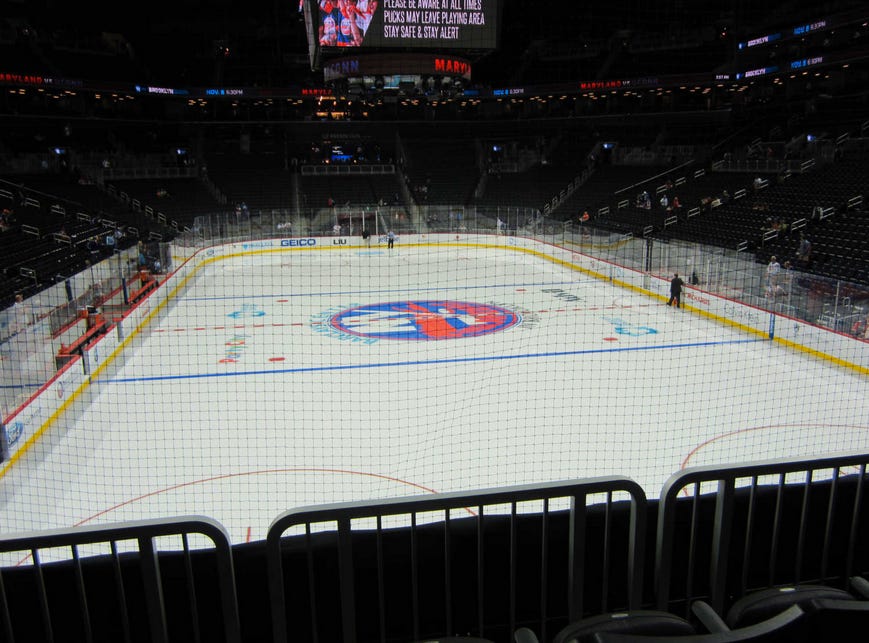 Ahhh, whatever, sitting in the lower level and seeing both ends of the ice is overrated anyway. And hey, you can always move to the uppers to get that nice birds-eye view of the rink: 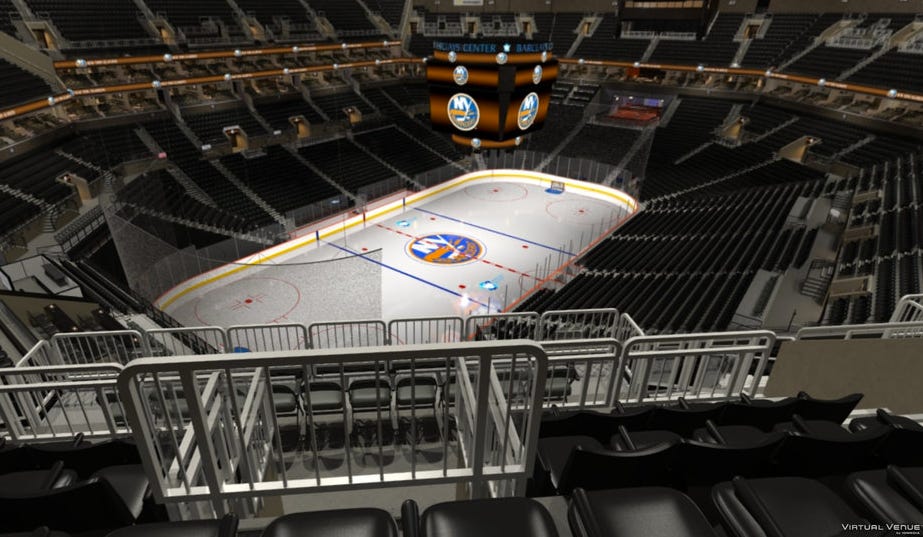 Nope, can’t really do that either.

Better move back down to the other end of the ice, get a really good view of the goalie: 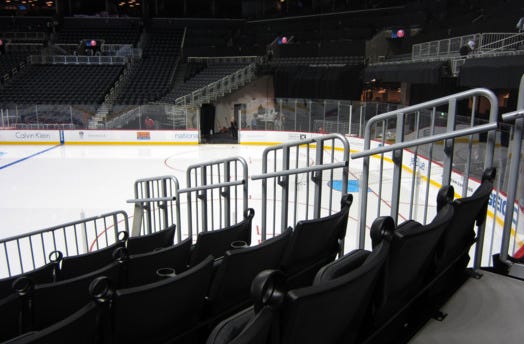 Still nothing. Seeing the actual game, who needs that?

At least they have a sweeeeeet new goal horn, right?

Turns out the Barn wasn’t so bad after all.