This right here is what sweet sweet justice looks like, my friends. The 101 loss season in 2012, the last place finishes in 2013 and 2014, the awful baseball we endured since that water pipe mysteriously burst in Dodger stadium back in 2008, it’s all come full circle. This is one of those moments where a line was drawn in the sand and there are those that failed and those that stand on the correct side of History. You either jumped ship and thought Theo Epstein was a moron, a once lucky GM with no plan or vision, or you had a brain and realized he was a genius here to save the Cubs. You either bitched and moaned about the Samardzija trade or Ricky Renteria firing or the Feldman/Clevenger for Arrieta/Strop deal or the crap teams that were fielded these past few years, or you said to yourself, trust the plan, the plan will come through, Theo knows what he is doing. And I’m not saying we should cast all the doubters out of society but I also would be fine if the Cubs rented a barge, put all these people on it and had it sit in the middle of Lake Michigan while we enjoy the next decade plus. It’s damn good to be on the right side of history. Signed, someone who trusted Theo since day 1. 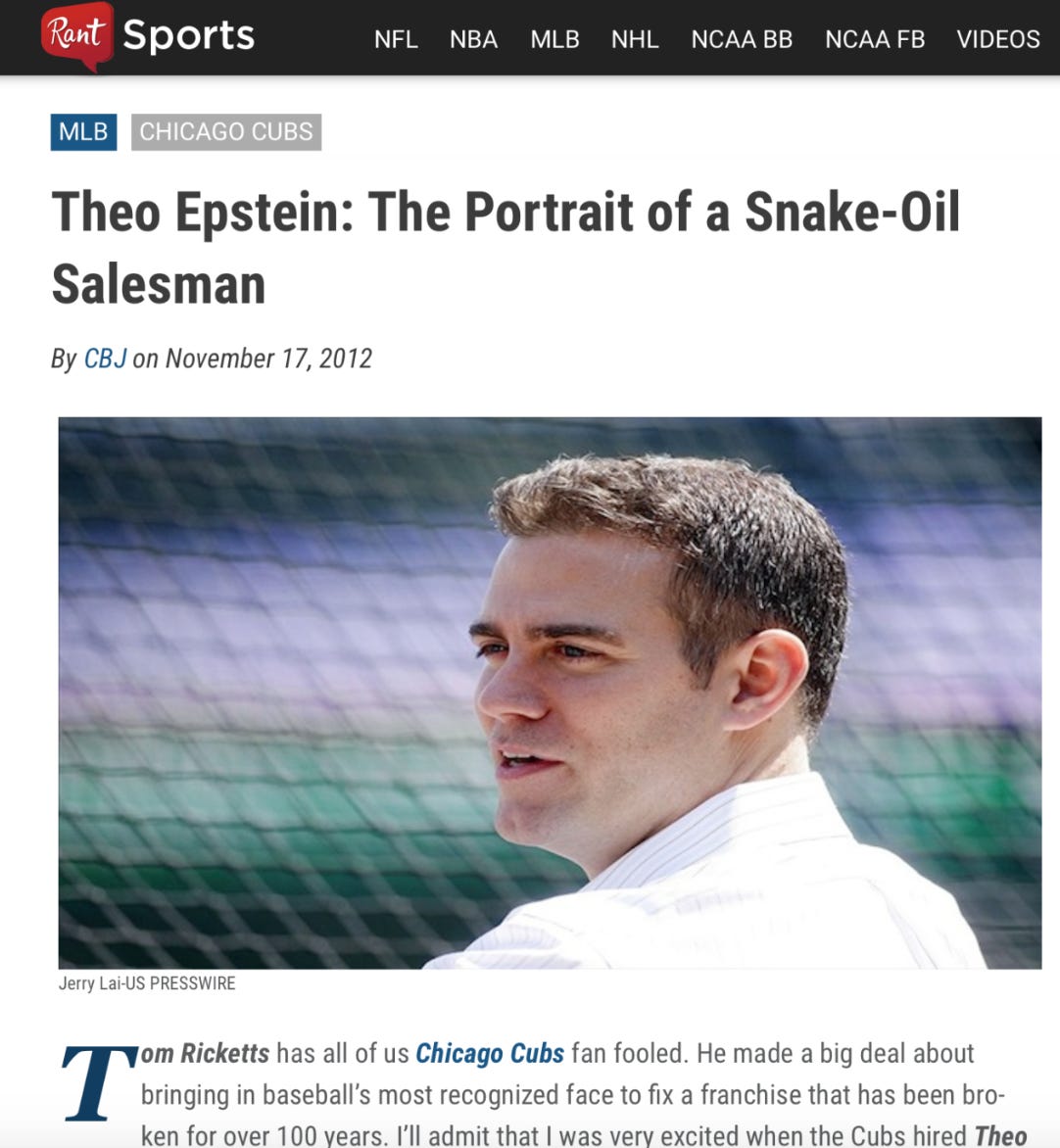 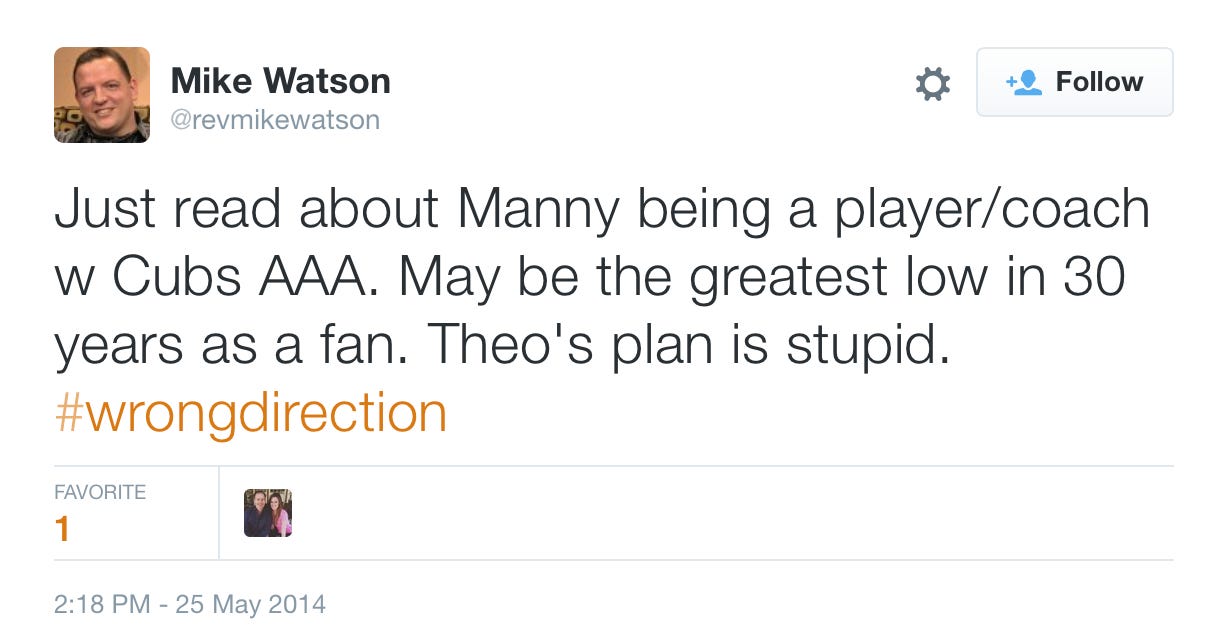 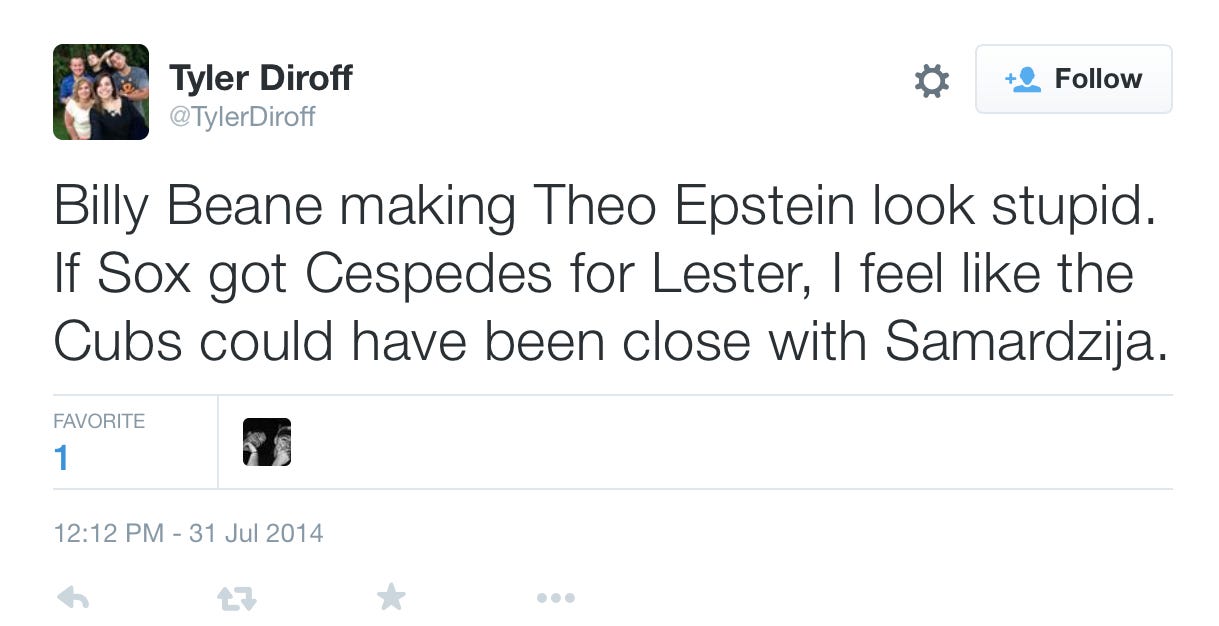 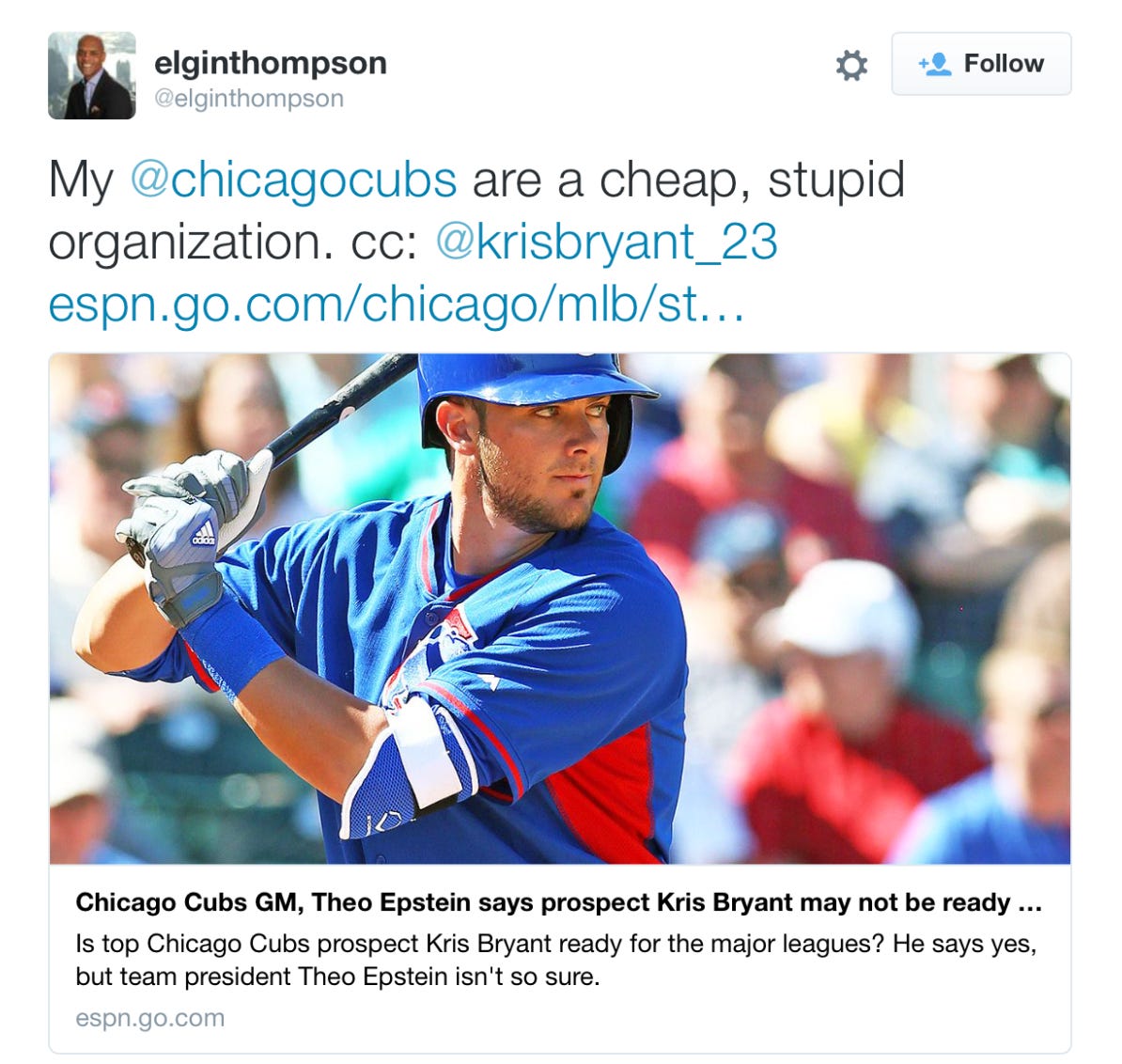 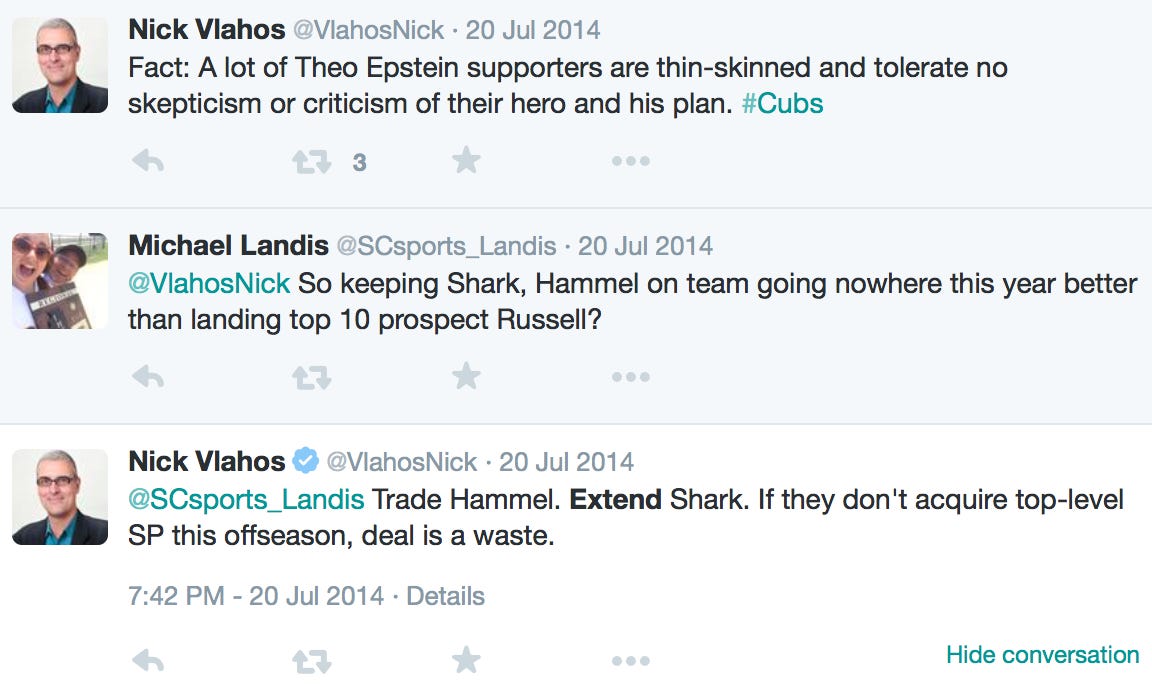 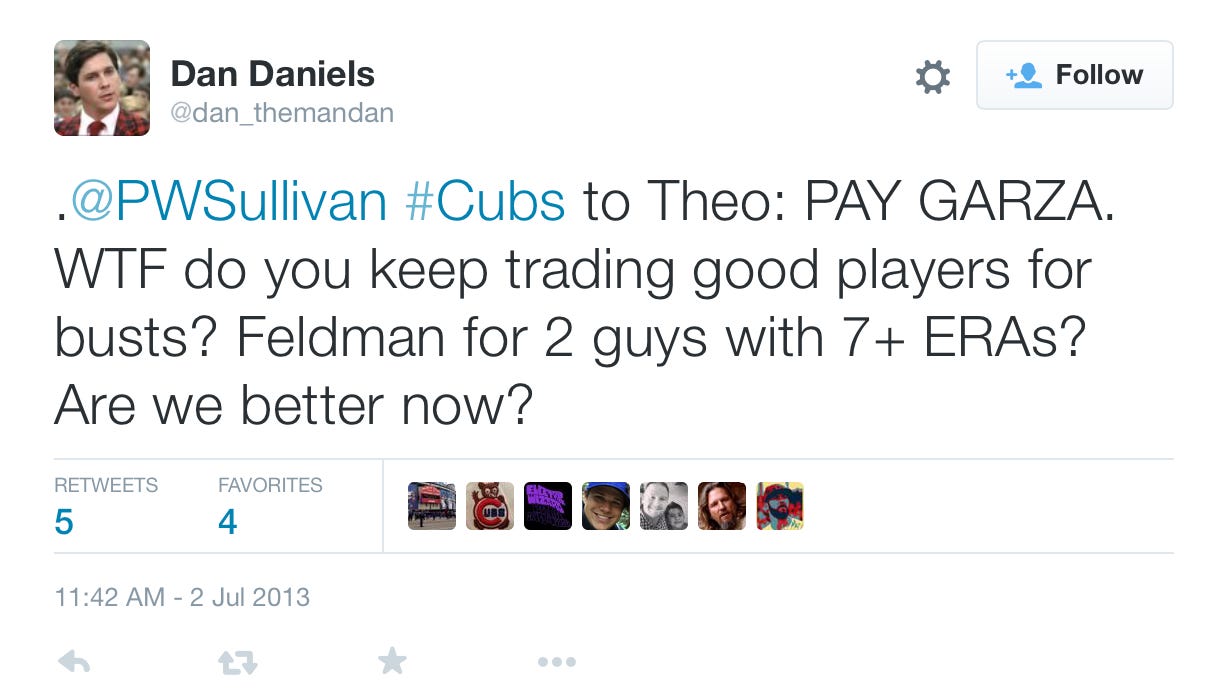