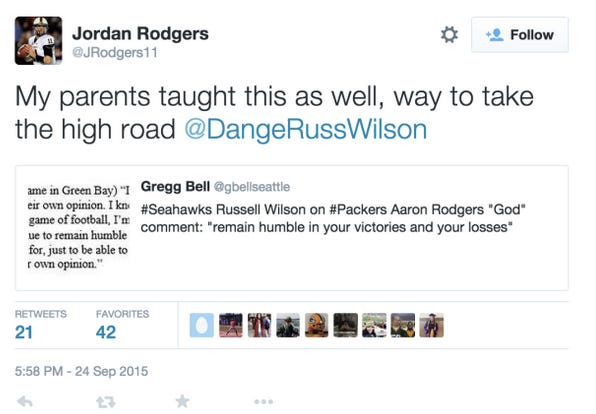 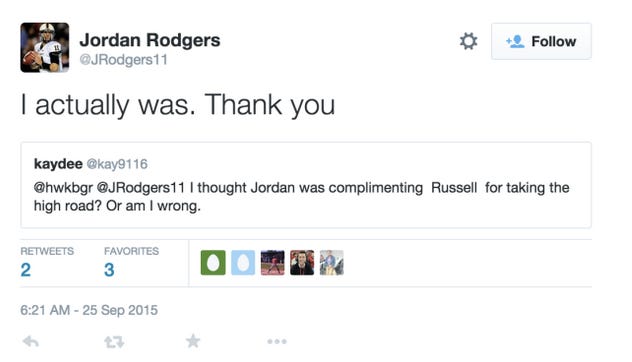 Look there are two ways to read this. Either Jordan Rodgers is being genuine and sincere or he’s being a smug little prick and further needling Russell Wilson after his brother’s fairly funny dig at him last Sunday night. I of course will be choosing the latter. Those smug Rodgers brothers thinking they’re so fucking funny and cool. Get the fuck out of here man. The whole world had a laugh when your brother did it, I hate him but even I admitted it was a funny troll, but this is lame and stupid. And yeah you can say you were being genuine but then why did you delete the tweet or do it in the first place? And you really want the world to believe that you’re taking Russel Wilson’s side over your own brother’s? We’re dumb but we’re not stupid. A real Vanderbilt Quarterback would simply say Don’t Care and move on, loser.