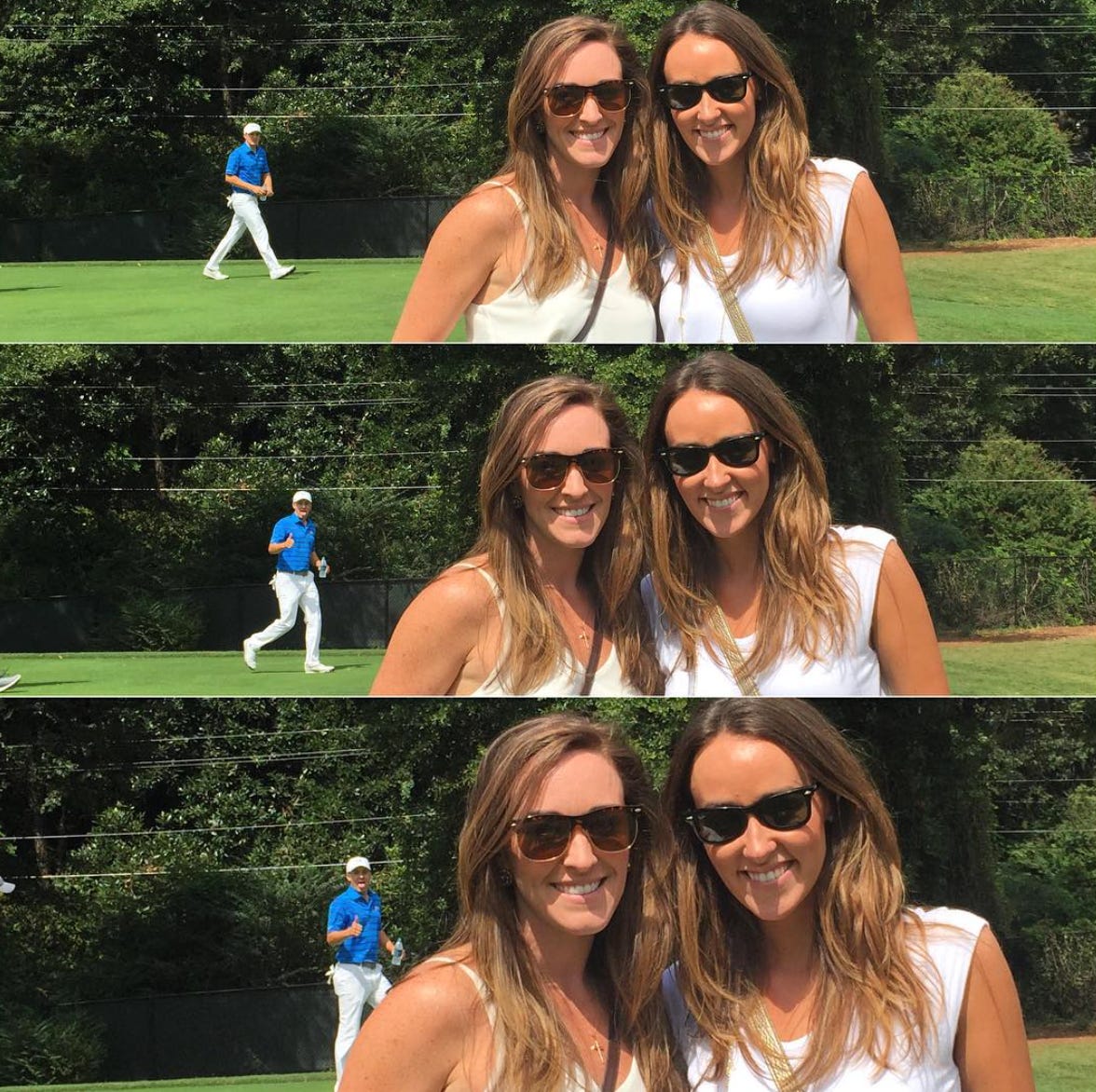 Jordan Spieth just having the time of his life. 22 years old, historic season in his back pocket, Under Armour backing him, millions of dollars in his back account and now photobombing smokes. Pretty damn good year for the young Texan who used to be known as the guy who won the John Deere Classic in a playoff for his first PGA win.  Keep doing you, young gun.

While we’re here, let’s talk about the Jason Day vs Jordan Spieth Player of the Year real quick because that’s what everybody surrounding golf is talking about.  POY is Jordan Spieth.  End of discussion but let’s keep talking.  Spieth is POY regardless of what happens to the FedEx Cup.  If Jason Day wins the FedEx Cup Spieth is still POY.  That’s not taking away anything from Day and the UNBELIEVABLE run he’s been on recently.  I love Day, he’s a great golfer, he’s great for golf and we haven’t seen a dominant run like this since maybe Tiger back in 2000.  He’s #1 in the world currently, has 5 wins this season and has won 4 of the last 6 events he’s entered. He hasn’t only been winning but he’s been blowing people away.

With all of that said, Jordan Spieth is still your POY. Why?  A couple reasons.  One, it feels a little bit like people are having a recency bias towards Day and are forgetting just how dominant Spieth was early in the season.  He bashed skulls at Augusta. Broke every single record there was. The tournament was over by Friday. Then he went on to win the US Open at Chambers Bay. Obviously not as dominant because he needed a Dustin Johnson choke job to win.  Then off to the British Open at St. Andrews where Spieth was in contention up until the very last second. Then he went on to finish 2nd at the PGA Championship at Whistling Straits where he was bested by a historical performance outta Jason Day. What I’m trying to say is Spieth was a few shots away from a Grand Slam. He even sprinkled in a few tournament wins along the way. Hard to imagine a guy like that not winning POY. Bottom line is majors mean more. Spieth won two and Day won one. And that’s how we’ll look back on 2015.  As Jordan Spieth’s year.  Not the year Jason Day won a major and a bunch of tournaments late in the year. That’s gotta count for something. 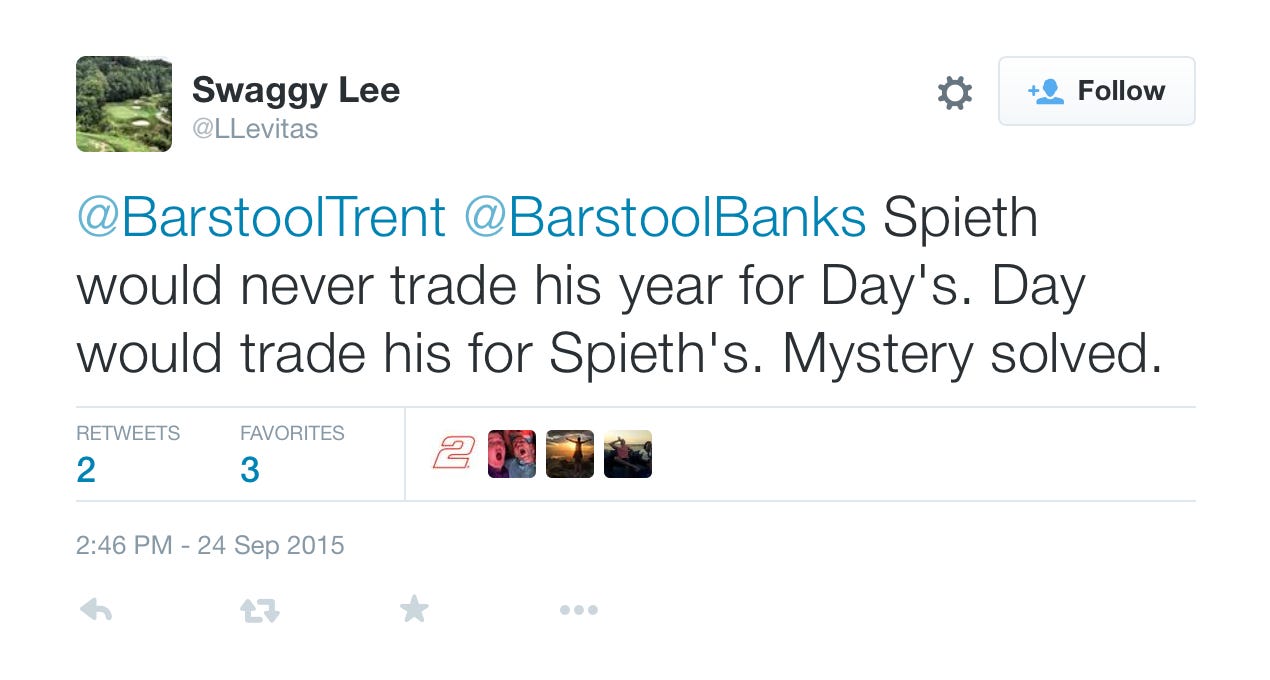 That’s not the most scientific way to determine POY but it might be the best.  Take money out of it for a second (even assuming Day wins the FedEx Cup and the $10 million pay day).  There’s no way Jordan Spieth trades his season for Jason Day’s but Day trades his season 100 times outta 100 for Spieth’s.  That’s just a fact.  Majors just matter more.