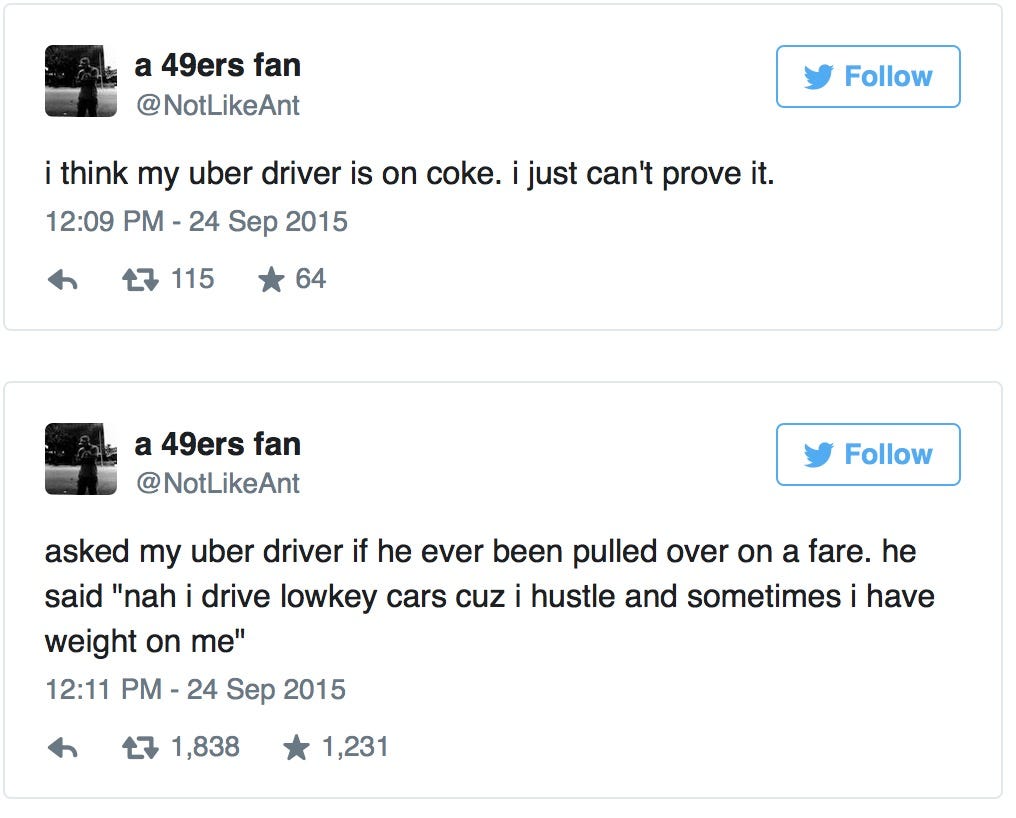 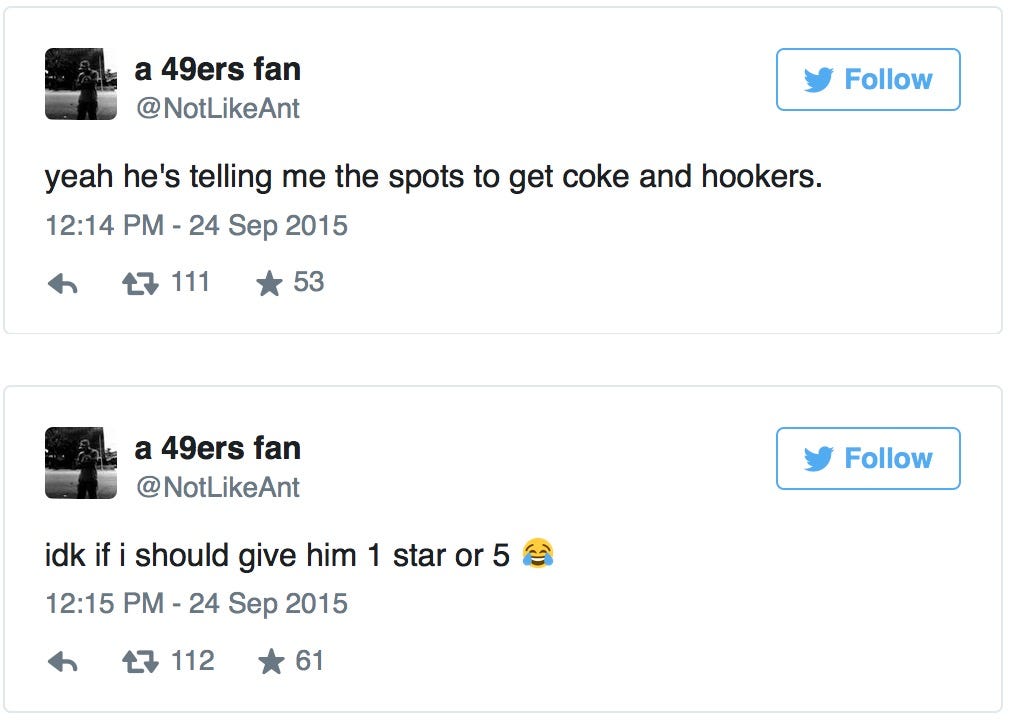 Then Uber caught wind of the tweets going viral and replied to the guy to show that, yes, if a man is discussing trafficking drugs in cars they facilitate, they’re concerned: 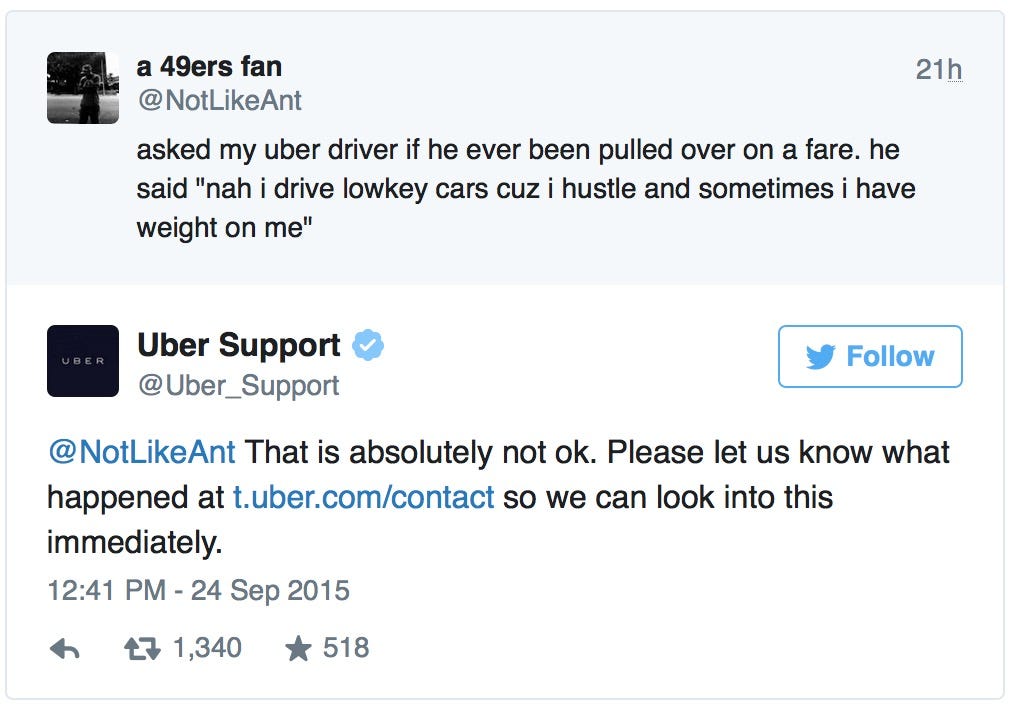 And the passenger replied in more of a Raiders fan way than a 49ers fan way: 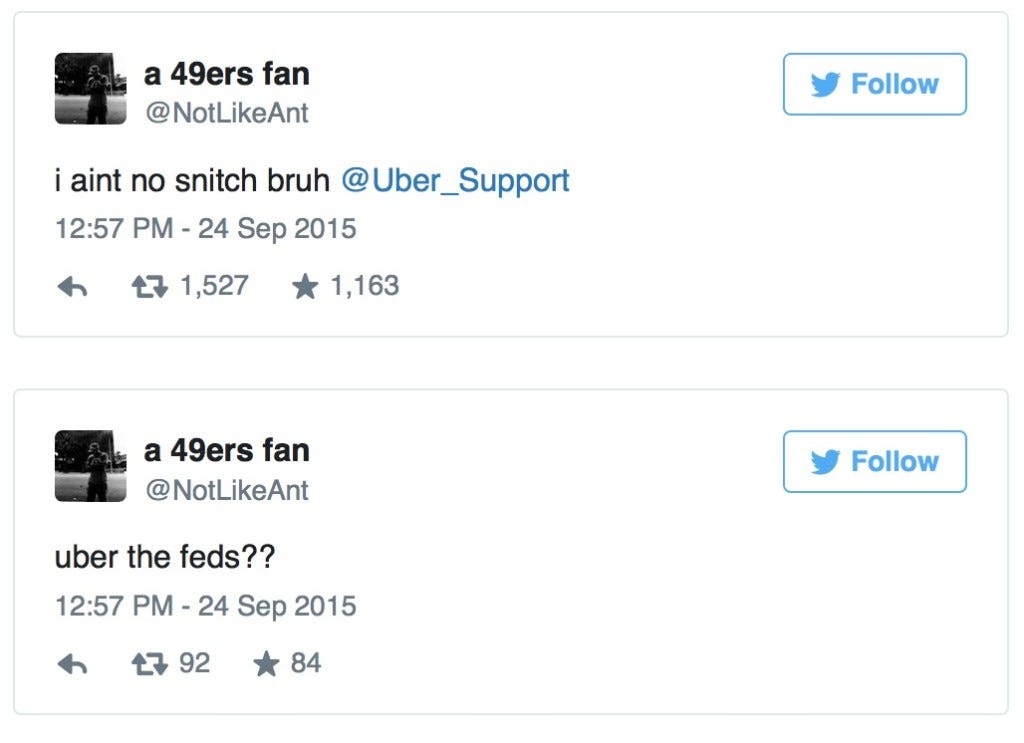 But he’s right, you don’t snitch on an Uber driver. There’s a sacred bond between those driving our unofficial taxis and those riding in them that billion dollar companies like Uber can’t understand. Sure it’s not safe to ride around with a person who may have pounds of coke in the trunk as a side business. And maybe it’s not “professional” to tell a passenger where the best spots for affordable sexual favors and drugs. But that’s the kinship I want to have with my drivers.

I want them to understand exactly what I want, whether it’s skipping a particular route because it always has traffic or knowing when I’m not in the mood to have idle chit chat with a driver or sensing that I’m mildly curious about a great place to snort rails and get a rimjob. This driver just understood customer service in a way Uber itself cannot. I once had a driver offer me Johnny Walker Red on a Friday night out with the slogan “Booze for the boys, drugs for the girls” and, sure, that was inappropriate especially given that he went on to tell me about his newborn daughter and wife at home. But it was nice to be offered all the same. So if this guy on Twitter submitted a complaint about the driver through the site, then yes Uber should go ahead and deal with it accordingly. But otherwise Uber needs to sit back and let Uber players play without searching out subtweets and problems. Being an accessory to drug trafficking and prostitution is a small price to pay for giving the masses convenient rides in the back of a random guy’s Camry.

Also my Uber passenger rating is a 4.6 so I’d like to think I know a thing or two about the subject: 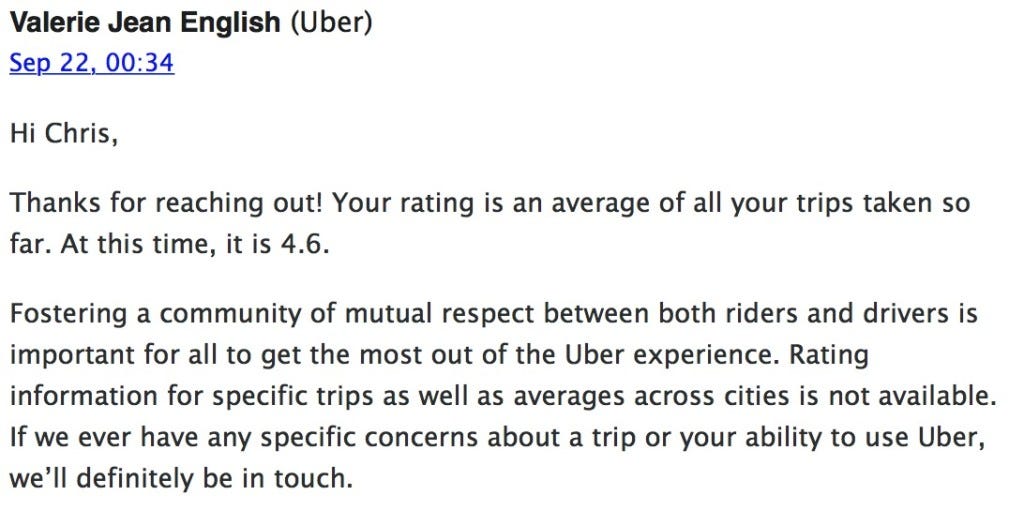 4.7s and above are kiss-asses and sycophants, 4.2s and below might as well be exterminated from society. Facts are facts.