I’ll admit, when Malik Zaire went down for the year my heart sank. I was all in on Zaire. A great name, a natural leader, he could run, he could throw, and it finally seemed like Brian Kelly had a quarterback that could take the team all the way. I mean I was looking up what his name meant in Swahili. Zaire=River. Steady, powerful, useful. It was all perfect. As soon as he went down it seemed like everyone jumped off the “ND Undefeated Bandwagon”. The Irish are a home dog, giving Georgia Tech 2.5 at the time of this blog and still 73% of the public money is on Georgia Tech.

You’d think losing the starting nose tackle, the starting TE, the starting RB, and the starting QB would have me worried, but you’re wrong. You don’t become the foremost “ND is going undefeated” expert on the internet without being able to trick your own brain.

–Kizer will be more effective in this game than Zaire would’ve been: As I said above, I love Zaire, but his biggest strength is being a trigger man in the option game. And no matter how good Zaire is in the option, he’s nowhere close to as good as what GT sees in practice every day. Kizer, by all reports, is a more advanced passer than Zaire and he looked pretty damn good in emergency duty last week against Virginia. Spread GT out. Single back with Prosise and then let Kizer sling it all over the place because the Irish have the athletes on the perimeter to beat GT. Georgia Tech had probably been prepping all summer for Zaire because they opened up with Alcorn State and Tulane. Now they have to scrap that game plan and prepare for a guy that has about 8 minutes of film. A complete mystery at QB. Kizer Soze. 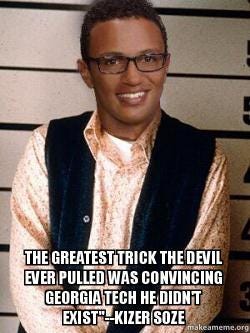 If Anyone Can Be Prepared For The GaTech Option Attack It’s Notre Dame: This isn’t Notre Dame’s first dance with Paul Johnson’s offense. Notre Dame’s annual game against Navy should have the Irish more prepared than most teams GaTech plays. And since this game vs GT is so early in the season you’d think that ND spent a good deal of time this summer preparing a scheme to slow down Justin Thomas and the Yellow Jackets. Debbie Downer’s will say that ND got torched by an inferior Navy team last year so they won’t be able to stop the Yellow Jackets. To that I say…DC Brian VanGorder had just spent like 10 years in the NFL and hadn’t seen the option. Now, with a game under his belt and experienced players at every level like Day, Schmidt, Smith, and Shumate the Irish will be ready to attack. Sure, Georgia Tech is putting up like 67 points per game so far this year, but Notre Dame ain’t Alcorn State. The Irish will need good eye discipline, but they do have the athletes to keep up with GT on the outside and the thumpers in the middle to stuff the B-back. 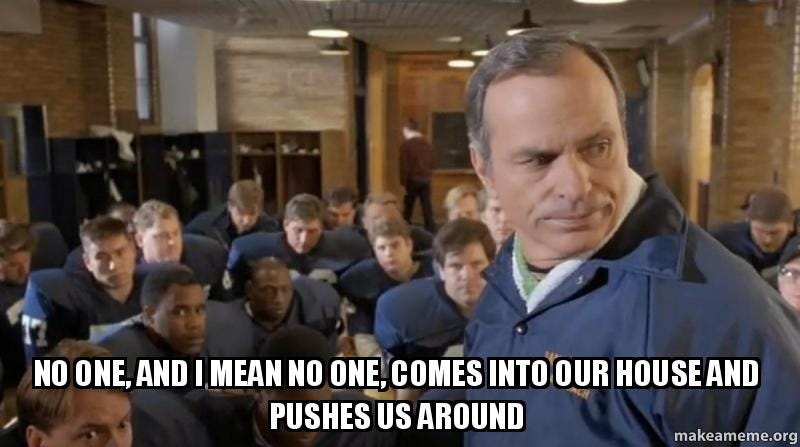 Notre Dame looked infinitely more crisp at home against Texas than they did last week at UVA. Some of that was definitely a function of Texas being miserable, but the crowd and comfortable environment will help the Irish in a tight game. Welcome to the Terror Dome 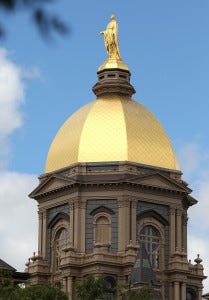 Brian Kelly has a long history of juggling QBs and still being successful. He did it at Cincinnati, and he’s done it literally every year at Notre Dame. Kizer is a capable athlete and a good thrower. The offense should still be able to move it. Great offensive line, Prosise in the backfield, and a seemingly endless rotation of playmakers at WR. As long as ND protects the football, Notre Dame will have enough on defense to keep the Irish undefeated. Viva La Irish.

credit to @CBusIrish for the Kizer Soze photo shop