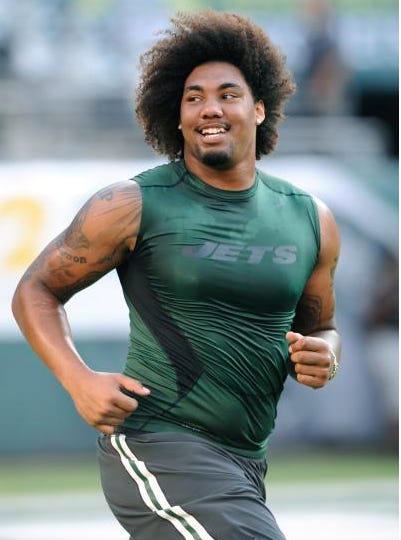 NYDN - Most players hate running, but apparently not Leonard Williams, who wants to do even more of it after practice. The sixth pick in this year’s draft said he thought he needed more conditioning after his NFL debut in the Jets’ victory over the Browns on Sunday. “I mean, I don’t feel like I played to my best ability to be honest,” Williams said Monday. “I think part of it is just conditioning.” “They had a few long drives, and I just noticed I was getting pretty tired on those drives,” he added. Williams played at USC last year, where he was told specifically what to do to stay in shape. “In college they kind of had everything set,” he said. “Here they rely on you to be more like, the man, you know.” Todd Bowles, however, wasn’t so concerned, and had a different theory why the defensive end was tired. “I thought he got winded, because I thought emotionally he was too high. You come out and you’ve got spit on the side of your mouth and you’re slobbering and you’re in warmup and pre-game and everything like that,” Bowles said with a smile.

Do you know whats amazing? What is more powerful than any drug or any person? Winning. If the Jets lose Sunday to the Browns and Leo comes out and says he was tired its a shit storm. The New York Post probably runs a back cover with a picture of him sucking his thumb saying he needs nap time. Instead the Jets win, the Giants lose in dramatically bad fashion and this is the cover: 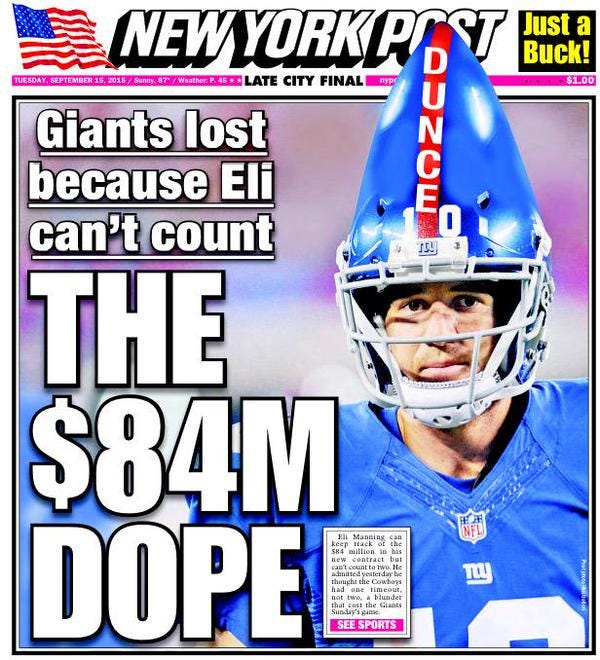 A dominant 31-10 win and Leo Williams being a little bit out of gas isnt a big deal. He’s a rookie. It was week 1. He’s amped up. Needs to learn the pro game and how to pace himself. Keep his emotions in check. Thats the rhetoric this week instead of “undisciplined and lazy.” “Todd Bowles doesnt run a tight ship.” Yada yada yada. All that shit.

Do I want Leonard Williams to get his ass in shape and be able to play a full 4 quarters without being tired? Yes of course. And if they had lost and players were saying they were tired on long drives, I’d be furious. Even though I think the kid was just being honest with the media (He bro, stop doing that), me and the rest of Jets fans would be up in arms. But they won the game, they dominated on D, and Leo has another week to condition and prepare and go out there and help his team grab another W.