Awww look, it’s two cute anonymous old people embracing at an airport. Girls are all like #goals and guys are all like “fuck”. But guess what? It can’t just be a nice video for people to see and be like “aw, that’s nice” and move on. People have to get MAD. Via Reddit, where yes, I did see this video:

There’s about 1,000 more comments that are similar. Why does everything have to be a big deal? Someone saw something in public that they thought others would like, so they shared it with the world. It’s the beauty of 2015. I understand the argument if we saw their names and SS #s, or if something terrible was happening, but it was a nice, happy moment. Why would anyone be “pissed if someone did that to me”? I would fucking LOVE it. Hey world, look how sweet and romantic I am! I’d even be down with that whole plane breakup thing, no matter which side I was on. “Oh shit, someone actually dated Barstool Nate?” Bottom line is, first of all don’t do something in public if you don’t want people to see it. I think that’s pretty self explanatory. And second, unless he’s telling her that while she was gone her entire family died, I don’t see a problem with this one bit. People like look at happy things. This is one such thing. And for the plane breakup, people like apeshit crazy girls crying on planes. Just the way it is.

PS: This video is just the 2015 version of this. I wonder if people were outraged back then, or if they weren’t fucking pussies. Going to guess the latter. 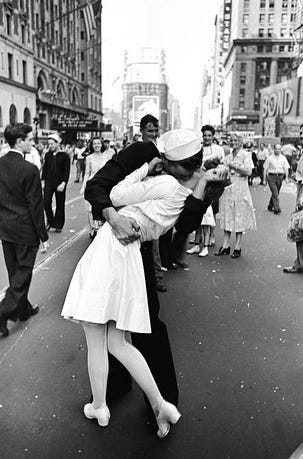