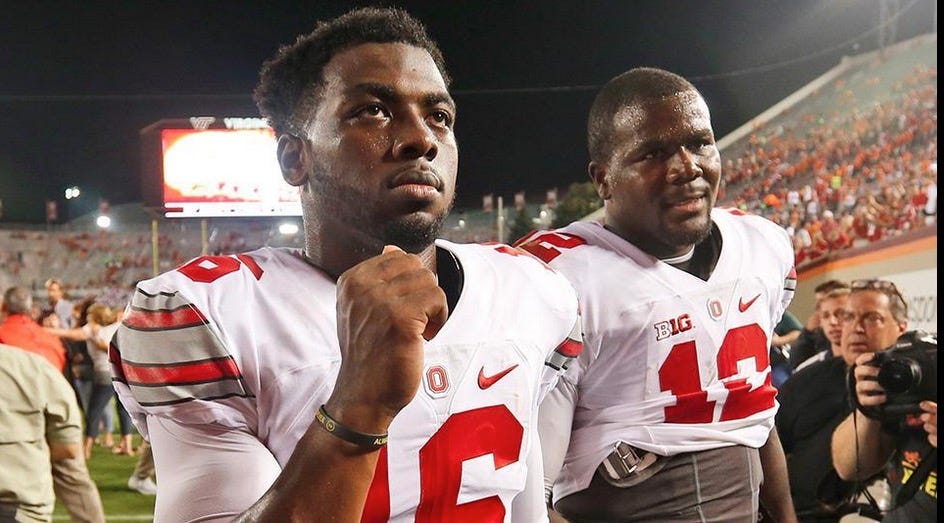 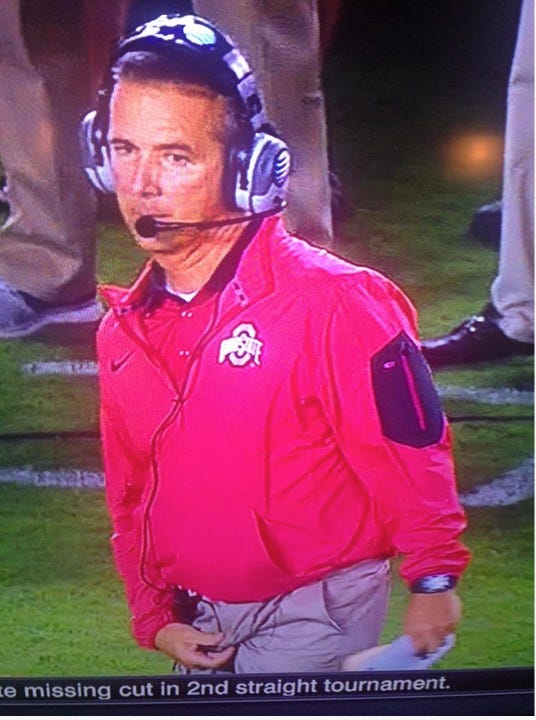 BLACKSBURG, Va. – Ohio State quarterback Cardale Jones says he had no idea he would be starting against Virginia Tech on Monday until the Buckeyes’ first offensive series.

Both he and J.T. Barrett had helmets and mouthpieces on awaiting the decision from coach Urban Meyer after Virginia Tech punted to start the game.

“Honestly, we both went out in the huddle with the first play,” Jones said. “We didn’t know. I was taking a couple steps to the sideline, and [Meyer] was like, ‘No, you’re in.’ When you found out, I found out.”

I know that Urban Meyer is an awesome football coach and it’s tough to argue with any of his methods and that you honestly couldn’t go wrong with either choice here…but this is pretty crazy. To not have a starting quarterback named until you’re literally lining up for the first series? To have two guys suited up with their helmets on, mouthpieces in, standing on the sideline ready to run in and then Urban points to one and he’s the starter? That’s insane.

His reasoning for Cardale makes sense –

“We met twice along the journey in training camp, and [Jones] was ahead, and J.T. really closed it and almost nudged back,” Meyer said. “But the way I looked at it, Cardale finished the season as the starter, and I started thinking for him not to take the first snap, he had to get beat out, and he wasn’t beat out. It was very close, but we got two good players and they’re going to play.”

But at the same time, JT is the one that led you to even be in the position for Cardale to succeed on such a big stage, and losing your job to injury is a tough precedent to set for the rest of the guys.

Again, it’s basically just nitpicking. Can’t go wrong either way. Having 2 guys you can stick under center and expect them to launch a legitimate Heisman campaign is a pretty good “problem” to have. Oh wait, I meant 3 – almost forgot about the guy who you just casually shifted to H Back and instantly became one the biggest offensive threats in college football.