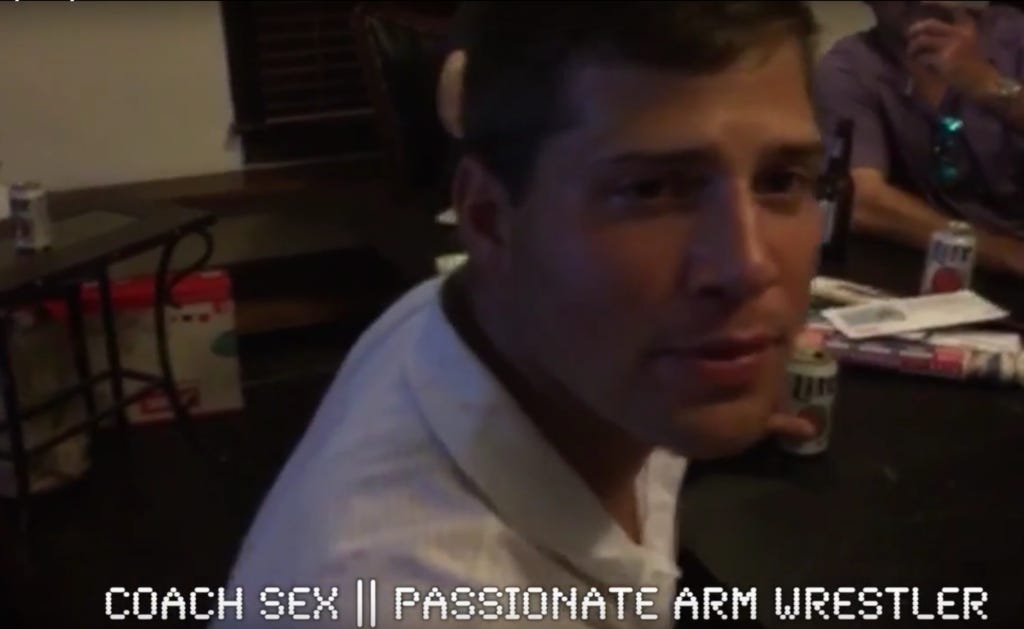 Earlier today we posted the Barstool Dixie Week 1 Recap. Included in that recap was a video of bus driver Ben drunk arm wrestling a man who introduced himself as “Coach Sex”. No joke we were in a house of 6-8 dudes who none of us had ever met before so when we were first showed up we did the whole hand shake introduction thing when you meet a bunch of people all at once and then never remember anyones name by the time you get to the end of the line (that might just be me).   All of the guys had normal names like Adam, Mark, Reece, etc but then at the end of the line there was Coach Sex. When he first introduced himself as Coach Sex I laughed and said “there is no way anyone actually calls you coach sex” I legit thought he was gunna fight me. Anyway, coach sex was obsessed with Ben and with arm wrestling, must have asked him to arm wrestle at least 10 times. After some convincing Ben finally accepted the challenge and beat him, twice.

After we posted the video earlier the tweets and emails came flooding in and as it turns out Coach Sex was not the drunk hardo we thought he was, he just an extremely passionate arm wrestler 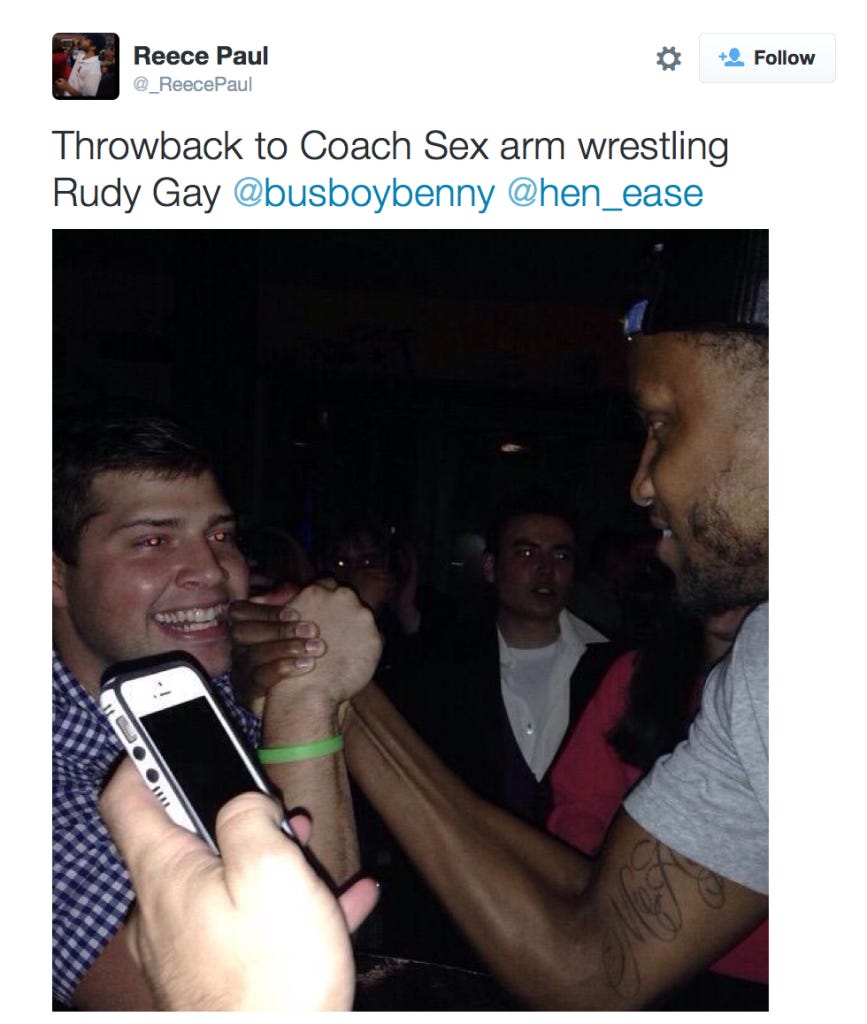 This was Coach Sex’s first tweet ever, I just picture him sitting in his house thinking about how he would dominate hulk hogan in arm wrestling if he ever had the chance and how he could possibly make that happen. Boom make a twitter and bet him 10,000 dollars, problem solved! 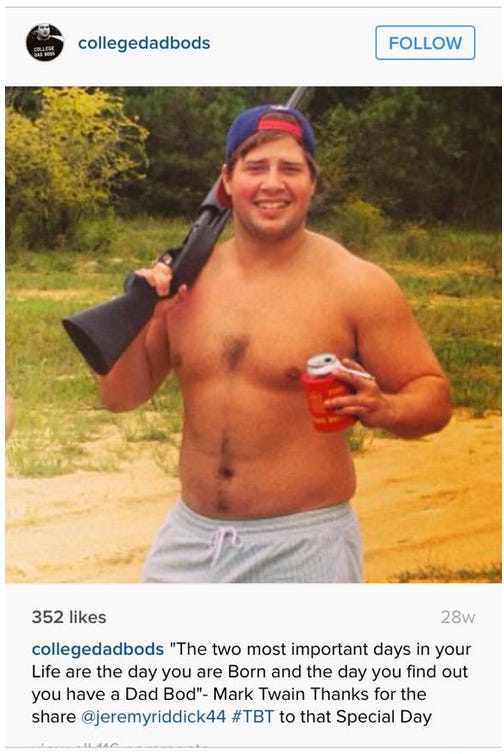 all in all Coach Sex has gone from a regular drunk hardo to a legend in the matter of 24 hours and I see a bright future for him in the UAL someday.