Also gotta be happy with the blog picks – a let down from Posey, but Morales and Zimmerman with 53 points combined makes up for that I think. Feels good to go 2 for 3. Let’s carry the momentum into Friday –

- & DEGROM: Your obvious top 2 aces. Got to feel a lot safer with DeGrom’s matchup, . If I use one it will be DeGrom.

*Kluber has been scratched tonight so you can now deny his upside.

PS – As I’m writing this they just subbed Tomlin in for Kluber and his price is $12K…that’s more than Kluber was…assuming that’s a mistake, but if not, let me just throw it out there, I will not be paying 12K for Josh f’ing Tomlin.

-MARTINEZ: Too much for me to spend for a scary matchup with the Pirates

-SEVERINO has been money but DK realllyyyy stretches his price out – gotta like the matchup with the Rays though. Meanwhile SHIELDS is a guy I usually avoid but I do love picking on the Dodgers waiting for them to get no-hit again.

-Potential value plays – Medlen and Perez. Also Roark is intriguing, but I get the feeling we’re only going to see about 5 IP out of him, and he’s not a K guy. So not much upside. And the Braves don’t strike out. So as I was writing this sentence I basically talked myself out of him. Forget I mentioned it. 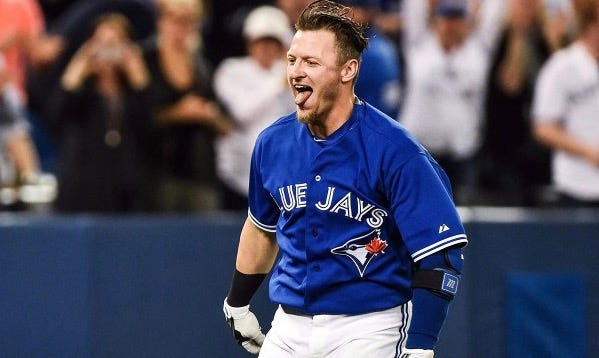 Haven’t played Donaldson in a while because I went on a bit of cold streak with him, but if I’m paying up in the mid-5s tonight I think I’m going with Josh. Yes he’s expensive and no he’s not facing a lefty, but he’s on an MVP tear right now and gets Ubaldo Jimenez in the Rogers Centre for the team with the highest total outside of Coors Field. Hopefully the majority flocks to a red-hot Arenado at the same price and I can sneak up on them with my boy Donaldson. 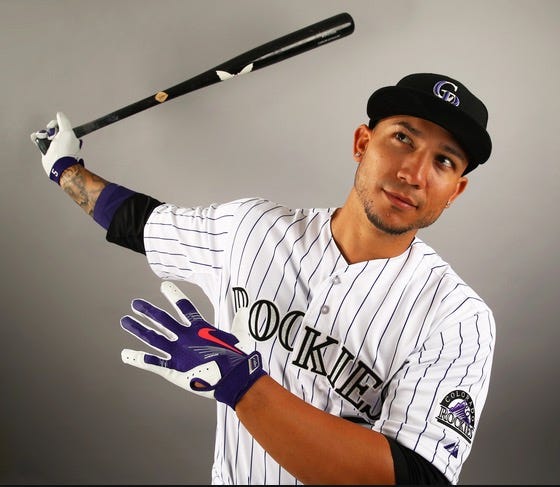 Let me let you in on a little insider secret – when a guy known for hitting mammoth home runs is playing at Coors Field and is coming off TWO two-HR games in a row…you pay 4.7K for him. I don’t care if you’re trying to be cute and contrarian, I don’t care if he’s probably going to be 50% owned. You really want to bank on the hottest home run hitter alive right now putting up a dud tonight? Because if you do you’re a braver man than me. $5.8K or something maybe, maybe I could see fading him…but 4.7 is just absurd. 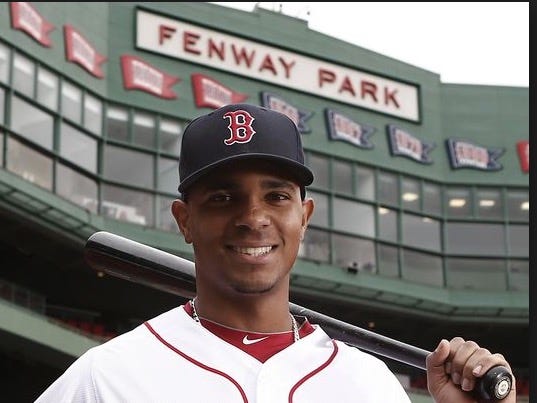 The Red Sox have a massive team total and Xander eats lefties for breakfast lunch and dinner. Now consider it’s a pretty shitty lefty and the game is at Fenway and I feel real good about this pick. Stacking Coors is of course the obvious move and will certainly pay off, but if you want to differentiate yourself a bit, the Blue Jays and Red Sox are the two teams to do it with.

I also like the Royals again against Danks – Kendrys and Cain paid off for me last night and I see no reason not to roll with them again. Same goes for Zimmerman who continues to be the hottest hitter alive.

Hit me up @kmarkobarstool, let’s make some money. Also drop me some of your hot tips and picks for the night, I’m in KFC’s little KFCRadio tournament and I need to make a good impression.

If you’re signing up to play some games tonight and like reading my blogs, make sure to use my referral link, I think you get a bonus and I get a sweet free entry ticket out of it.