Oh man. I kinda wish Berman didn’t overturn the suspension now. Imagine the look on Roger Goodell’s face when the Pats dropped the “banner” and it was just an ode to Brady? Holy shit that might have been worth four games. The stadium would have ERUPTED. Goodell would have to be put in witness protection because that would send Patriot fans into a frenzy, like we were a bunch of sleeper cell spies who just had a chip in our brains activated.

Words can’t express how great that would have been. Tell no one about it, have everyone think you’re ignoring #NoBradyNoBanner and then when it drops, BAM! Gif Banner of Brady counting his rings…

Or maybe that hot painting of him, Gisele and the Lombardis 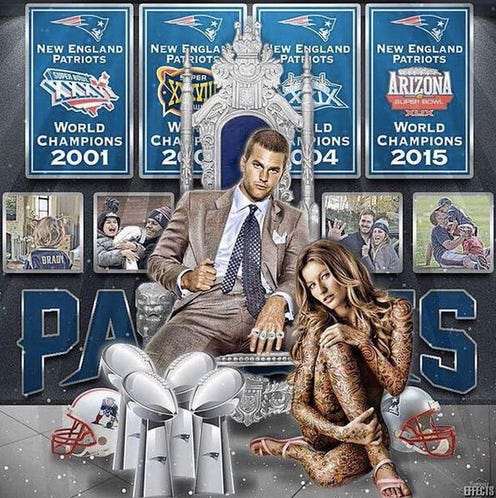 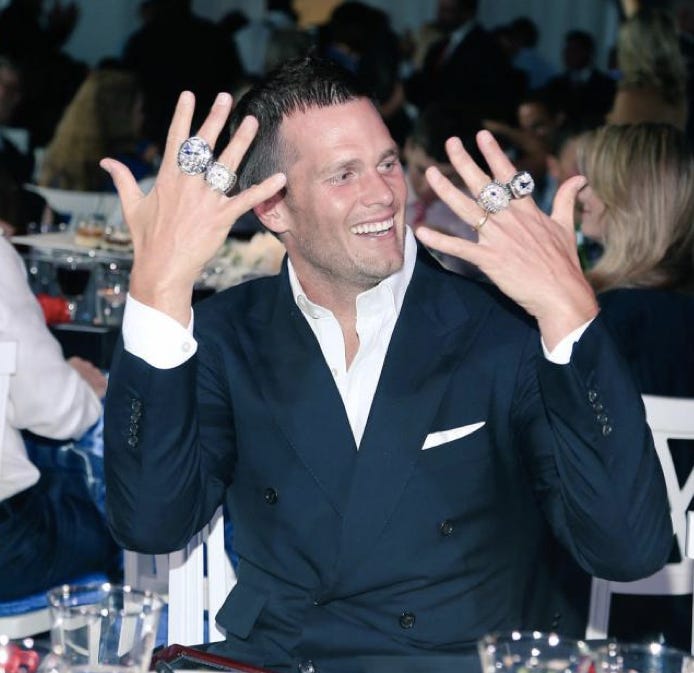 Or another gif banner of him dancing to Handsome and Wealthy

It could have been anything, really. All I know is that a little piece of me wishes that the suspension stayed just to see this banner drop and shock the world.