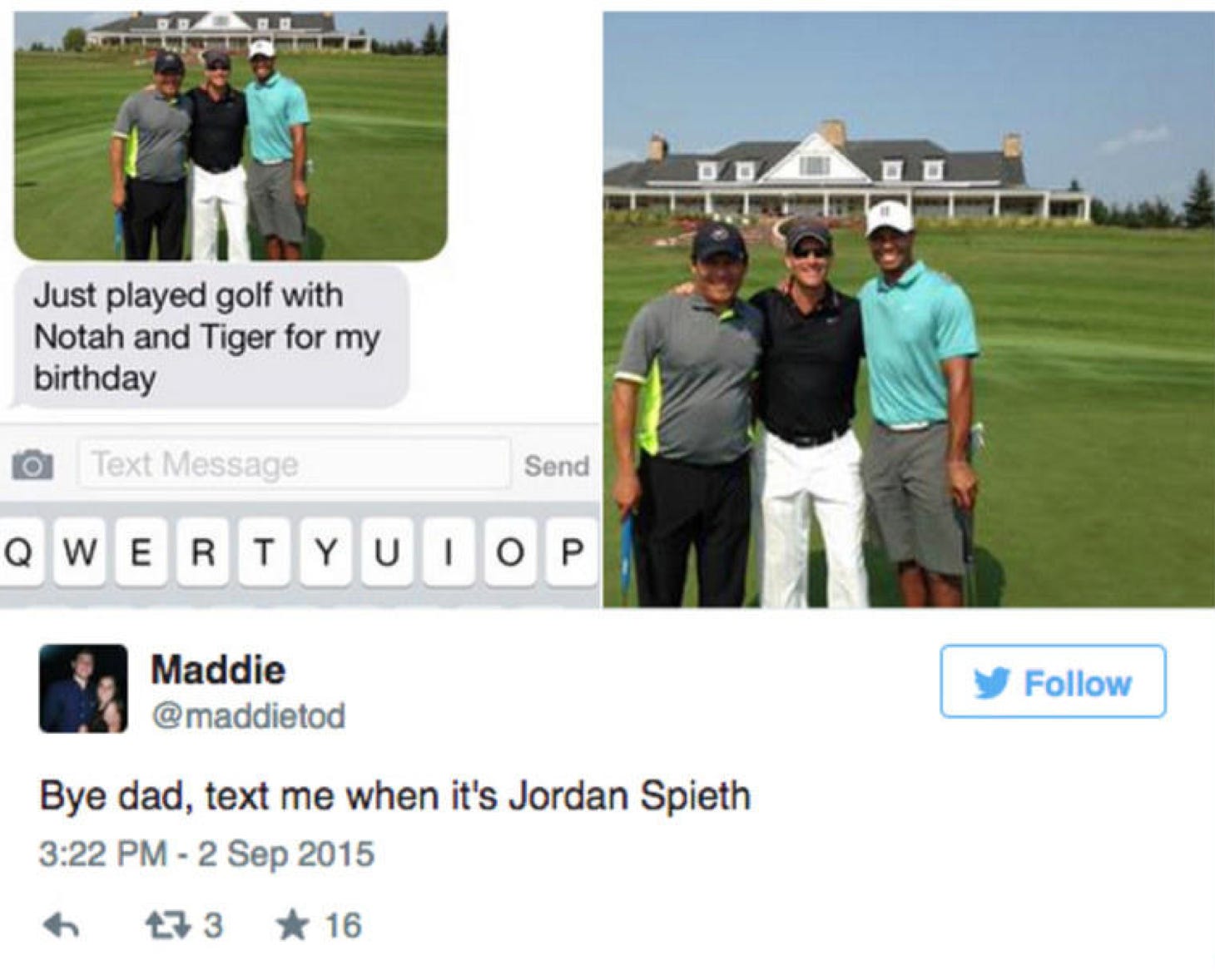 Posterized.  Tiger just got completely and totally posterzied by Jordan Spieth and he probably doesn’t even know it.  The changing of the guard in golf continues.  It’s happening rapidly.  Not only on the course but also off of it.  The young guns aren’t just here for your trophies, they’re here for your women as well. Tiger no longer grabs the hearts and minds of young ladies across this great nation unless he pays them.  It’s now Jordan Spieth’s turn to be the US alpha male.  Remember when Miss Texas asked Spieth on a date despite knowing he had a girlfriend?  Who was sitting right next to him when she asked?  Well that was just the beginning. It’s Jordan’s world now.  He’s young, he’s good looking (when he keeps his hat on) and he’s dominant.  Triple threat. This was the last straw by the way.  Tiger is officially the old guy.  I bet that girl’s Dad died a little inside when he saw that tweet too. To literally everybody else in the world, playing golf with Tiger Woods is the coolest thing ever. To his daughter? Bye Dad, I’ll take the new guy.

PS- I need a 30 for 30 on the relationship between Tiger and Notah Begay.  They’re like attached at the hip and it’s kinda weird. I’m 200% positive the only reason Notah has a job in the golf media world is because he’s a direct pipeline to Tiger.  Not that there’s anything wrong with that.  People have gotten jobs for much less.  It’s just a fact.