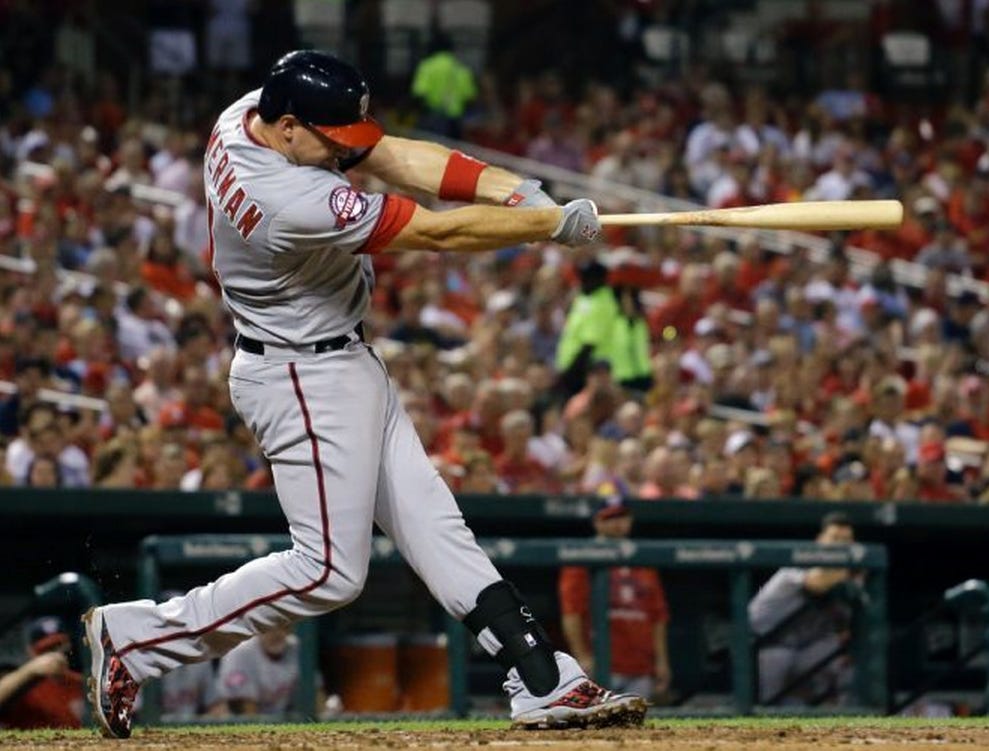 Ryan Zimmerman is still one of the clear faces of this franchise and his past month+ proves that, despite his several injuries, he can still produce at an elite level. Since August 1st, Zimmerman has hit .291 with a .364 OBP, and a whopping .670 slugging percentage. Zimmerman has 10 homers and 32 RBI in his 121 plate appearance span. Zimmerman has added 1.2 Wins Above Replacement in the past 30 days and has ranked among the top 10 or 15 in baseball in several offensive categories since 8/1. 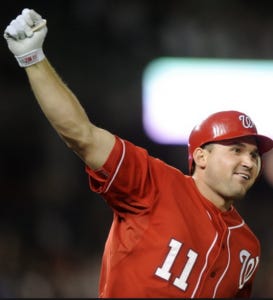 Last night’s game was encouraging for a few reasons: of course Zimmerman’s two blasts were awesome but Jayson Werth has continued to produce with 3 homers and 10 hits in his past 7 games. Max Scherzer put together a really good start for the first time in it seems like months-the 11 hits allowed could be cut down but his double digit Ks and 2 earned runs allowed are very very encouraging. Drew Storen put together one of his best outings in recent memory and struck out the side on 16 pitches (before the little-used Pap closed the game out). Harper left the game with some glute tightness but it doesn’t seem to be any more than a minor issue. The Nats really could have swept the best team in baseball were it not for two hard-to-watch late game collapses. The Mets do not play today so Jordan Zimmermann and the rest of the Nationals have an opportunity to cut their deficit to 6 games against a Braves team that has dropped 8 straight.

PS: Ryan Zimmerman’s AAU team has to be the best ever, right? Ryan Zimmerman and Evan Longoria each hit their 200th homers last night but Mark Reynolds leads his AAU teammates with 236, David Wright is 2nd with 232, and the Upton brothers bring up the rear with Justin’s 188 and BJ (Melvin)’s 144. Add all those homers up and you’ve got exactly 1,200 homers from 1 AAU team. Without doing any additional research, I know that’s the best AAU team ever.