B911 - Santa Clara County officials on Tuesday released a video of a worker being blasted from a manhole by a steam explosion a year ago at the Valley Medical Center earthquake retrofit project, where the county is accusing the contractor of safety lapses and costly delays. The worker was shaken but walked away unhurt.

No joke, that shit was awesome. Has to be the best moment of his life. He’s spending his days installing pipes and living down in manholes, developing the black lung trying to make his father proud. And then BOOOOOOM. He’s flying through the air like one of those rides at Six Flags 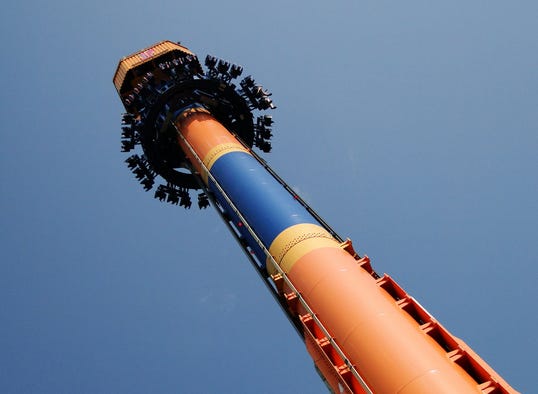 It’s a story he’ll be able to tell for ages. And if he’s smart, he’s suing the fuck the out of the company. PTSD every time he sees a boiling pot, can’t walk down the street without getting the scaries, that all has to be worth millions. Getting blow into the air like that is every person’s dream. Who hasn’t thought about how great life would be if they got hit by a FedEx truck? Break a leg, spend a couple days in the hospital, and then settle out of court for $250,000. The American dream is still real.

PS: Shout out to the guy who had that 6th sense that something bad was about to happen. He legit saved the dude’s life by telling him to come on up out of the hole. They spent god knows how long installing the pipes, and the second they turned them on he was like “nope, we’re about to die”.