I get depressed if I don’t crack 150, so you can imagine my displeasure.

The one thing I’m happy with is that I’m getting better at picking pitchers – after some well-documented struggles with writing up pitchers on this blog (culminating with my rec of King Felix when he promptly gave up like 10 runs in the first inning), I’m slowly finding a groove with the guys I use.

On the flipside, my hitters have been getting colder and colder. Arenado, Edwin, Peralta and Chris Young – all single digit outputs last night. With the exception of the other night when 3 of my 4 blog picks hit homers, haven’t had a ton of success lately. And that part sucks the most – nothing makes me happier than getting a flood of tweets of the bomb emoji after one of my guys goes deep from people who played them and win some money off it.

Need to find a happy balance of pitchers and hitters and try to hit a big payout at least once before the season ends.

-MadBum isn’t the highest priced guy and he hasn’t been any of the experts’ top picks that I’ve read so far, but I’m salivating over his matchup with the Dodgers, who just LOVE getting no-hit lately. He’s my #1 guy for the night.

-Chris Sale – doesn’t take an expert to break the guy down. He has maybe the highest upside in the league when he takes the mound, and will most likely put up 35+ points tonight. But 13.9K is a high price to pay with a Coors game going on…

-Greinke is Greinke, one of the best real-life pitchers in the league. But this is fantasy, and the fact is the Giants are good against righties and this lowers the K upside here.

Again, I’m not here to talk you out of any of the best pitchers in the game. It’s just smart to be extra critical and to take a look at all angles before using 12K+ of our limited salary on a pitcher and make sure we’re maximizing point upside.

-Cole I think is your go-to guy for this tier. Got some of his swag back last start and gets a pretty weak Milwaukee team.

-Cueto put up 43 point on this Tigers team last time out. But his last 2 starts have been garbage. Which Cueto shows up tonight?

-Verlander has been VINTAGE Verlander lately, but I still think bordering on 10K at Kansas City, a team that doesn’t strike out is pushing it a little too much.

MIDDLE OF THE PACK:

-3 guys I think you need to strongly consider here: Duffey, Smyly and Shoemaker.

Keep in mind these guys are priced here for a reason. They’re FAR from safe. We’re not looking for perfect games here, we’re going on upside only, and taking the risk to try and squeeze hitters in. Don’t pay 6.7K for Shoemaker then bitch to me when he gets lit up.

-The guys you look for some far-flung upside, close your eyes, click on them, and pray to God they pull a rabbit out of the hat and win you a tournament. Gonzales, Porcello, and Nicolino are your best bets here for the “don’t think just click” surprise of the night.

[Going everyone under 5K today to help you save money on the pitching aces. But if you’re going cheap at pitcher and have money to spend, all the big bats at Coors are in play as well as the big Blue Jays bats (Bats, Encarnacion, Donaldson) and McCutchen] 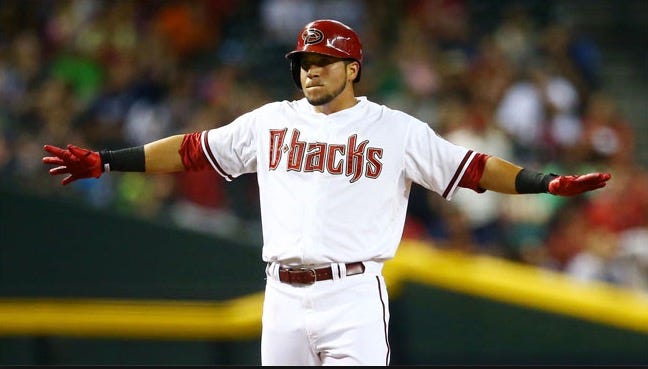 After an underwhelming dud last night, the Coors game should be a bloodbath tonight. Kyle Kendrick is one of the worst pitchers in the league and is giving up a CRAZY amount of hard-hit balls to lefties at Coors this year (not much better against righties FYI). Not only do the stats back this play up, but so does the KMarko curse…a dud from Peralta last night means we double down tonight. Yes he disappointed yesterday and his price went up .7K, but I’m fully on board. Also I can’t afford Goldschmidt or Pollock so that’s also part of it. 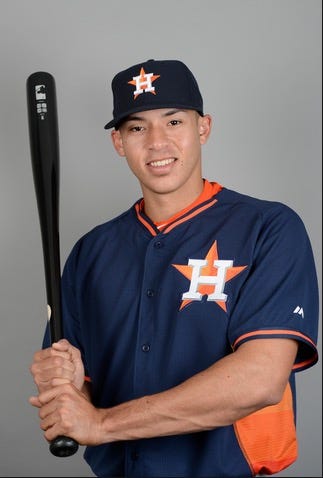 Correa came back to the lineup after a few days off from a pulled hammy…and promptly homered. See no reason why he won’t do it all over again tonight – got a nice little matchup with a lefty and is at a pretty sweet price for his upside. I like Altuve a lot also but in the interest of keeping it below 5K I’ll feature the possible Rookie of the Year here. 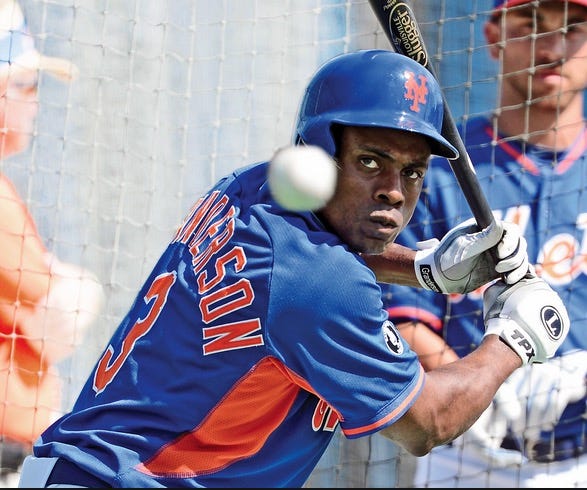 When Harang faced the Mets last week I said I was scared of the matchup – as horrible as Harang’s numbers are, he ALWAYS seems to bring his best stuff against the Mets and inexplicably shut them down. I no longer have that fear. The Mets are too good right now and Harang is teetering on the edge of completely washed up, and I wouldn’t be shocked if Grandy leads the game off with a home run.

Of course, if you’re a betting man, and have been following my picks lately, go ahead and slot Harang in as your SP2 and watch him go 8 IP 3 HA 9 K and the W as Granderson goes 0-4. 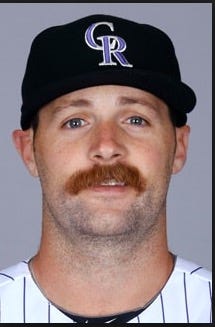 The DBacks/Rockies are playing a double header today and I wrote this up around 2 PM so make sure you double check the lineups. But if they stay as usual, Paulsen is one of my top plays tonight. He’s spent much of the season as the outlier of the Rockies lineup – the guy who couldn’t ever quite seem to capitalize on the thin air and whose price stayed super low because of a lack of production. But he’s FINALLY starting to put some good wood on the ball, and is still cheap to help us get some good pitchers in our lineup. Can’t guarantee a homer here but I definitely love his chances of a 12+ point game.

Tweet me if you see he’s out of the lineup and I’ll update with a different value play here.

That’s it for me, good luck tonight, hit me up @kmarkobarstool to talk shit and give me your top plays. I honestly read and listen to every one of them – some dude talked me into Smolinski last night at min price and then came out and hit a 3 RBI double.

Also use my referral link so we can get hooked up.

Also, my monthly disclaimer – if it wasn’t obvious to you from the way that I ramble, pull stats out of my ass, and base picks on things like curses I made up, I am NOT an expert at this. Shocking, I know. The whole point of starting this daily DraftKings segment was to show DFS from the perspective of someone just starting out and trying to mess around and make some money, as opposed to the millions of experts with blogs about this who do it for a living. I’ve been pretty good at it and can go on hot streaks, but as you can see from my 123 score last night, I definitely haven’t figured it out yet. So in conclusion please don’t blindly put every pick I mention into your lineup, click submit, then tweet me that I’m an asshole and you just lost a month’s rent.