What a masterclass this guy is putting on.

There's a common saying that goes "take the high road"

Here's another one... "don't stoop to their level"

Fuck both of those sayings. Or at least in this context. If you can stoop to somebody's level and kick their ass at their own game, sometimes you gotta do it. Immaturity and pettiness is where Patrick Reed lives. $1.35 billion dollars worth of ridiculous defamation lawsuits against your peers with a king clown of an attorney will do that. Clown behavior sometimes requires clown responses. This face.... appropriately clowns the existence that is Patrick Reed. 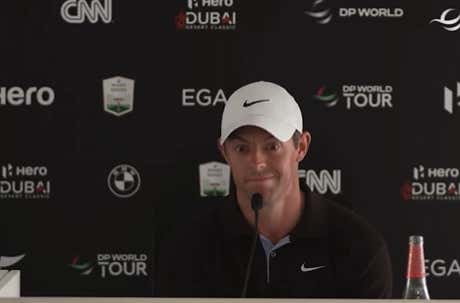 What's been revealed through this drama is that Reed's lawyers subpoenaed Rory on Christmas Eve at his own home! That would serve to piss anyone off any day of the week, but doing that with little baby Jesus on the way?!? What a joke.

Good on Rory for putting Reed in his place. Dagger after dagger after dagger. "Storm in a teacup"? Absolutely demeaning stuff from World Number 1 and I can't wait to see what else he's got up his sleeve.

At this point I'm 3 blogs deep on this saga. Might as well start counting down the days before my own lawsuit shows up on my door.