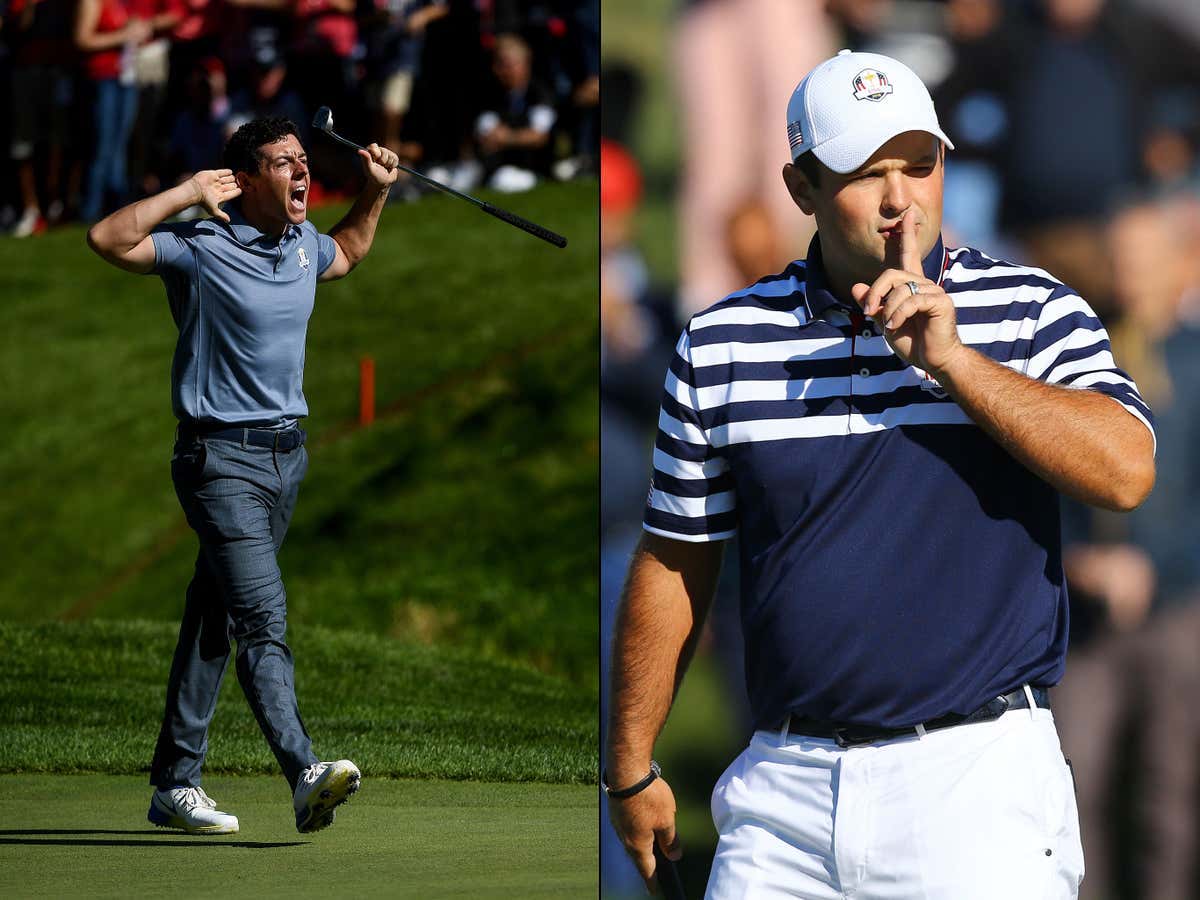 Independent.ie -- Patrick Reed threw a tee at Rory McIlroy in disgust after the world number one appeared to ignore his efforts to say hello at the Emirates Golf Club, according to reports.

The former Masters champion, who has moved to LIV Golf but continues to play DP World Tour events until an arbitration case being held in the UK in a fortnight decides on the Tour’s ability to suspend the rebels, saluted McIlroy’s caddie Harry Diamond without incident, according to the Spanish golf portal TenGolf.com.

Reed, whose defamation case against analyst Brandel Chamblee and Golf Channel was dismissed Friday by a federal judge in Florida, then approached McIlroy, who was on his hunkers at the time, looking at the ground.

Reed stood near McIlroy a few seconds with the intention of saying hello but McIlroy did not even turn his head towards him.

Reed insisted in saluting McIlroy but after getting no response, he gave up and walked away but not before putting his hand in his pocket and throwing a tee in McIlroy’s direction in disgust.

The incident was the talk of the range and the tournament and comes after reports of tension during last year’s BMW International.

According to the Telegraph, Sergio Garcia launched an expletive-laden rant at fellow DP World Tour players after being banned from the Scottish Open and fined by the DP World Tour for defecting to LIV Golf.

A player, who wished to remain anonymous, revealed: "The news (of the ban) came out during last week's BMW International.

"Sergio flew off the handle, shouting 'This tour is s, you're all fed, should have taken the Saudi money."

While relations between players is considered cordial despite the fallout over LIV Golf, McIlroy and fellow Ryder Cup star Shane Lowry admit they are uncomfortable with LIV Golf players teeing it up in DP World Tour events.

I cannot get enough of the ongoing beef between LIV and the traditional golf world. It sucks that we're not watching all the same guys play together all year, but it's giving us tons of juicy moments like these. The majors are going to be spectacular this year, especially Augusta.

For those who don't know, the ongoing battle in court as it relates to the DP World (European) Tour is in a stage where the LIV guys are still allowed to play in their events. That may change in the near future as arbitration comes to a head, but for now the European Tour is rife with drama as LIV guys continue to play on their tour's biggest events. They almost have to, as it's a means to try to keep their world golf ranking afloat while the OWGR (very obviously) slowplays LIV Golf's application for points.

That's put these players in an awkward spot, and this is the first time Rory has teed it up this year. Rory giving Reed the cold shoulder after they've played competitively for a decade is laugh out loud immature. But so is firing off over a billion (yes, literally) dollars worth of defamation lawsuits against a variety of well established figures in the golf realm.

What never ceases to amaze me is Patrick Reed's lack of self-awareness. It is incredible that the guy thinks things are going to be all hunky dory towards him given all that's going on. Especially after a decade of him being… ya know… being Patrick Reed on the PGA Tour. It's all so weird and phony. Always has been.

What doesn't surprise me, by the way, is Sergio flying off the handle and ranting about how everyone else should've taken the bag. The more things change, the more they stay the same. Sergio and Reed are two guys who deserve each other.

I'd keep going, but I'd like to keep the court proceedings of Banks v. Reed on the short side.