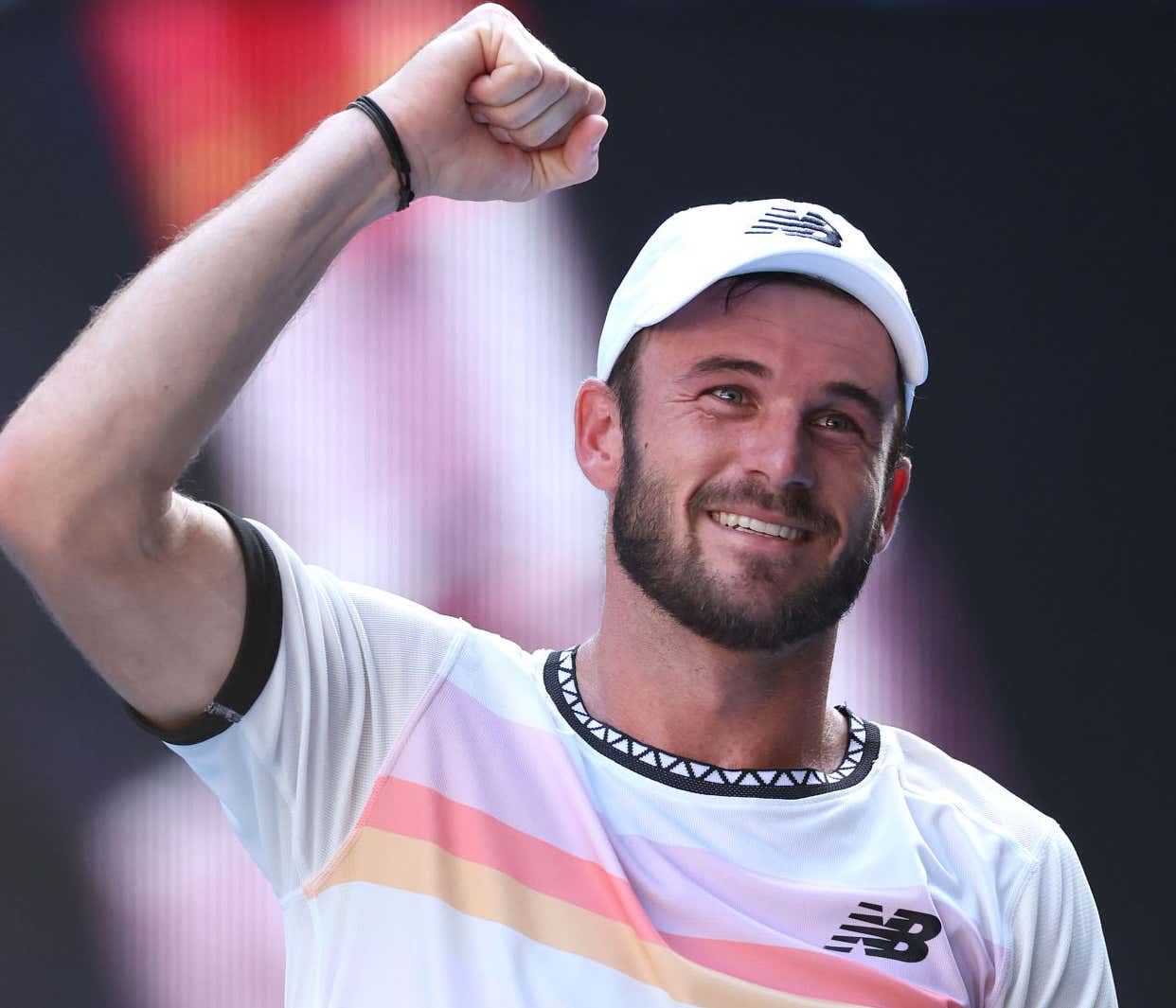 American Tommy Paul has continued his breakthrough at the 2023 Aussie and is into the semifinals of a grand slam for the first time in his career. The last time an American man reached this far at the Australian Open? Andy Roddick in 2009. Big things are happening.

The quarterfinals victory came against 20 year old star in the making Ben Shelton, also an American. While it wasn't exactly the thriller I was hoping for, the quality of play was still super high for extended periods. The first set was razor tight thin with one Shelton mistake in the tiebreak handing the opening frame to Paul.

Tommy came into this with a game plan and that was to make Ben Shelton run. He used the entire court from start to finish and avoided Shelton's crazy power as best he could. Paul played really smart tennis throughout and was the more consistent of the two. Tommy's got a ton of skill and variety which can totally mess with an opponent and get them out of their comfort zone.

Despite never reaching this far in a slam, Paul had the experience on his side considering Shelton hadn't ever left the country before this tournament (not sure how many times I heard that fact in the last week and a half). This was all gravy for Ben. He's proven himself plenty at just 20 years old that he's going to be a real problem on the tour for years to come. It kinda looked like a straight sets W for Paul with Ben struggling a little bit physically in the 3rd and looking down. The kid is a fighter though and got himself back into the match as Tommy's level dropped a bit. Pretty impressive.

Heroic effort by Shelton to help hit the over of 39.5 total games for those who rode. Much appreciated.

Tommy roared out of the gates in the 4th set and cruised from there for the victory. He was simply too much for Shelton, but I have a feeling they're gonna have plenty of matches to revisit this meeting for years to come.

Nice moment after the match as it turns out Tommy's mom made the last minute trip to see this match. Imagine she made the trek across the globe like that for a loss? Never was going to happen. Gamblers need to know this kind of information.

His girlfriend Paige right there next to his mom. I'd say motivation was easy for this one.

It's been a tournament of huge success for the American men with wins and upsets all over the place. We've now got ten men in the top 50. With the win last night Paul has vaulted into the top 20, by far a career high for the 25 year old. What's next for Tommy in the semis? This man.

Djokovic is going off right now at -2000 for his upcoming match against Tommy Paul. Listen, it's been a great run and whatever happens you can't take anything away from the American. It's just the way Novak has looked in these last two matches against Alex De Minaur and Andrey Rublev, it's…it's frightening. He's been unplayable. I thought if he kept up his form from the Dimitrov match he'd be in trouble. Since that point he's totally flipped a switch. I don't see how he's denied the title. Let's just hope Tommy makes it a fun match and not a drubbing like these last two matches. I said earlier in the tournament when Rafa got knocked out that this was shaping up to be the easiest slam Djokovic has ever won and it's looking that way. Maybe, just maybe Tsitsipas can give him hell, but I don't know if he can pull out the win.