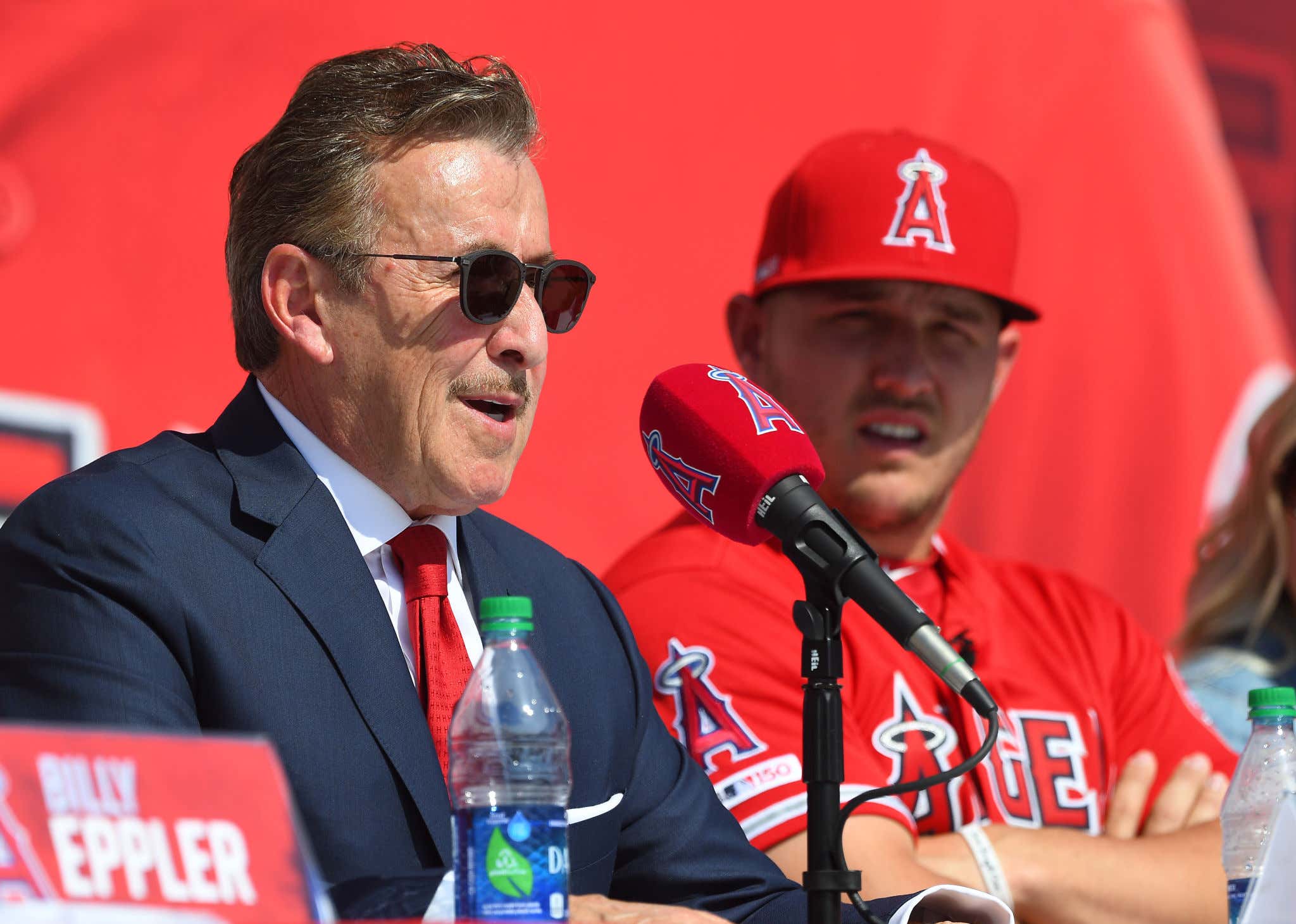 That look from Mike Trout above is the same one every Angels fan woke up with today realizing yesterday wasn't a nightmare dream. Nope, it's real. One of the worst owners in the sport of baseball Arte Moreno isn't selling the team and in some Logan Roy-esque fashion announced he's committed to staying on for the future as Klemmer blogged here. If you know an Angel fan give them a call and check in, I'd be concerned.

So why didn't he sell after all this bullshit? The educated guess was that there weren't any real suitors for some reason. Maybe no one wanted to get their hands dirty with the impending Ohtani trade on the horizon. Turns out that couldn't have been further from the truth.

Moreno bought this team two decades ago for $180 million. He had a chance to walk away with an insane profit and turned it down last second despite a series of moves over the last year that would lead you to believe he was 100% selling.

He pledged Monday to remain the owner for 2023 and beyond, despite the fact his children do not appear interested in inheriting the operations of the franchise. (The Athletic)

My theory, Moreno at 76 years old realized he doesn't care about an extra three billion dollars. When you're that old you clearly can see the light at the end of the tunnel and if you're an aging billionaire what's motive to sell your prized toy?

So now if you're an Angels fan you're sadly stuck living in further purgatory for the foreseeable future. It's a genuinely cruel hand to be dealt. You were this close to a new exciting beginning. Months away from getting an owner who actually cared about success and building a winning culture. And don't tell me Arte Moreno shares those sentiments. That asshole barely knows he has a minor league system to develop from. I'm actually not even kidding, I heard when he first bought the team he was unaware the minors came with the purchase. Moreno only cares about investing in a few marketable players to keep the team semi-relevant and that's it. There's a reason they haven't been above .500 since 2015 and have only made the postseason once since the beginning of 2010. Having Trout and Ohtani on the same team means dick when a clueless, moronic, asshole is calling the shots and putting his old, gross hands on every decision made.

So what the fuck happens to Shohei Ohtani now? What about Mike Trout? Does Anthony Rendon even play baseball anymore? What a disaster. I think the odds of Shohei staying were pretty slim regardless, but how could he sign up for this the rest of his career? He said he cares about winning and you know that's not happening with Moreno at the helm.

“I really like the team. I love the fans. I love the atmosphere of the team. But, more than that, I want to win. That’s the biggest thing for me. I’ll leave it at that.”

That sound like a guy jumping for joy that Moreno is staying? What about Trout? At some point he's gotta wanna leave and compete with what's left of his career. The smart move would be to eat some of that contract and get back some good young prospects. Moreno would likely rather die than entertain that move. All of it is bad. Their only chance was getting an owner who was less-hands on and would allow smart baseball minds to restructure the whole damn thing. Instead the bastard just could not walk away.