Hold on to your scorebooks, the future of baseball stadiums was just unveiled in Cleveland. The Guardians are renovating Progressive Field and adding bars, living rooms, bars, grab & go concessions, and more bars.

Major League Baseball has an attendance issue. Younger people are not watching baseball as much let alone coming out to games to watch it in person. The pace of the game, the traditions, the marketing have all veered away from the younger fan's interest. Since 2007 the average attendance per game has gone from 32,700 to 26,600.

To combat this trend many ballparks, including Cleveland, started adding a bar area to create more of a social experience in the stadium. I know in Cleveland it was a raging success as many weekday nights the crowd would be 1/10 full but the bar was butts to nuts. Sure, half the people are not paying attention and the other half are only paying enough attention to try and get a good play recorded for their IG story, but people were showing up nonetheless.

The Guardians saw this and said not only are we going to double down, we are going to triple and quadrupole down on this concept. Don't care about baseball? Well then can we interest you in getting drunk and trying to hook up with a cute chick in a baseball hat? And I guarantee this will be the trend for stadiums around the country over the next five years. 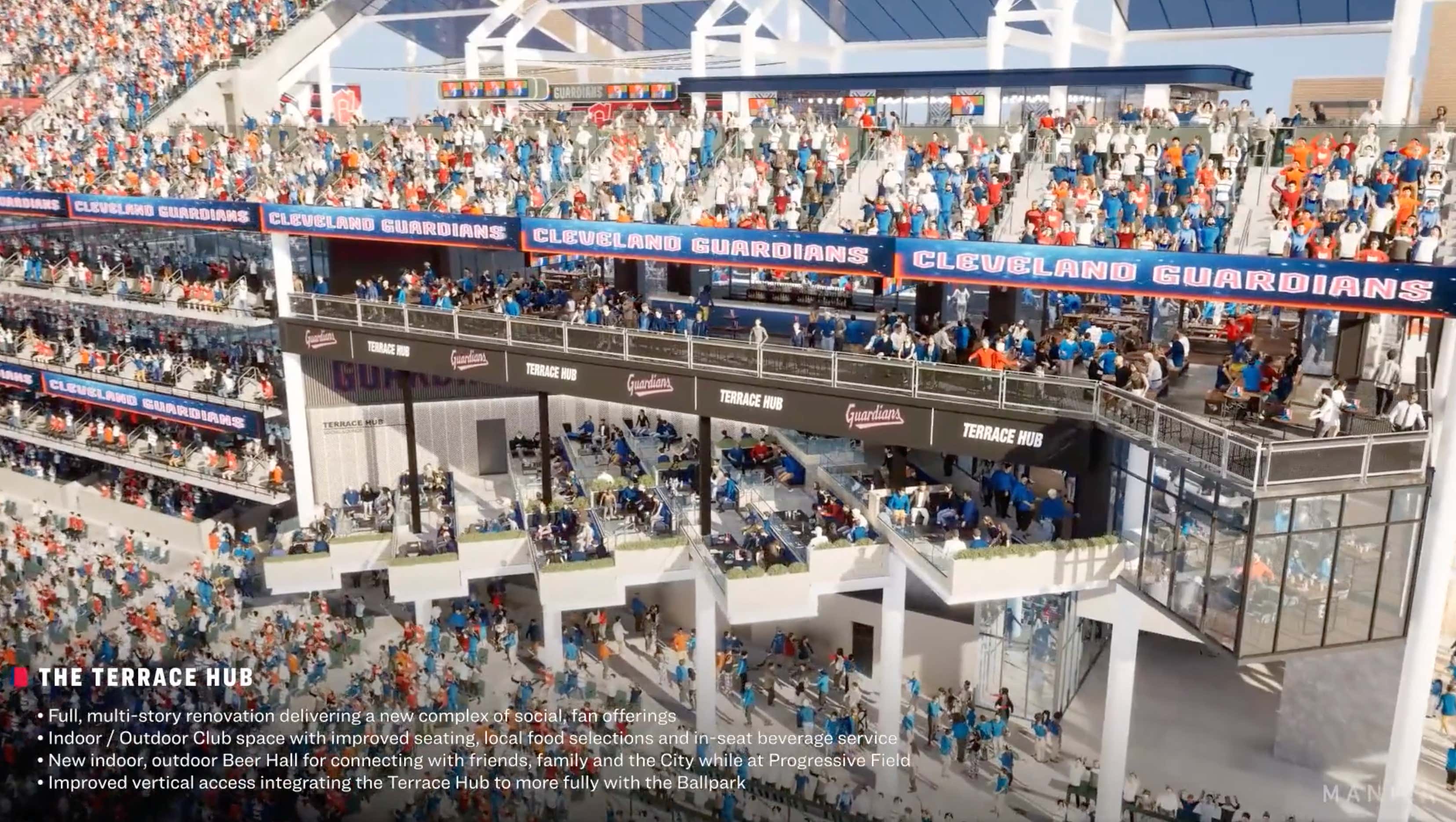 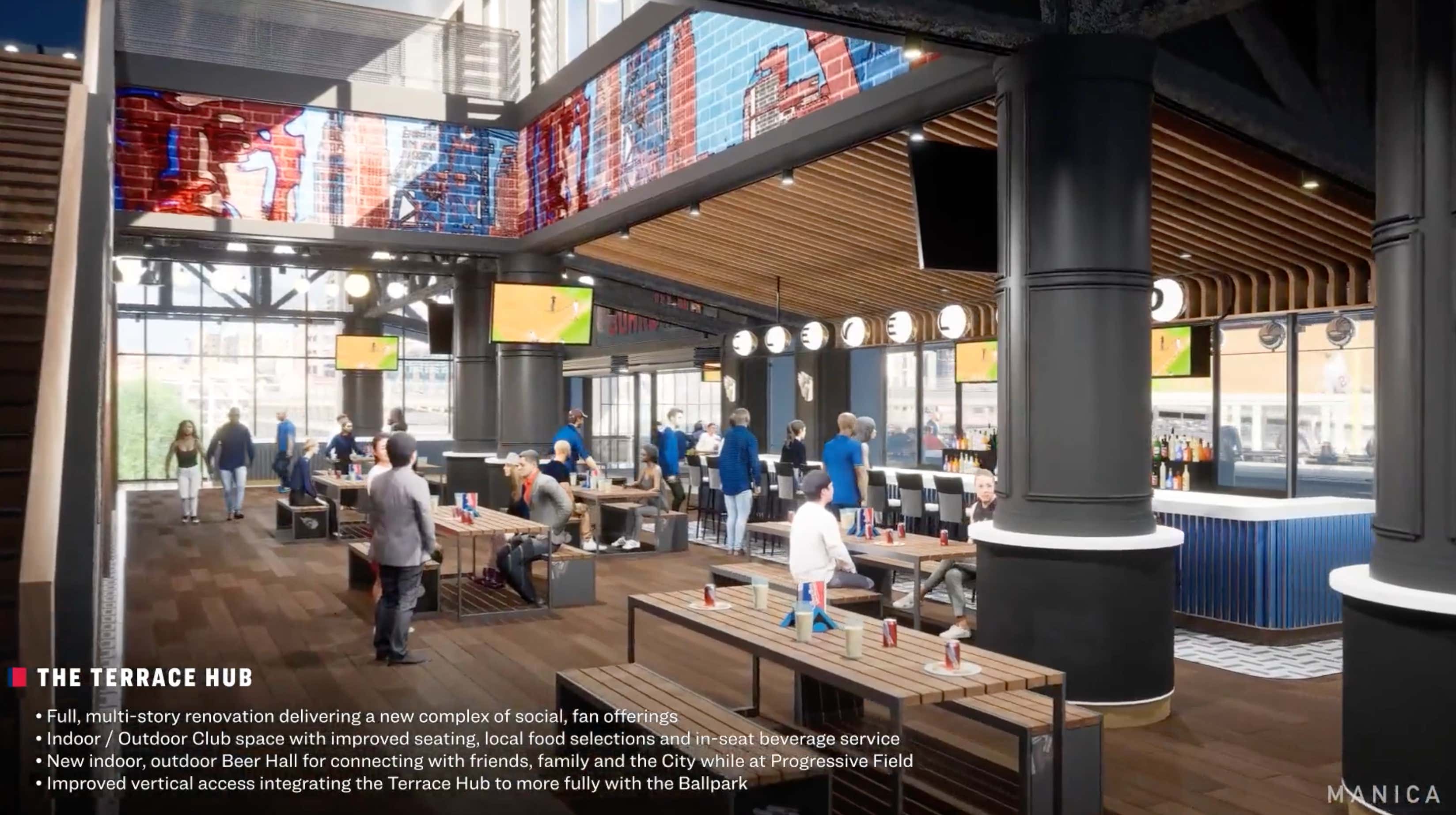 The renovations start by turning a Terrance Club into the Terrance Hub. The Terrace club was a stuffy, high class looking restaurant that felt like a place guys in the 80s would do coke and drink martinis at lunch in their suits before heading back to their Wall Street jobs where they call their secretary sugar tits. Obviously, times have changed so it didn't get much use other than weddings and corporate events.

Now, the Terrance hub will be an indoor bar area with staggered view box seating. Pretty cool concept. Still attractive for the well-to-dos out there but also inviting enough for the average Joe who wants to stay out of the elements while they…get drunk. 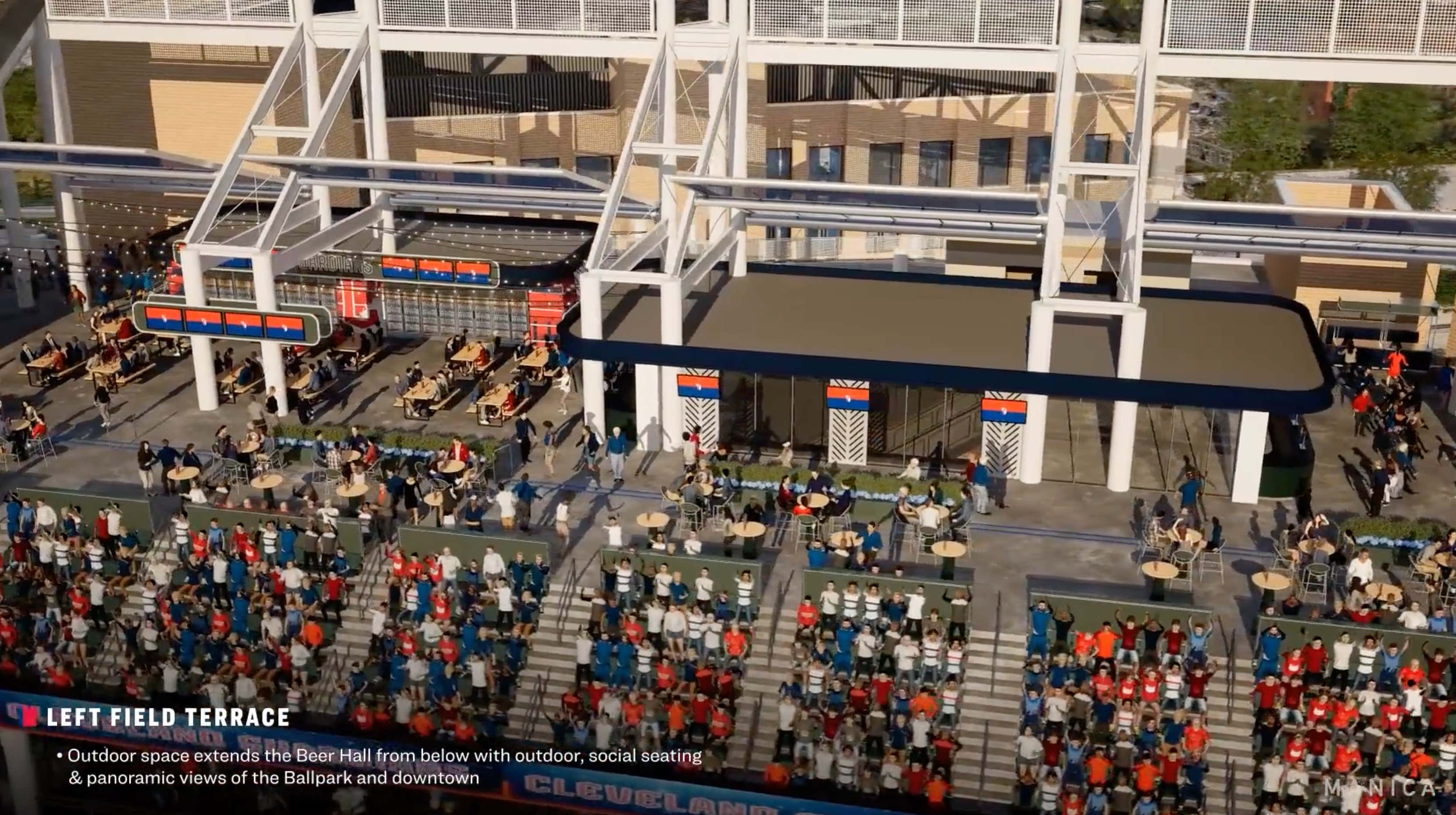 Then there is the left field terrance which perviously was just completely empty seats. Besides the playoffs, I don't think I saw a single person sitting up there last season. And why would you? If you buy tickets up there you just move down closer or go stand at the bar in right field.

By now you are probably starting to get common theme of the renovations.

It's not all bars though. They are also adding in Grab & Go concessions which will help reduce time waiting in line for food and drinks as well as VIEW BOX BARS?! Fuck. That's so many bars. 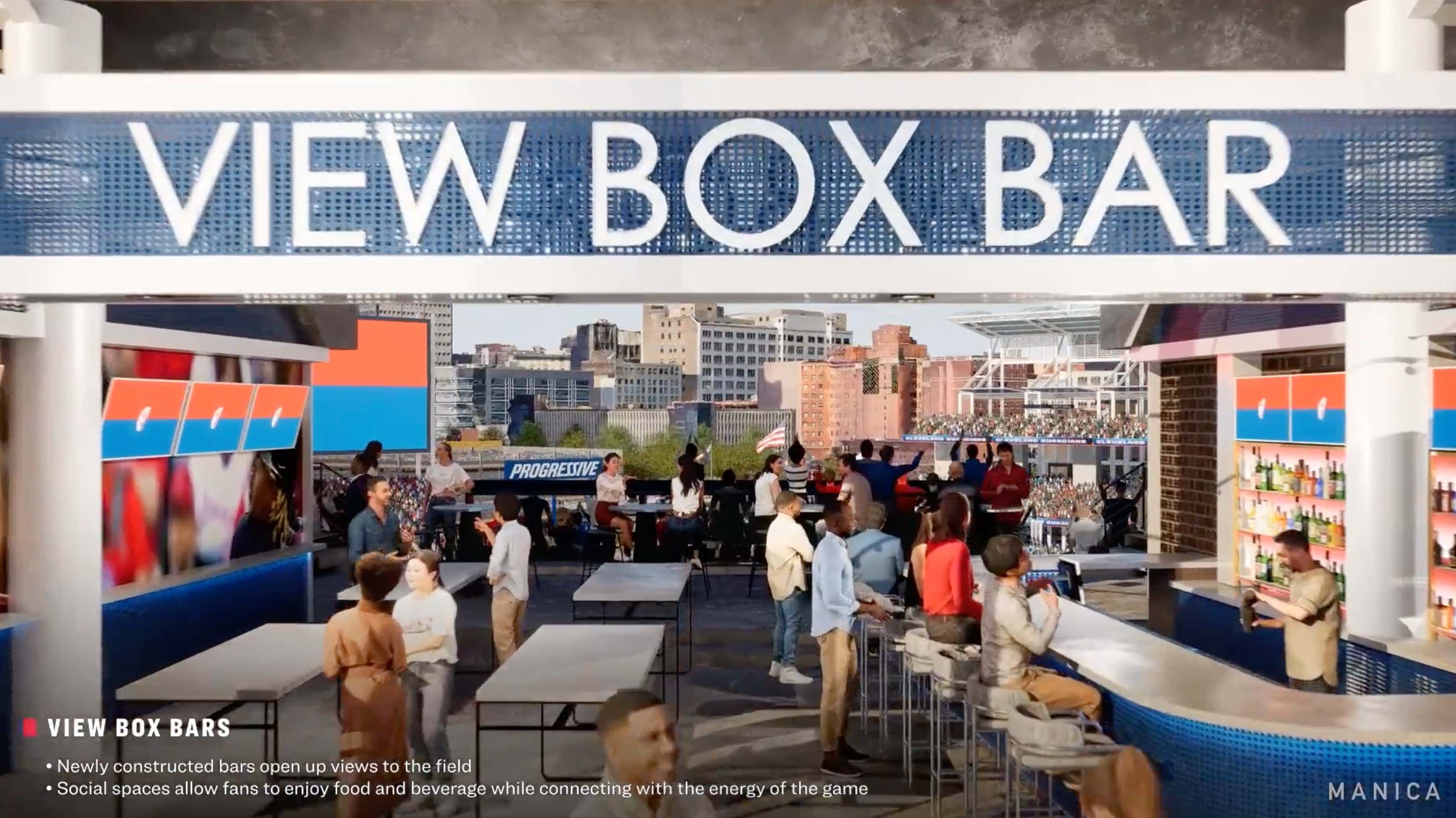 They are also adding a right field terrace with guess what…more bars! I don't know if you know this but Cleveland LOVES to drink. That and getting fat is kind of our thing.

At least these bars are replacing what was possibly the worst design decision in MLB stadium history. I would argue the shipping containers in right field were dumber than Houston's hill in dead center that had a damn flag pole in play.

This next renovation will really piss off the traditionalists. If they hate bat flips and pitchers yelling after striking out the side then their heads are going to explode when they see the Guardians are putting in living rooms and kitchens so people can sit inside and watch the game just like if they were at home.

By the way, how rich do you have to be to buy tickets to the Dugout Club and sit inside and watch the game? You could have done that at home but instead you felt like lighting some money on fire all so you can say you were at the game. I mean seriously, this looks nicer than half of my friend's apartments. 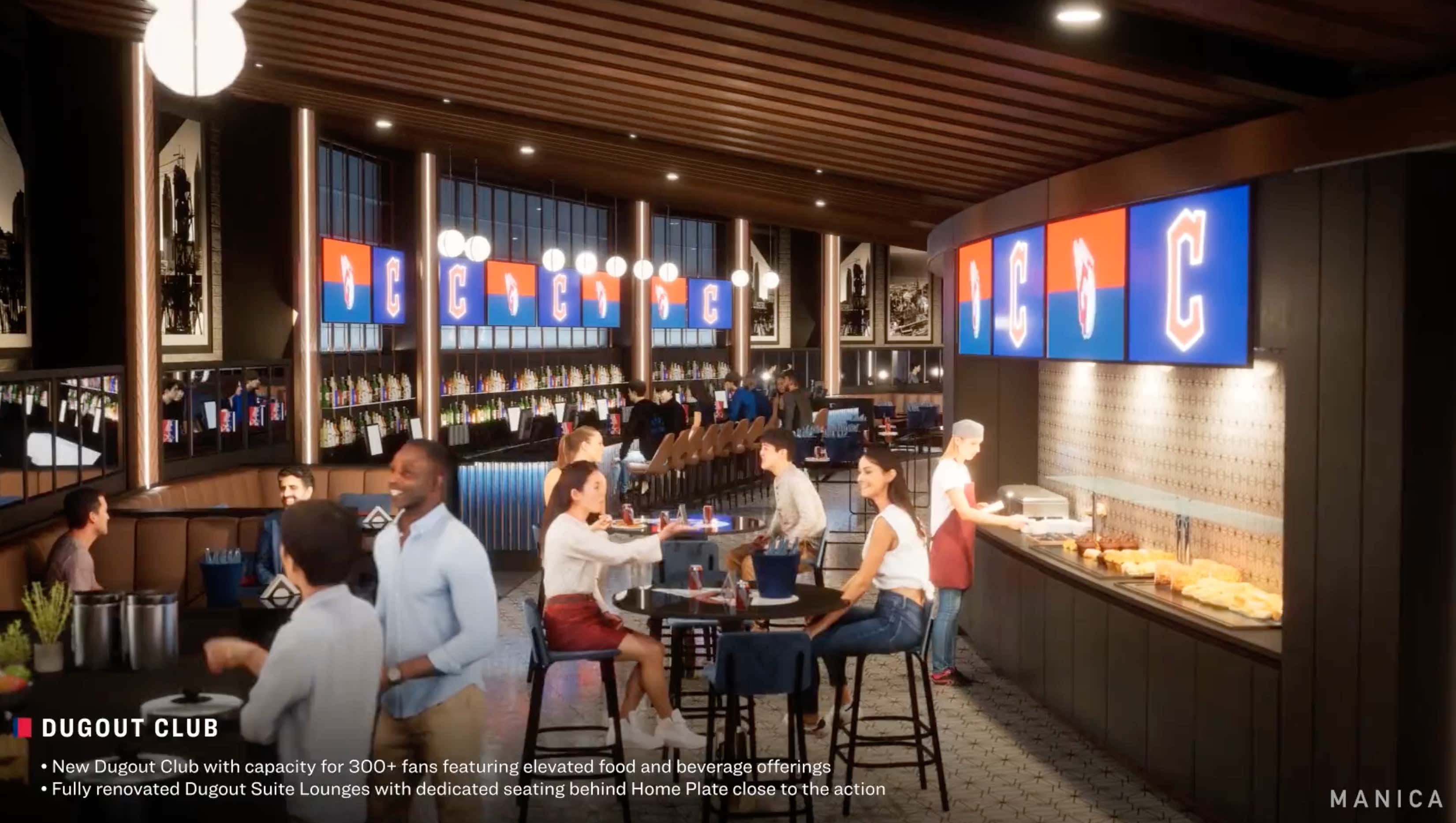 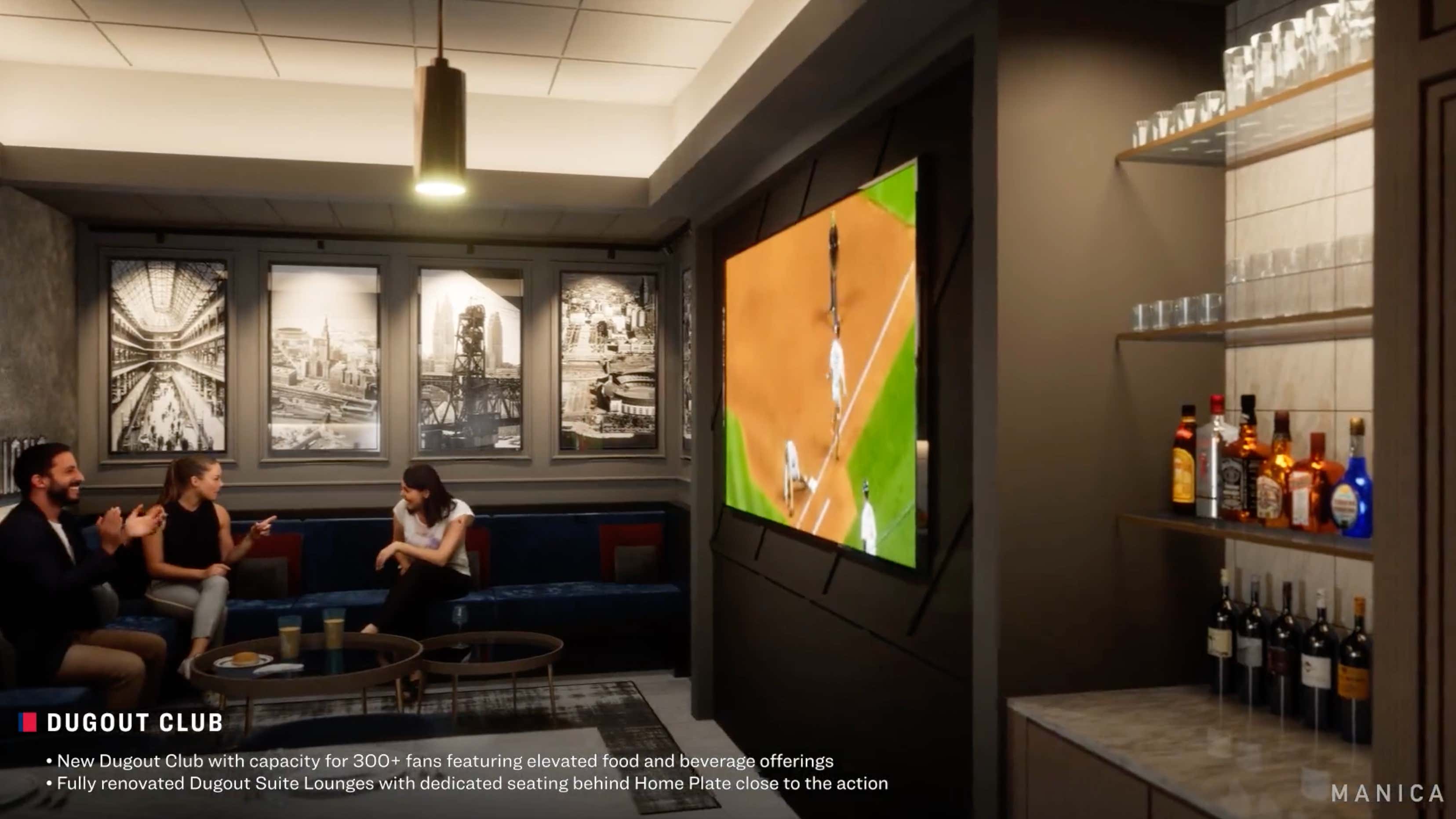 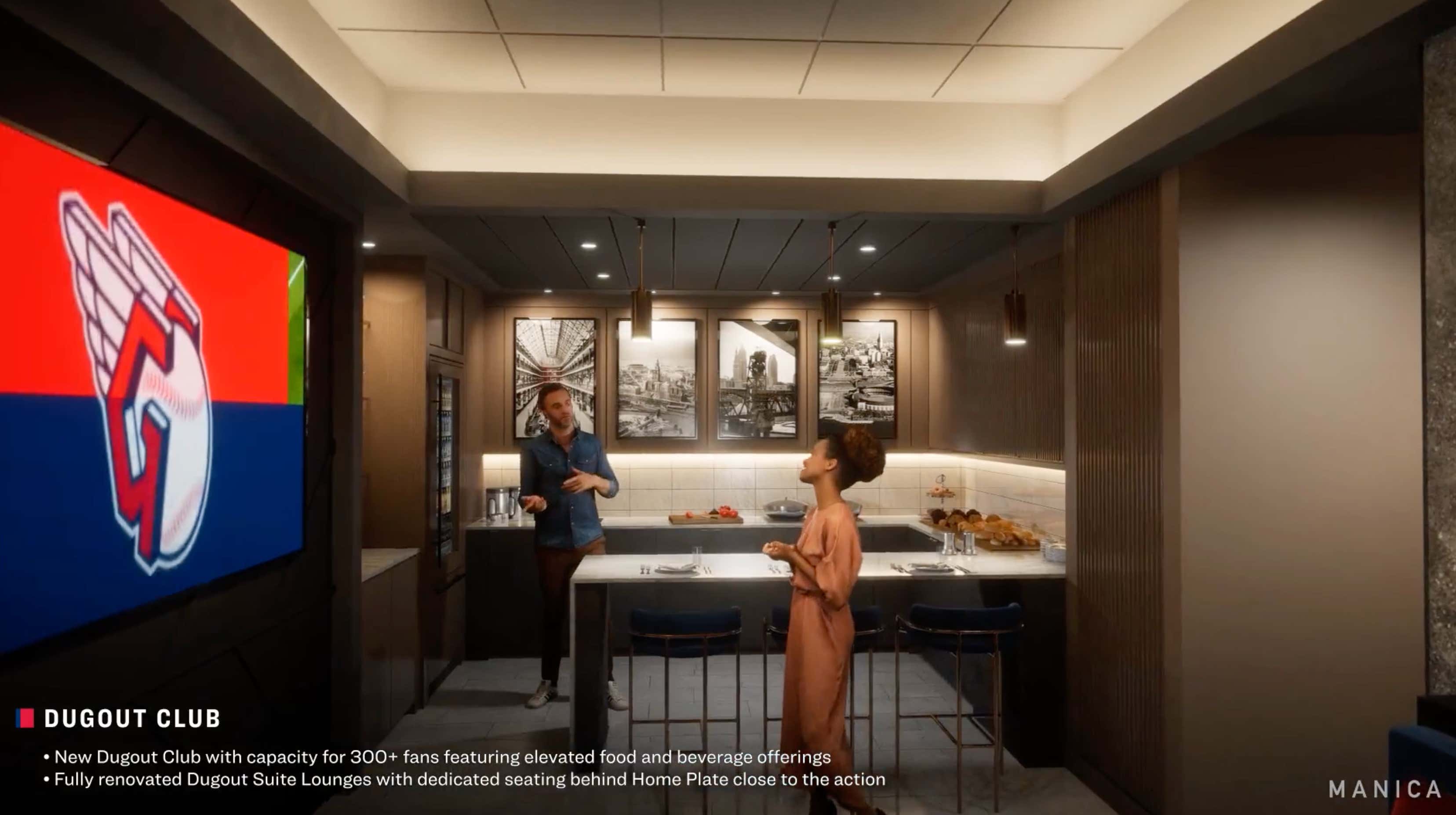 "Honey, hurry up Jose Ramirez is up to bat!"

"One second babe, I just need to check on the casserole I'm making for the seventh inning stretch."

"OK, I'll grab a us a few bourbons from the attached bar so I don't have to walk through the peanut shells and hoards of poor people outside the Dugout Club."

I'm talking a lot of shit here but this is all pretty awesome in my book. Younger people see baseball as a social experience more than a sporting event. And if it takes making the ballpark feel more like "drinks on the patio" instead of a night out watching baseball to get them to show up then it's worth it.

The idea is just to get people in the building and hopefully the product on the field will make them fall in love with the sport. A far cry from how a lot of us were brought up but so is how we listen to music, watch TV, track our sports, etc. Gotta keep up with the times or get left behind.