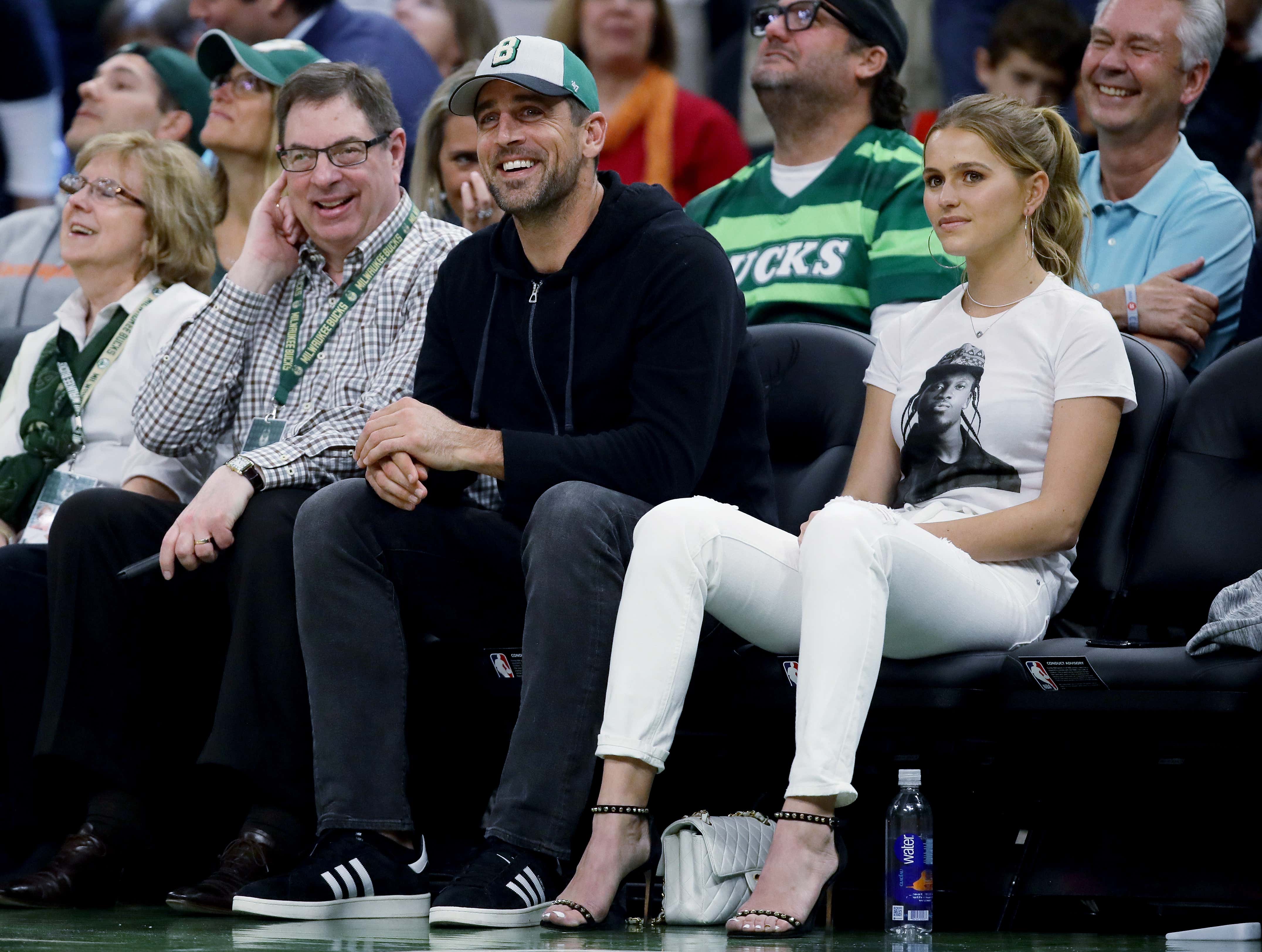 When Aaron Rodgers began dating an alleged witch in the offseason I thought hey maybe that's what he needed to get back over the hump and hoist another Lombardi Trophy. You know, cast some spells, craft up some potions, do your thing. Let's bewitch the whole goddamn league.

Well, Blu clearly wasn't working as the Packers embarked on a nightmare first half of the season that saw them on the brink of being eliminated from postseason contention with over a month to go. The spells weren't working and it was time to reverse course.

It's obvious something has changed recently, and now we appear to now exactly what the spark has been.

(Daily Mail) Aaron Rodgers and the Green Bay Packers are currently in the middle of a four-game win streak that could see them end up making the NFL playoffs… and there may be a fairly simple off-field explanation for their uptick in form.

It has been reported that the superstar quarterback is in a fledgling relationship with an old friend - the 26-year-old daughter of the Milwaukee Bucks and Aston Villa owner Wes Edens.Rodgers, 39, and Mallory Edens go back some time, having previously been pictured at NBA games together as far back as 2019, but it now appears there may be more than just a friendship between the pair.

Sportsgossip.com are reporting that their relationship has now become romantic, just months after the Packers superstar broke things off with his previous flame, Blu Of Earth.

In the words of the great Mike Breen, "BANG!!!!" This is EXACTLY the kind of energy the Packers need as they head into their Week 18 win and in matchup with the Lions. Aaron Rodgers is dating Mallory Edens???!?!? Beloved on this site for years, Rodgers finally took the plunge. Son of a bitch what a turn of events!

It seems like this has been a rumor for a little now with Rodgers showing up courtside next to Edens for his 39th birthday a month ago. He's done that before, but I guess doing it on his birthday raised some eyebrows. Well, all I can do is wish them the best and hope Rodgers is feeling it on Sunday when the Lions come to town.

Get me to SNF