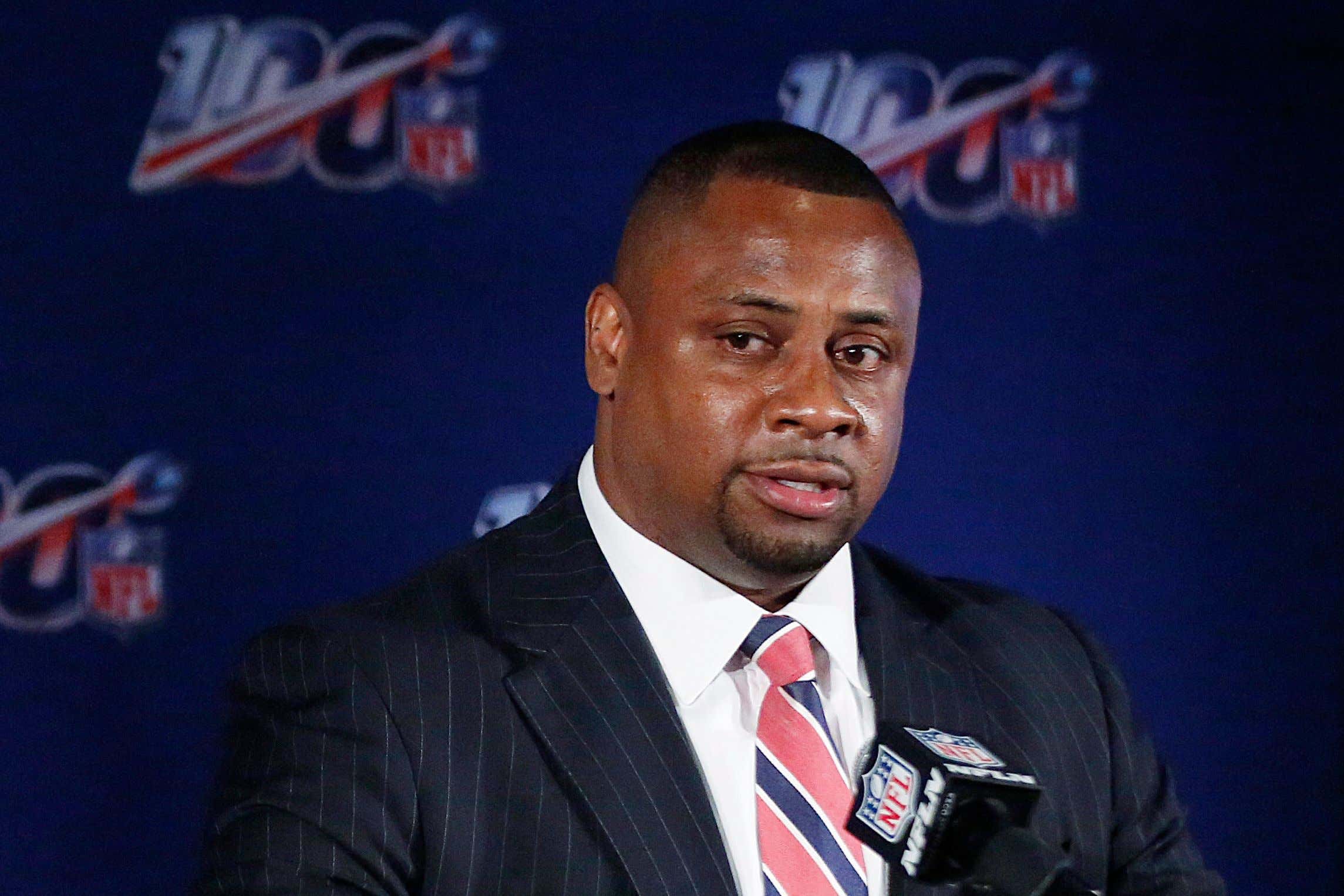 I've never been much for poetry. But there's an Emily Dickinson one I came across in a baseball book, of all places, as a kid that's always stuck with me. It begins, "After great pain, a formal feeling comes." I've recalled it every time I've witnessed a tragedy like. For example, a young man fighting for his life on national TV last night. And the group texts I was getting from friends, co-workers, my wife's girlfriend all reflected the formal feeling on display by the tens of thousands of people who were there at the scene. Waiting. Wondering. Hoping. And for those who do, praying.

But we had the luxury of polite formality. We were only involved on an emotional level. Elsewhere there were people who had decisions to make. Issues to address. Logistics to figure out. Namely, the people in charge of the NFL.

And to be entirely fair to them, there's no template for a thing like this. You can try to have protocols in place for emergencies, but when a 24-year-old heart stops beating in the middle of a game, well that's a contingency that probably was never considered. A case can be made that they should've taken about 30 seconds to make the call to cancel the game. But we can cut them some slack that there's a lot that goes into that decision. And I say this as someone who saw Daryl Stingley get his neck broken by a vicious Jack Tatum cheap shot on live TV. And no sooner was he carted off to begin his new life of strength and charitable work from a wheelchair, the game resumed like nothing happened. A preseason game, at that.

Then again, cutting the NFL slack on this might just be that "formal feeling" talking. Because there are questions that deserve answers. Specifically, what was with these the teams had five minutes to warm up so we could resume play? Which league Vice President Troy Vincent categorically denied in the wee hours of the morning:

Pro Football Talk - The NFL held a conference call for media members after midnight on Tuesday. …

Vincent explained the process that resulted in the decision to postpone the game. He said that the overriding priority was the well-being of Damar Hamlin, the players from both teams, and their staffs.

“Frankly, the competitive aspect never crossed my mind, never crossed our mind internally,” Vincent said, adding that the goal was to get a “pulse” on how the players and coaches were dealing with the situation.

Vincent added that he was in constant communication with Commissioner Roger Goodell, along with NFL Players Association executive director DeMaurice Smith and the two head coaches.

“It was really about Damar and making sure — look, I’ve never seen anything like it since I’ve been playing, so immediately my player hat went on,” said Vincent, a former NFL defensive back. “How do you resume playing when such a traumatic event occurs in front of you in real time? And that’s the way we were thinking about it, the Commissioner and I.”

Vincent's version of events flies directly in the face of what we all witnessed on TV:

Begging the question, if there was nothing to this as Vincent suggests, how come as soon as their broadcast partners reported it, no one from the league corrected them? They said the same thing repeatedly, and over a long span of time. While the cameras showed Joe Burrow tossing balls on the Bengals sidelines. Very much like a man who had just been told he had five minutes to get ready to retake the field.

The only logical conclusion a rational mind can draw is that the league is lying about this. And if you've been paying even the most casual amount of attention to them all these years, it shouldn't be a stretch. While the rest of us were agonizing over the fate of a player we've never met, the people in suits who get paid millions to make tough decisions were coming up with ways to spin a story in such a way as to minimize how much criticism they might get. Again.

All you can reasonably as for at a time like this is the truth. Level with us. For once, do that thing the Commissioner loves to talk about, but in reality avoids it like it's an unexploded IED. Be transparent. But that's too much to ask. These statements from Vincent were about protecting the powers that be from being criticized, at a time when that should've been the last thing on their minds. And in doing so, they piss on whatever goodwill the public might have had for their decision making on a difficult night.

It's hard enough loving this game when you see an ambulance taking someone off the field. It's times like these that the people in charge make it practically impossible.