The Sun - TikTok user @worldcuptimetraveller has been sharing television footage of full-time scenes of matches which they claim to have taken in the future.

Back in 2021 the mysterious poster, formerly known as @nsh.official, appeared to correctly predict the final score in the delayed Euro 2020 tournament.

Sharing footage which they claimed was taken three weeks in the future at the World Cup final, they claimed that Brazil will beat France 2-1.

Well there you have it.

Brazil over France 2-1 in the championship. A prediction so chalked up you might think you heard it on Barstool Sports Advisors, but no, this is coming from a man living in the future, who traveled back in time to share with us, (on tik tok), the result.

One thing I will never understand about these gifted time travelers is why announce this for the world to see on TikTok? Why not just take your knowledge, and use it to your advantage by laying huge futures bets on Brazil before the tournament began? You know, become a real life Biff Tannen (not to be confused with OG BSS commenter @bifftannen).

Maybe they can’t take the money with them? Maybe the butterfly effect the massive wins would have would negatively alter the course of their future? Or maybe they just have hearts of gold and are looking to help us all out.

I say this plural because we aren’t just dealing with one singular time traveler correctly predicting the future outcome of this tournaments games. No. There’s a few.

This one is saying we lose to Iran today 3-1.

TikTok user @guardian_angel_5 has spent the last week sharing predictions for the tournament, but went one step further in their latest post. 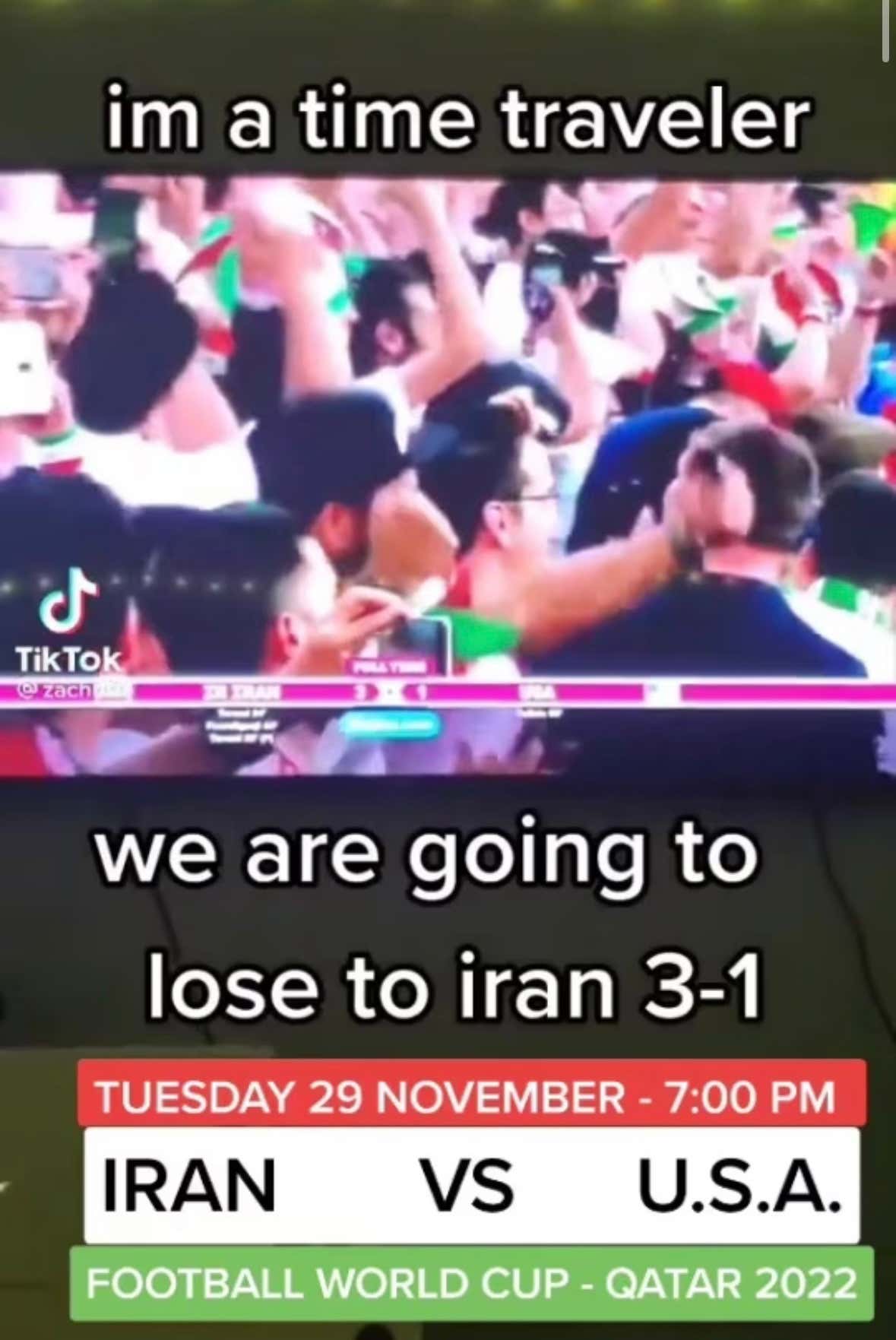 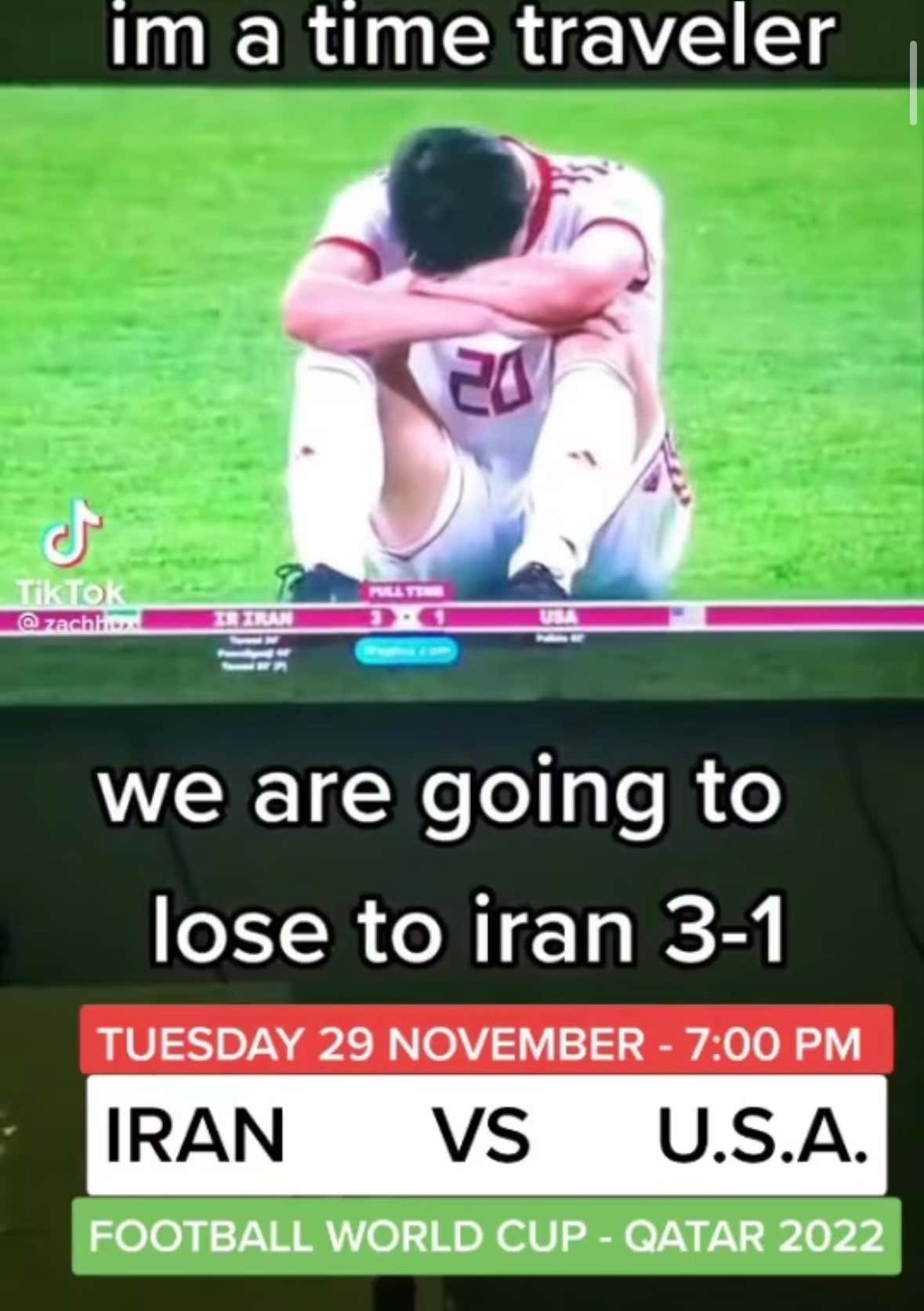 Sure the images shown are from Irans last World Cup in 2018 sporting the same uniforms they wore then and aren’t wearing this year. And sure the images of Pulisic shaking hands is from after the England match, but what do you want from the guy? He gave the score, he even gave the minutes and scorer of each goal- Mehdi Taremi and Morteza Pouraliganji for Iran and Pulisic for USA.

Laugh all you want, but clearly this guy knows something the rest of us up here don’t.

The least we can do is thank him for his generosity, and hope that he keeps it coming and letting us know what else is coming down the pike for us. I’m guessing dinosaurs return, zombie apocalypse brought on by A.I. and robots overthrowing us, few more pandemics, aliens attempting to intervene in our self propelled downward spiral before giving up and saying “fuck this place”, and a few meteor strikes. Hopefully.

In all seriousness though, USA is playing for a lot more today than just the ability to advance to the next round. Don’t let us down guys!