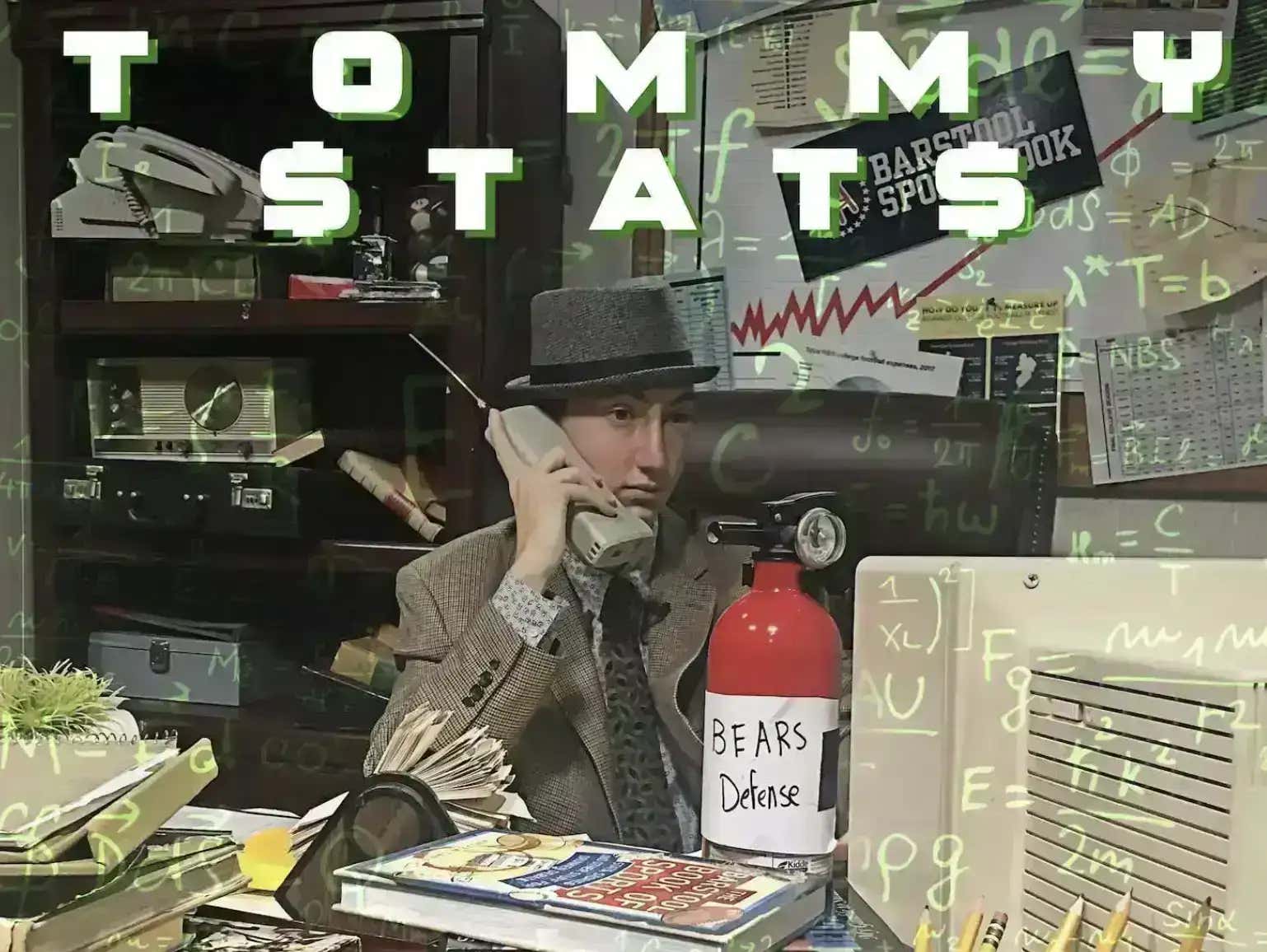 Every week duing the NFL season, I'll be blogging the stats I used on Barstool Sports Advisors that week, plus some other ones I found from my research for each game we covered. Whenever I pour through the data each week, I try to separate the meaningful trends from the nonsensical ones. For example, a team with a really good ATS record against a specific division (not their own)? Probably doesn't matter that much. Teams are always changing, and there's nothing that suggests all the same teams in a division play a certain way or anything. But a coach being really good off a bye week? That says something. A team covering a lot as a road dog? Probably means they're being consistently undervalued. League wide trends that hold steady across hundreds of matchups spanning years and years? Those are gold. So you have to look at every stat individually and decide if it matters.

Below is my entire cheat sheet I use for Advisors each week. Lines courtesy of the Barstool Sportsbook at the time of Advisors taping (we taped on Monday this week so they could be a bit off but that's what we go by for records purposes). I'll also be keeping track of my record each week.

The Lions have just become really good at covering football games. Detroit has covered 13 of their last 19 games overall. And they're usually a pretty good bet on Thanksgiving, covering 7 of the last 10 years. And league wide, home underdogs of more than 8 points have covered 9 straight games, and are 26-12 ATS since the start of 2020. It just feels un-American to bet against the Lions on Thanksgiving

It has become a tradition to stuff your face all day and then watch the Cowboys not cover a football game. Dallas is just 1-10 ATS on their last 11 Thanksgiving games. And this is a good spot for Daniel Jones, who is 13-5 ATS as a road dog in his career. The Giants are incredibly banged up but this is still a lot of points for a divisional game being played on a short week.

Bill Belichick is the king of the short week. Since 2016 when playing with less than 7 days between games, the Patriots are an absurd 13-1-1 ATS since 2016. Nobody does more with less prep time than Belichick. And it's always fun to fade Kirk Cousins in primetime, where he's just 11-17 ATS in his career.

This total feels a bit low. The over is 8-1 in the Eagles last 9 home games. In Jalen Hurts career at the Link, the games average a total of 51 points. The Packers have had their games go over in two straight weeks and will be playing on fully rested legs with 10 days between games. Something like 27-20 feels very attainable here.

If you missed this week's Thanksgiving Advisors, make sure to catch up here to get all your winners before kickoff.