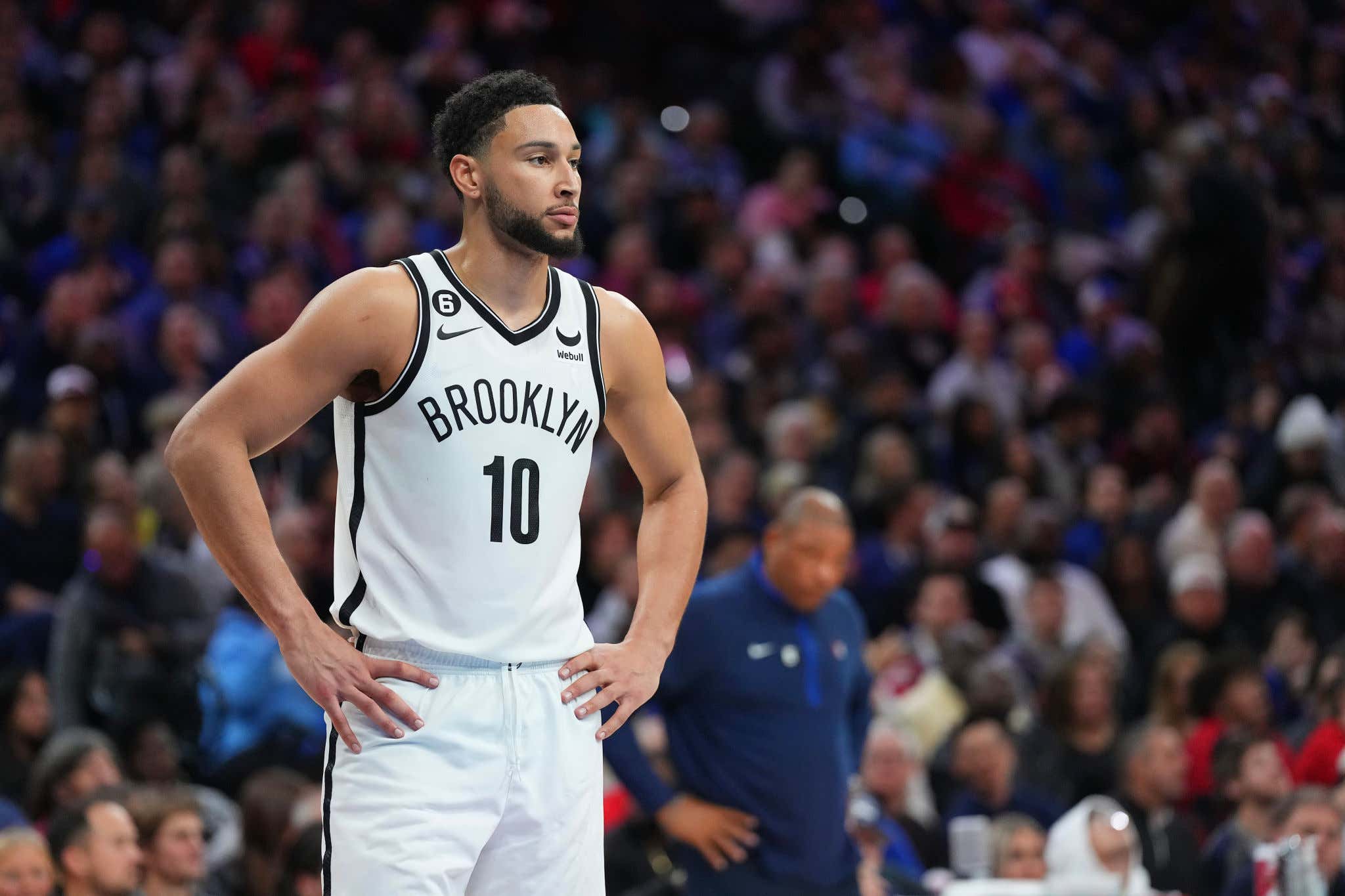 Much was made about Ben Simmons making his return to Philadelphia last night for the first time in a regular season lineup. So much so that the league reportedly thought it was necessary for the Sixers to provide increased police presence at the Wells Fargo Center during the game.

Obviously Philly fans have a strong hate towards Ben Simmons. How could you not? This city supported and coddled him for years. We basically threw a parade when he finally made his first career 3-pointer, and had fans cheering their dicks off when he'd make a simple free throw. All we wanted was to see this man succeed, and we knew the only way he could succeed is if he put in the work to fix a few flaws in his game offensively. That was apparently way too much of an ask for Ben, so he just shut down and forced his way out of town. It's not even really a hate at this point, it's just that there's literally no way you can have an ounce of respect for a guy like that.

So he makes his return to Philly last night and the national media immediately starts to salivate for blood. They get that tingling sensation in the back of their jaw and their mouth starts to water. They want Philly fans to go absolutely nuts. They're hoping for an entire night filled with as much hate and vitriol as humanly possible. The national media thinks this will be snowballs at Santa Claus on steroids, and they'll finally have something new to talk about for the next 50 years whenever they want to unjustly shit on Philly. And then when the game finally got going…

There were certainly some boos. But far from the loudest it has ever been in the Farg. Far from anything that could be seen an endangering a player's safety. Much to the dismay, seemingly, of Stan Van Gundy. Who clearly wanted to see chaos and carnage last night in Philadelphia.

Seems like some really weird behavior for a guy on a national broadcast to be shitting on a fanbase because they aren't targeting an individual player on an opposing team aggressively enough. Like what would have made Stan Van Gundy happy last night? Did he want batteries to be thrown? Did he want physical violence? Again, just really bizarre stuff for a broadcaster to be upset about a player not getting attacked as ferociously as he was hoping for.

We'll never know if the boo's weren't outrageously loud just because there wasn't a ton of juice heading into last night's game with Embiid, Harden and Maxey all being out or not. My guess is had the Sixers lineup been fully healthy, the Wells Fargo Center would have been a war zone last night. But without those guys in the lineup, it was tough for Philly fans to really get up for the game. But maybe, and just maybe, it's like what I said earlier. Maybe Philly fans just have a total lack of respect for Ben Simmons at this point instead of a hatred. We're disgusted by his lack of drive, his lack of competitiveness, and his ability to just disappear when the game is on the line. He fails to ever take accountability and constantly thinks everybody else around him is the issue. The boo's last night were more or less just a formality. Not out of hatred, but just out of "you're a dickhead and we need you to realize that".

By the way--the loudest the crowd got last night was actually cheering for Ben Simmons.