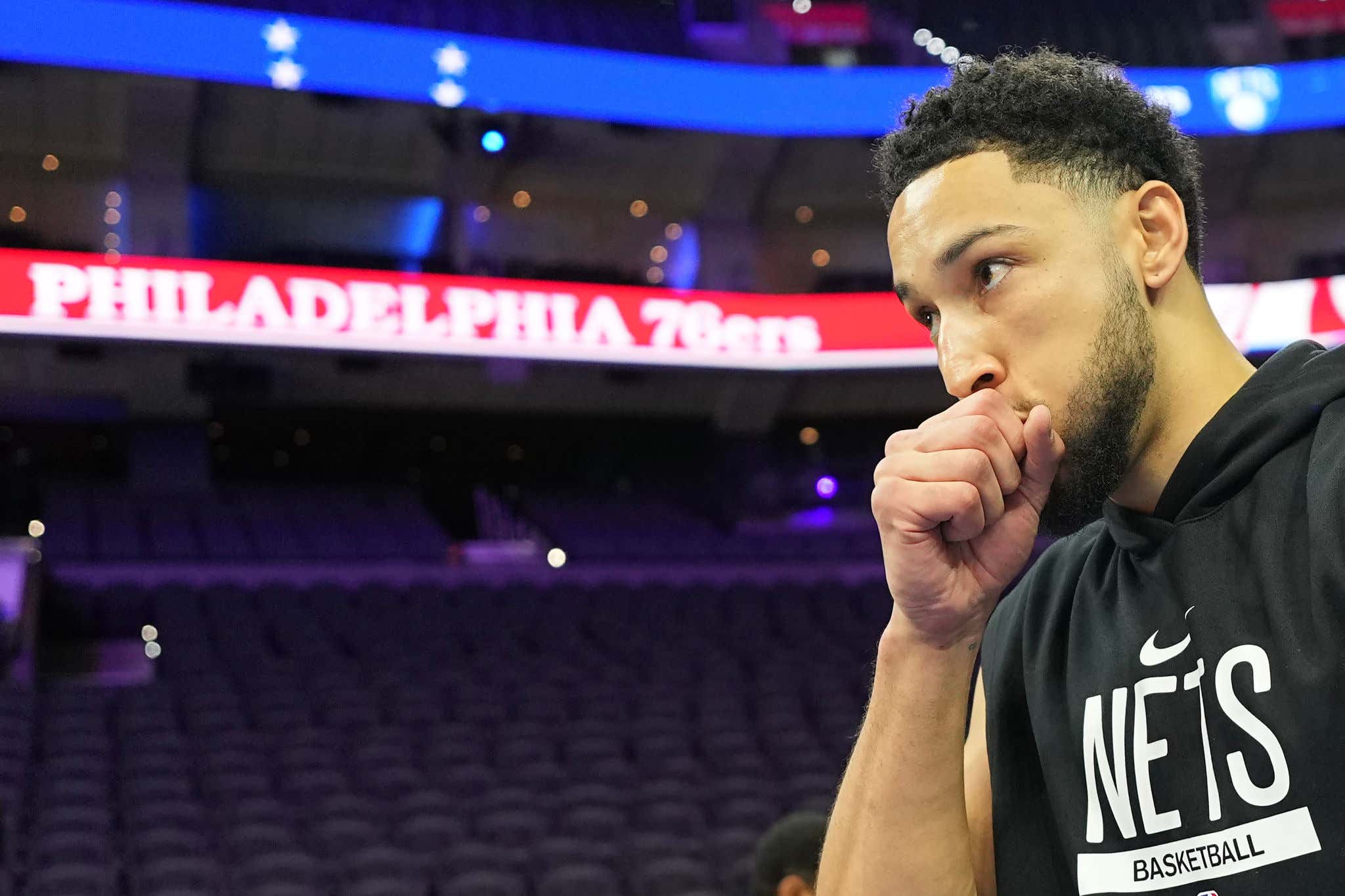 A late great philosopher once said, "sticks and stones may break my bones, but words will never hurt me". That dumbass couldn't possibly be more wrong if he tried because words literally almost killed Ben Simmons. Dude had to sit out an entire year of playing basketball all because his head coach said he doesn't know if the team could win a championship with Ben as the point guard.

And since words are so dangerous to Ben Simmons, the NBA had to make sure that there was increased presence from Philly PD on hand for his return to town tonight.

Now if I were Ben Simmons, I'd probably be extra careful walking around tonight. Not because I'd be fearful of angry and violent Sixers fans. But because there's gotta be a warrant out for his arrest for stealing over $100,000,000 from the Sixers organization. He's a wanted man in this city.

But yeah. Turns out that Ben need a space so safe that it's protected by a bunch of armed guards. Even without Embiid, Harden or Maxey in the lineup. This was going to be the easiest this environment could ever be for him to play in while essentially facing Philly's G-league lineup, but we still need to have every cop in the city on the scene. The crime report in Philly is going to be through the roof tonight with the whole force making sure that nobody says anything a little too mean to Ben tonight.

Sidenote: This son of a bitch.

Nothing counts until he actually plays against Embiid for the first time.