As I was perusing TikTok last night and just getting over the USMNT's draw against Wales in our first World Cup match in eight years, I saw this mini-investigation into the throw-in that led to Walker Zimmerman conceding a penalty to Gareth Bale and giving Wales its only goal. And it made me morbidly curious, so I decided to dig a little deeper.

You will be shocked to learn it appears we got fucked.

Now, this is to say nothing of Zimmerman's idiotic penalty or Wales getting the ball into the box off the throw-in to be in that position in the first place. They did a great job getting the ball in quickly to give themselves a chance for that to happen. But did they get the ball in too quickly?

If you go frame by frame, it sure seems like the ball changes direction off Brennan Johnson's foot before it has completely gone out of play. 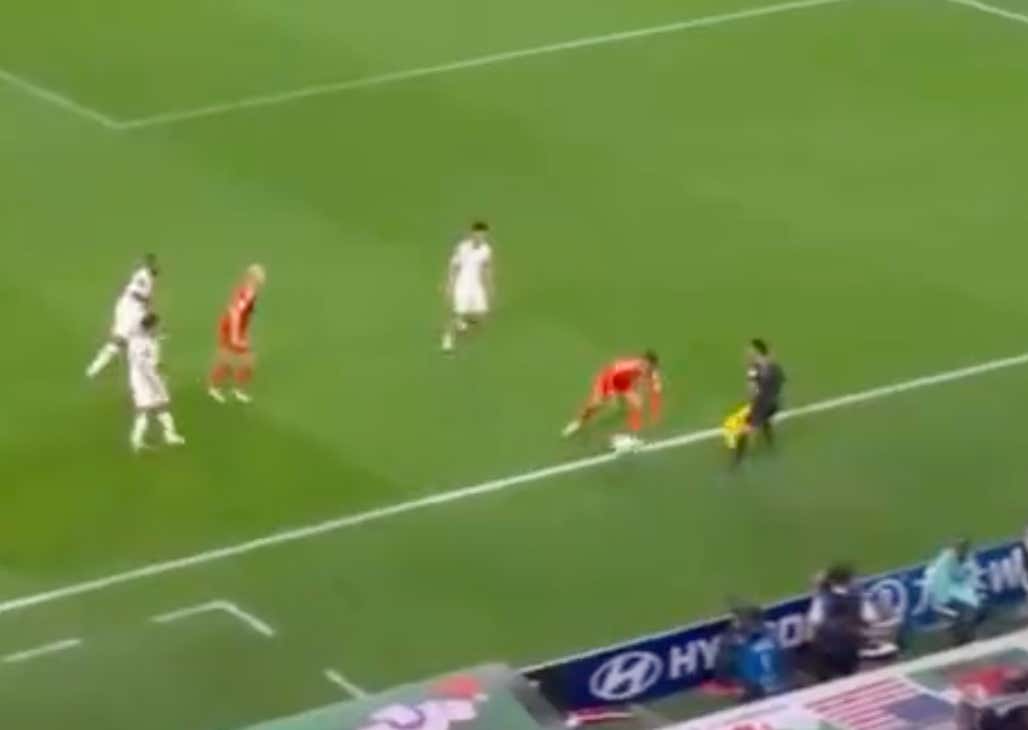 If Johnson didn't touch the ball while it was still in play, he has the greatest reflexes in the history of mankind.

And again, Zimmerman's challenge was moronic and Wales played far better than the U.S. in the second half, but the rules are the rules. Not that I'd expect Abdulrahman Al Jassim and his officiating crew to enforce them fairly after we saw how they were calling that game, but ideally the linesman standing RIGHT THERE takes a look at the ball rather than just assuming it's already gone out.

I would say I want an investigation into this, but I imagine that's going to be difficult with the Qatari officials that were assigned this game in the Qatar World Cup. Just something to think about!