As we all know by now, Qatar pulled the bait & switch of the century this past week when, at the very last moment, they told FIFA and Budweiser that beer sales would completely banned from the stadiums, and any displays they had would have to be hidden away in the corners. Needless to say, a lot of fans were pissed off. 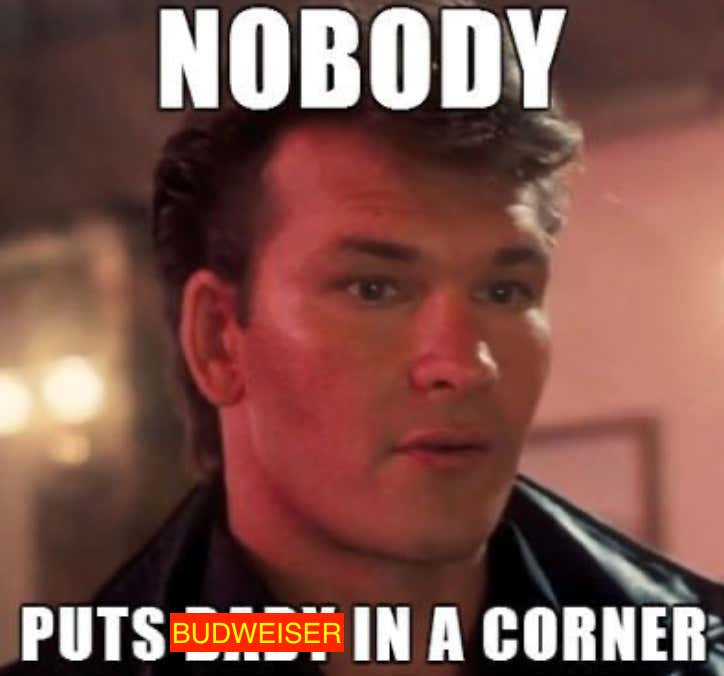 This was allegedly the result of a last minute intervention by Qatar's ruling family (who - I feel comfortable speculating - knew they'd be making this move all along).

It was deemed a major slap in the face to Budweiser, who has been a World Cup sponsor for over 35 years and had paid FIFA about $75M for this particular World Cup.

Budweiser's initial response was a quickly deleted Tweet that read, "Well, this is awkward."

And now they've had a strike of PR genius and have announced they're giving whichever country wins the whole tournament all the beers Qatar rejected. All the more reason to root hard for the USA.

Glad that whatever the circumstances, Donnie does indeed find a way to make it work:

As we speak he's in the stadium watching USA take on Wales, and the Bud Zero is hittin':

And ope! One step closer to all those beer already, folks.. US just got a goal as I finish this blog.

You can watch live here: