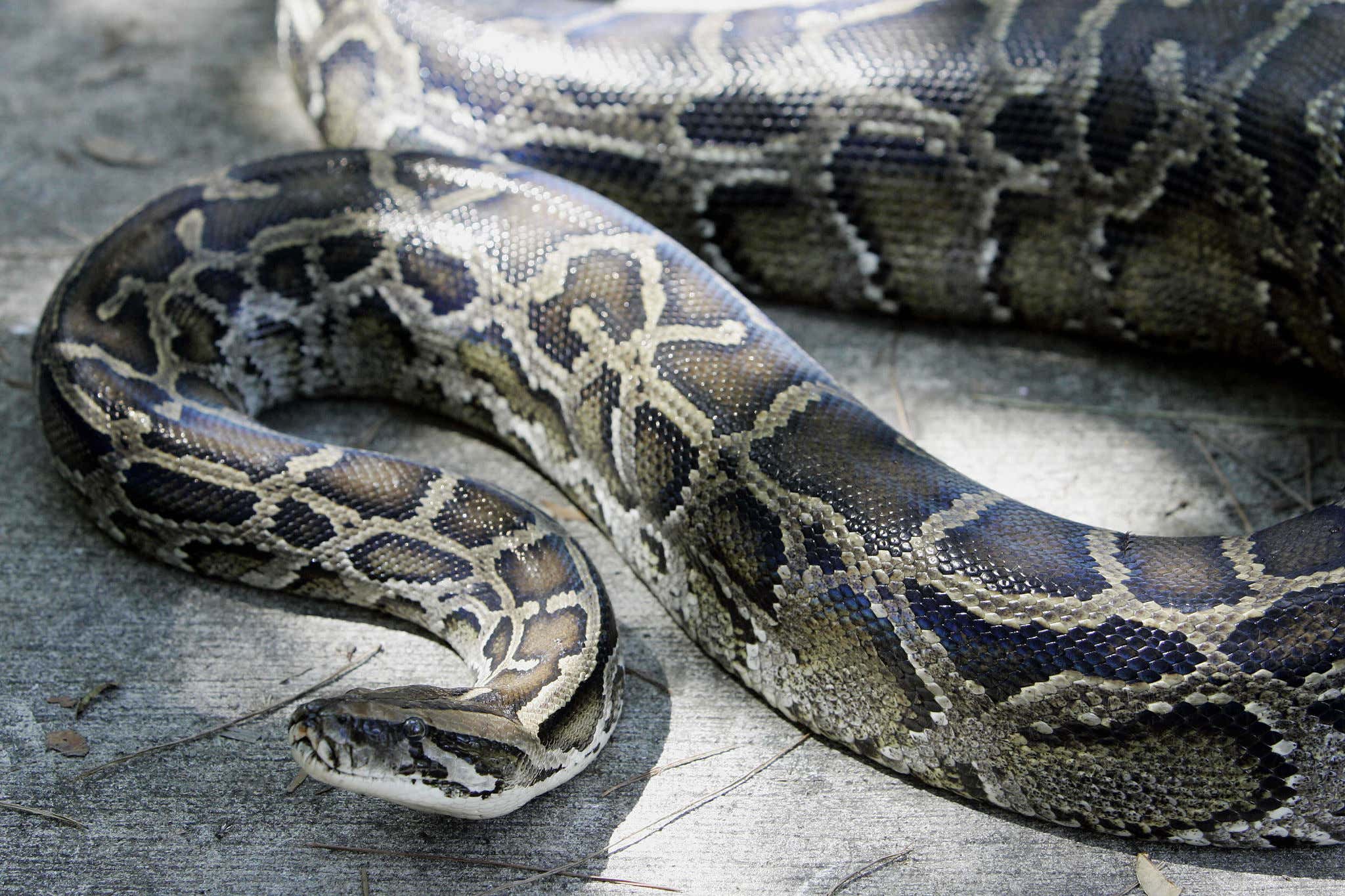 Fox 10 Phoenix- An entire alligator was found inside a massive Burmese python in Florida – and the video has gone viral on social media. The clip was shared by geoscientist Rosie Moore on Instagram where it has racked up over 300,000 reactions. She told FOX 35 that the video was taken several months ago but that she just recently posted it online.

"This particular python was roughly 18-foot and had consumed a 5-foot alligator," Moore wrote on Instagram. Moore says the python was found in the Florida Everglades but not in a national park. It was euthanized and turned over to the research lab for necropsy and scientific sample collection.

Yesterday I wrote about the list of birds I don't fuck with. So I guess now I should let it be known that I don't fuck with alligators and snakes either. Before today I guess I never thought about which one I was more afraid of, but now we have a clear winner. Snakes just took the (gator) bait, pun intended.

I mean holy shit! A 5 foot alligator eaten fucking whole? What the fuck dude? I thought alligators had some spunk to them. How can they be spunky if they allow a snake to eat them whole? Show some fight dude!

I have so many questions. Was he asleep? Were other alligators around that could have fended this off? Were the other alligators just sissies who left their boy alone to get eaten? What would have happened if they didn't find this snake?

I have some questions for the snake too. Did you just do this as a flex? Weren't you full when you got to like 2 feet of the alligator but just kept going like when a restaurant offers your picture on the wall if you can eat a 72oz steak? What was the plan once you ate him? How do snakes shit?

One question that is clearly answered is that snakes can dominate alligators and should be above them on all feared animal lists. Now I know why Indiana Jones hated them so much…